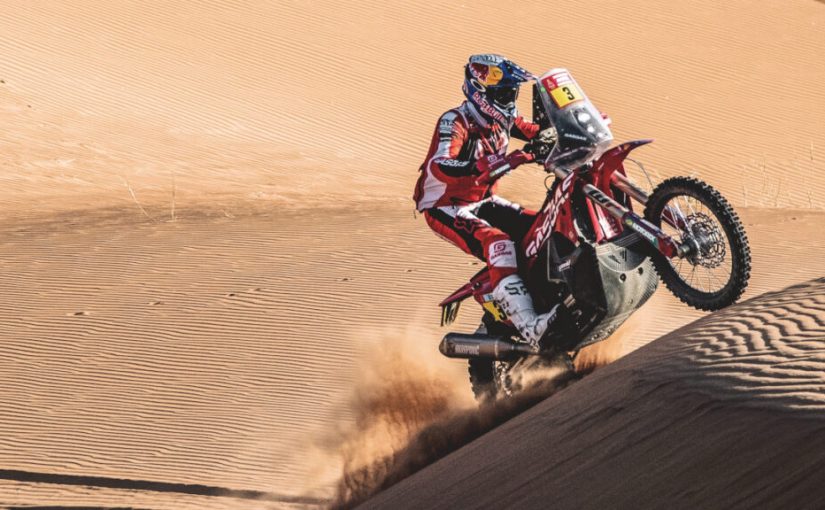 It’s a second victory for the British rider, and a first for GASGAS, as Sam Sunderland wins the 2022 Dakar Rally. The 32-year-old finished Stage 11 in eighth place, giving him the overall win by just under 3 minutes. After almost 40 hours of racing, the top three in the overall standings were separated by a little under seven minutes, with Stage 12 winner Pablo Quintanilla taking second, and Matthias Walkner in third.

The 32-year-old has consistently been near the top of the rankings throughout the 2022 event, and his consistency has been rewarded. And it’s a 19th win in 22 years for KTM, as the parent company of GASGAS.

Sam Sunderland: “Wow. What a feeling! That 10-minute period waiting at the end of the final stage to see if I’d won felt like a lifetime. But this feeling, knowing I’ve won a second Dakar, will stay in my memory forever. This win feels better than the first as this victory was anything but easy. The times were so close this year and there was no time to let off the gas, it was a really close race, right to the end. All of the hard work, the sacrifices, and everything that the GASGAS team has done for me makes it all worthwhile. It’s been five years since my first Dakar win, and it’s been a long time to wait! I’m super happy to get another win and claim the first one for GASGAS. Everyone on the team has worked so hard to achieve this and it’s a true team effort – together we got the job done. Amazing.”

Fellow Brits David McBridge and David Mabbs finished Stage 11 in 56th and 103rd place respectively for the Vendetta Racing team, while Simon Hewitt completed the final stage in 116th. This puts McBridge 47th in the final standings, with David Mabbs in 92nd, and Simon Hewitt in 111th from a total field of 125 riders classified. After retiring earlier in the event due to a mechanical issue, Danilo Petrucci ended 93rd overall, one place behind Mabbs.

Mirjam Pol finished 49th overall and secured the Women’s Trophy by a comfortable margin from Sandra Gomez and Sara Garcia. The Original by Motul standings were topped by Arunuas Gelazninkas from Milan Engel and Benjamin Melot, while the Junior Trophy went to Mason Klein (who also finished 9th in the overall standings) ahead of team-mate Bradley Cox and Konrad Dabrowski. The Veterans Trophy went to Mario Patrao, from David McBridge and Mikael Despontin. The Rally2 class for non-professional riders also went to Mason Klein, from French riders Camille Chapeliere and Romain Dumontier. 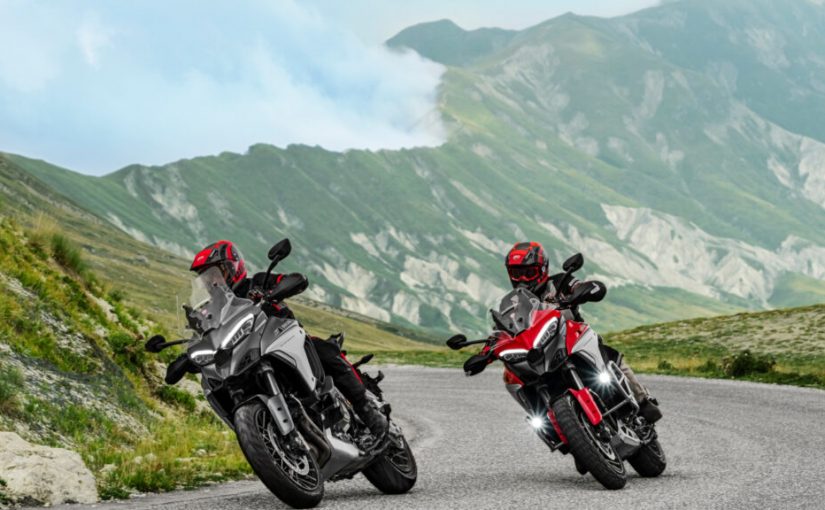 The last 24 months have been chaotic, but the Italian motorcycle manufacturer will be celebrating as Ducati achieved record sales in 2021. The company sold 59,447 motorcycles globally, growing by a massive 24% from 20202, and 12% up from 2019.

Leading the charge is the Multistrada V4, which made up 9,957 of the bikes sold, followed by the Scrambler 800 range (9,059), and the Monster (8,734). And all of this was achieved despite disruption to supply chains and the available workforce, with nine new models set to appear in 2022 including the DesertX off-roader

The biggest market for Ducati is the United States, with sales of 9,007 up 32% from last year. Italy is the second biggest with 8,707 bikes, followed by Germany which saw 6,107 new Ducatis sold. The Chinese market is also increasing in importance, recording 4,901 sales, and gorwing faster than Germany and France (4,352 bikes). In the UK, sales were up 30% on 2020, with motorcyclists buying 2,941 new Ducatis.

Keep up with the latest Ducati motorcycles, including new, classic and custom bikes, here. And if you’re looking to pick up a secondhand motorcycle, why not check out the Ducati models currently on sale via eBay at the moment? 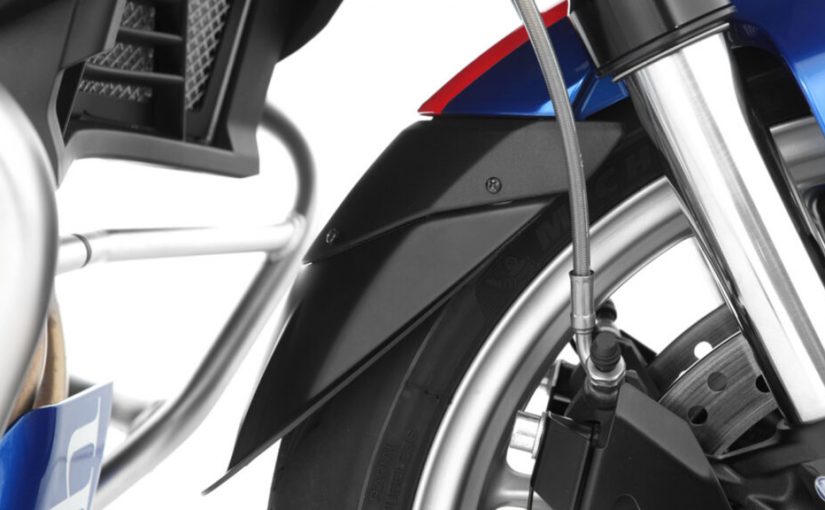 Launched in 2020 as a new middleweight adventure bike with a fairly short front mudguard, owners can now protect their engine casing and front brake calipers with the new Wunderlich Front Mudguard Extender for the BMW F900 XR.

It might be popular to shorten mudguards on cafe racer bikes, but if you’re riding on off-road adventures, commuting or just getting through the winter months, it can be painful to see the damage and corrosion caused by water, grime and rubbish being flung up by the front wheel of your motorcycle. Especially if you’re not able to clean it straight away, or stone chips become a problem.

So Wunderlich now provide a sturdy thermoplastic extender for the front mudguard of the BMW F900 XR to compliment the particularly short standard example. Measuring 14.9 x 21.6cm, you get extra length with a specially flared lip on the bottom edge to help keep everything away from the front brake calipers. Which is handy.

And the black colour matches the design of the original parts, so it won’t look odd or be particularly noticeable beyond cutting down the time spent cleaning your engine casing.

The Wunderlich Xtreme Front Extender for the F900 XR is quick and easy to fit, doesn’t require any drilling, and comes with instructions and fittings for £94. You can find it in the UK via Nippy Normans.

Keep up with the latest news on new, classic and custom BMW motorcycles, here, or more motorcycle products, here. And if you’re thinking about buying a secondhand BMW F900 XR, why not have a browse of the selection currently on sale via eBay. 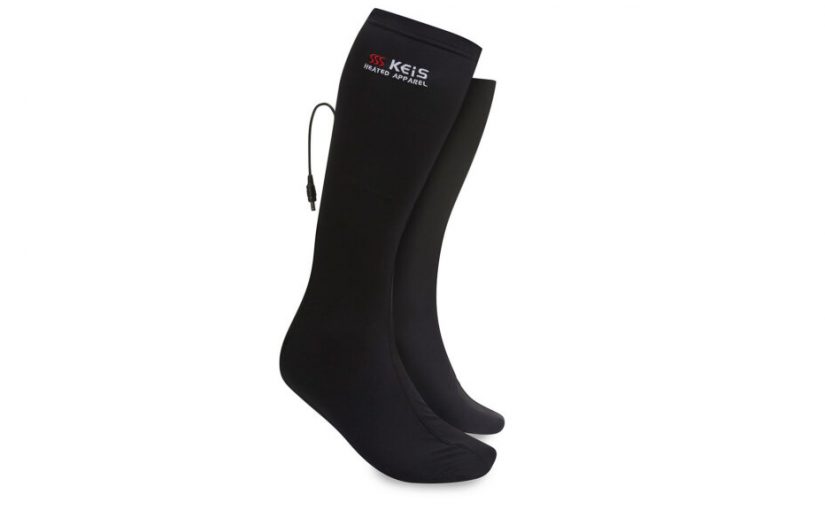 Riding in cold weather doesn’t have to be uncomfortable, but it’s generally your fingers and toes which feel everything first. You can save your feet from freezing on, or even off your bike, with the new Keis S302 heated socks for winter motorcycling or keeping warm wherever you are.

Thick wooly socks are fine most of the time, but can’t do much if you’re travelling at speed. And they tend to be bulky and uncomfortable inside a pair of normal bike boots. So the thin, lightweight and breathable soft-shell Keis heated versions are designed to go over a normal pair of socks when you’re riding. Or keeping your toes warm in the pub without fighting to get near an open fire.

Each pair of the Keis S302 Heated Socks features Micro Alloy Element Technology which draws a modest 0.6Amps for instant warmth, and can be powered directly from your motorcycle battery, or from either a Keis Heated Jacket or Vest (all the necessary leads are included). Which means they don’t have to only be used for motorcycling, so you can be smug if you’re out and about in cold weather. And you don’t have to get cold feet as soon as you get off your bike, which is great for Winter motorcycle meets.

If you want to be able to switch the heated socks on and off, or change between low, medium and high settings, then you can invest in a Light Duty Power Controller, available separately. And despite the technology included, they’re fully machine washable, with a Lifetime Warranty for the heating elements. So there’s no excuse for stinky feet, even if you’re riding all Winter.

You can find all our coverage of motorcycling clothing, here. It includes Winter motorcycling gloves, and we also created a guide to winter biking to help you through the coldest motorcycling season of the year. From picking a bike, to the benefits you can get from riding all-year round. 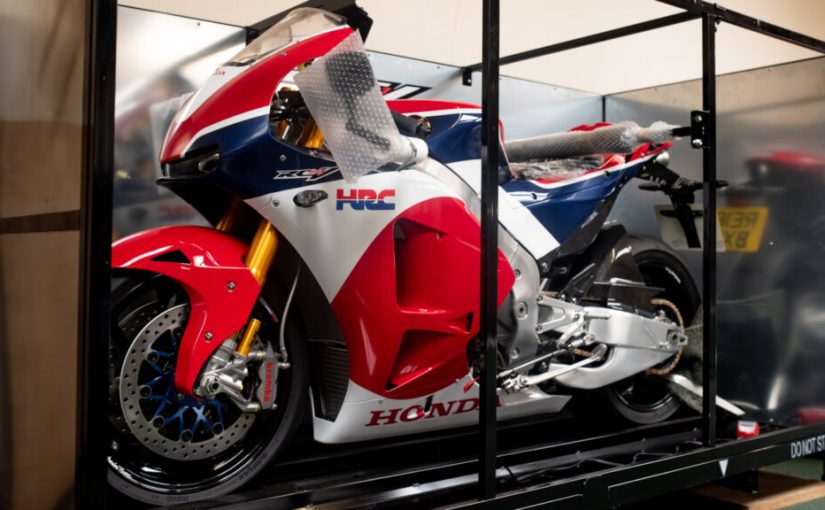 Normally it’s vintage bikes which cause bidding to get out of control, but a mint 2016 Honda RC213V-S has broken auction records after selling for a whopping £182,500.

It’s become the most expensive Japanese motorcycle ever sold at auction. But the price is more understandable when you remember that the RC213V-S was built as a MotoGP bike for the road, with a limited number hand-built by specially-trained Honda engineers. And this example has never been ridden, and it’s still in the original flight case with just one mile on the clock.

The listing by CollectingCars.com included details such as the fact the bike has been registered, and kept on a trickle charger despite never being unboxed.