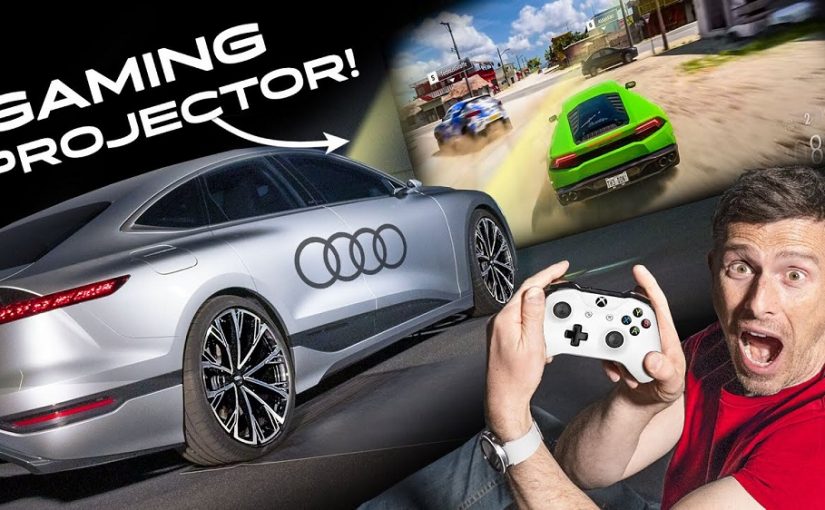 Audi has always been at the vanguard of headlight tech, and the A6 e-tron Concept shows just how bright the future is.

Back in February, the National Highway Traffic Safety Administration made an announcement that will finally drag U. S. headlight regulations out of the stone age. At long last, manufactures will be able to equip vehicles on this side of the Pond with adaptive headlights. The move ends a major technological disparity between European and American models, and means we’re about to see some serious innovation when it comes to illumination. Of course, Four Ring fans know Audi has always been at the vanguard of this cutting edge tech — and this latest video from our friends at carwow demonstrates just how bright the future is.

In this clip, presenter Mat Watson gives us a tour of the lighting system on Audi’s A6 e-tron Concept, and the technology on display here is nothing short of incredible. As opposed to an old-school lightbulb, the headlamps are use LED light and a micro-mirror chip to direct the light. That micro-mirror chip is a matrix of 1.3 individual panels, which are invisible unless you’re looking through a microscope at setting which makes a human hair look like a stretch of freeway.

But while they’re tiny, each individual mirror can be tuned on the fly so the assembly can project anything from still images to video. And here, Watson uses the tech to project a video game on the wall.

Before we get to see him do that, however, we get a demonstration of how the system works on the road, and it’s bonkers impressive. Even north of 163 mph, the system lays down what Audi calls a “carpet of light,” and works with the car’s active safety systems to communicate to drivers when it’s safe to change lanes. Plus, the lights also display a cool welcome message when you start the car. It’s kind of akin to the custom puddle lamps that are all the rage right now — but like a million times more cool. Honestly, even as someone who works in the automotive industry, I was blown away.

All gimmicks aside, advances like this are certainly going to make roadways much safer. Because right now? Poor illumination remains a key reason why the Insurance Institute for Highway Safety docks many new vehicles points. And since the agency says roughly half of vehicle fatalities occur at night, getting the best and brightest solutions available is the biggest of no-brainers. Check out the video below, and let me know what you think! Are you stoked Americans will finally be able to see in the dark properly? 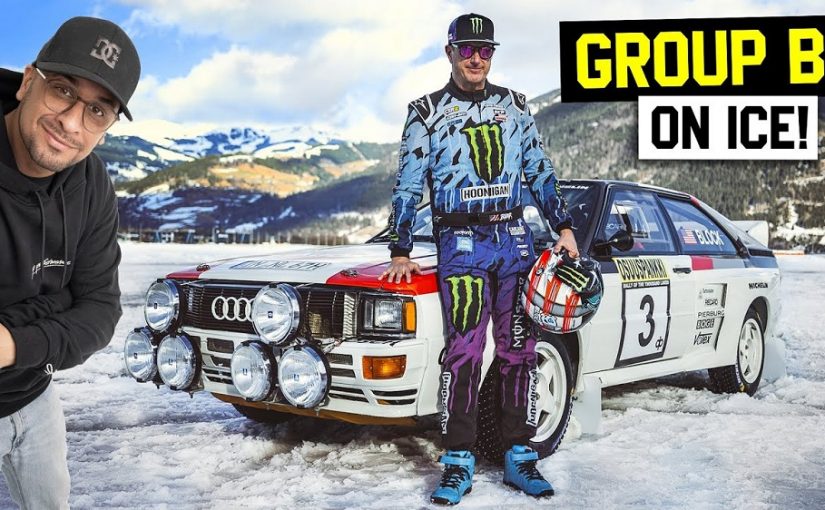 Want to know how much fun can Ken Block have with a Audi Group B car and a frozen track? Watch and see!

In September of last year, gymkhana legend Ken Block announced that he was partnering with Audi to assist in electric vehicle development. For enthusiasts, this was obviously amazing news, as nobody expected Block to be tapped to help with boring stuff like, say, range or practicality. No way. The Hoonigan-in-Chief is all about performance, going sideways, and having fun. So his input is going to help optimize the driving dynamics of Ingolstadt’s new green machines. For proof, look no further than his new Elektrikhana hero car.

As you’d expect, since Block joined the Four Rings team, we’ve seen loads of great video content. From getting airborne in the history-making RS Q e-tron, to flogging the RS e-tron GT on a runway, to ascending the Knife’s Edge in Swing Arm City, Utah, the ace pilot has been busy delivering the goods. Now, there’s a new clip of him driving some of Audi’s iconic Group B rally machines, and if it doesn’t get your blood pumping? You should probably go to a doctor — because you might be dead.

Here, we get to see Block preparing for the GP Ice Race in Austria, which involves a frozen track, a quattro A2 Group B-spec rally car, and boatloads of oversteer. We also get a peak at all the dazzling cache of hot hardware on display at Munich’s GP Performance, which includes gems like an RS2 Avant, a tuned Toyota Supra, a Ferrari 355, and — almost unbelievably — an R18 Le Mans racer. Talk about a kid in a candy store moment!

After that all-too-brief walk through, Block and GP Performance founder GP Kraemer hop into a custom RS e-tron GT and make their way north to the icy circuit, where the real fun begins. Apparently, the Ice Race used to be held on a frozen lake, but after a competitor plunged through the ice into the frigid water, the organizers wisely decidedly to move it to terra firma. Watch the video to check out all the action, and stay tuned for an updates on the forthcoming Elektrikhana video. It’s certain to be mind blowing! 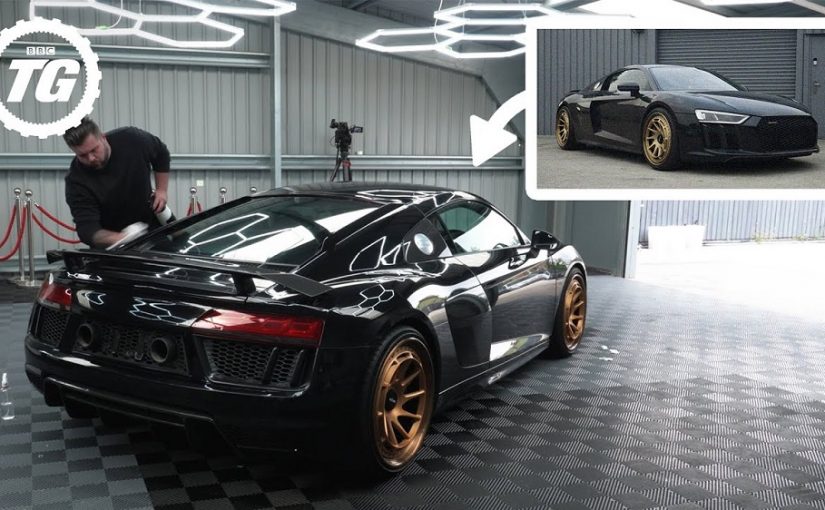 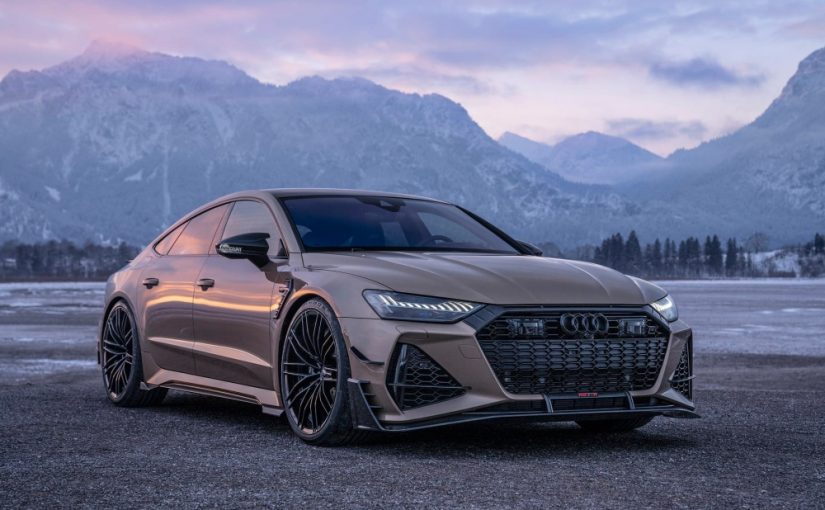 ABT Sportsline knows how to push the envelope and assemble an exciting high-performance machine. We discussed the Tactical Green Audi RS6 Avant, which puts out 700 HP and 650 lb-ft of torque, earlier this month. More recently, the popular YouTube channel Auditography offered an in-depth and cinematic look at the extremely specced out 740 HP RS7-R Sportback ABT.

The company will only produce 125 examples of the high-performance RS7-R Sportback ABT. The car is a 2022 model and flaunts a beautiful Sand beige metallic paint job. The limited-edition RS7-R Sportback also gets a full ABT aerodynamic body kit which includes a wide range of carbon fiber add-ons.

These include the prominent diffuser that dominates the rear end of this 2022 RS7-R. The carbon fiber aero body kit also includes a new front splitter, canards, roof spoiler, and side skirts. The car rides on 22-inch HR High Performance ABT rims that sport a black finish. Continental SportContact 6 tires envelop the dark wheels, which offer a striking contrast to this stunning paint job. This 2022 Audi RS7-R Sportback ABT also gets carbon fiber mirrors and a quad-tip ABT stainless steel exhaust.

Each tip is 102 mm wide, and the exhaust produces an intoxicating racket. Even more impressive is that the power comes from an electrified mill. Under the hood of this RS7-R Sportback ABT, we find a 4-liter twin-turbo mild-hybrid powerplant. The V8 motor produces 740 HP of maximum power and 679 lb-ft of peak torque.

Power is obviously sent to all four corners. The RS7-R Sportback ABT can accelerate to 62 MPH from a complete standstill in 3.1 seconds. Furthermore, the car can also achieve a top speed of 199 mph. The interior also gets ABT Sportline treatment, and we find ABT badging adorning the seats and the shifter of this RS7-R. Throughout the video, we are greeted by amazing shots as the Audi RS7-R ABT tears across the roads of Forggensee, Germany. 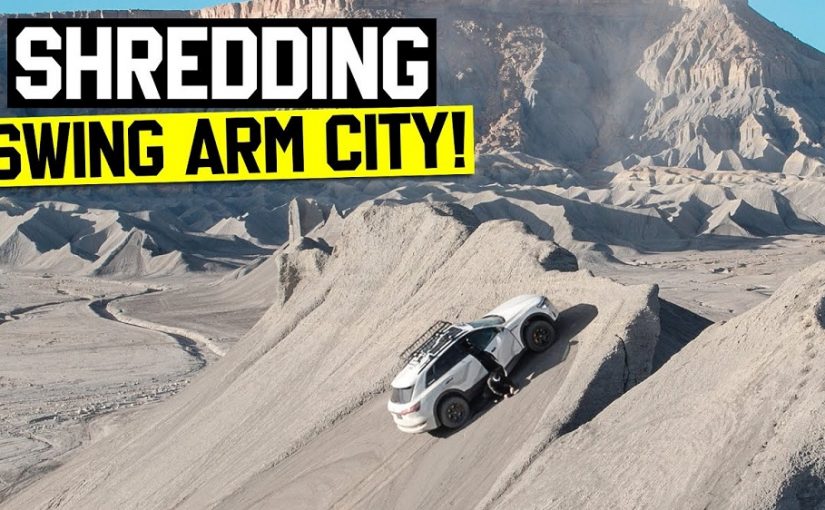 See what happens when Ken Block takes the Audi e-tron to what he calls a “skatepark for dirt bikes.”

Last month, Ken Block unveiled his custom Audi RS e-tron GT, and along with getting a tour of the vehicle, we got to watch him hoon it on a runway with members of his production team riding shotgun. And to be sure, that was loads of fun. But one thing about runways? They’re flat, meaning there’s only so much abject terror the gymkhana master can inflict on his occupants. So for his latest video, Block took the team to Swing Arm City in Utah, which he describes as a “skatepark for dirt bikes” — and it’s about the furthest thing from flat.

The weapon of choice here is an Audi e-tron, and aside from Rotiform wheels, Toyo all-terrain tires, and a roof rack, the green machine is essentially stock. Of course, that doesn’t stop Block from tackling some of the most gnarly obstacles this gorgeous piece of desert has to offer, and the visuals are absolutely stunning. This time, producer Neil Cole is the only one riding along, and from some of the expressions he makes in the various parts of the clip? He’s as excited as he is terrified, so it seems like the Hoonigan-in-Chief is earning his money.

The highlight of the clip is when Block drives the Audi up Knife Edge, a 40-degree incline that punctuates at a razor-thin summit. Allegedly, the inspiration for this stunt was the original ski jump ad which, back in the 1980s, Ingolstadt used to demonstrate just how amazing its nascent quattro all-wheel drive system was.  But if you asked me? I think Block would have tried this even if he’d never seen that — incredibly effective — bit of promotional material. Just what was is George Mallory said about Mount Everest?

So check out the video below, and if you haven’t watched any of the other videos Block and his crew have done with Audi, make sure to circle back on them. In my opinion, they’re getting more and more intense, which can only suggest that the forthcoming Electrikana video is going to be absolutely bonkers. After all, we haven’t even see Block put on a helmet yet, which means all this hoonage has barely been a warm up!