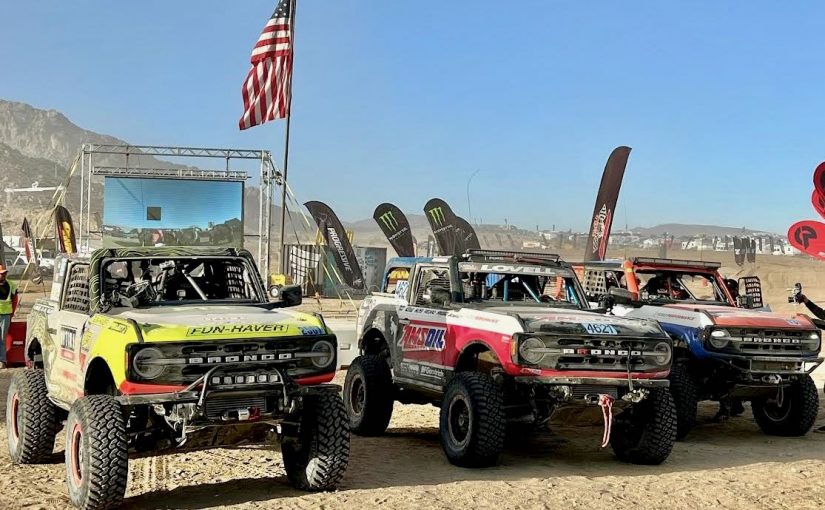 FORD BRONCO, KING of the HAMMERS and Ford Performance will compete in the 17th annual King of the Hammers Ultra4 off-road to defend last year’s 1-2-3 podium sweep. 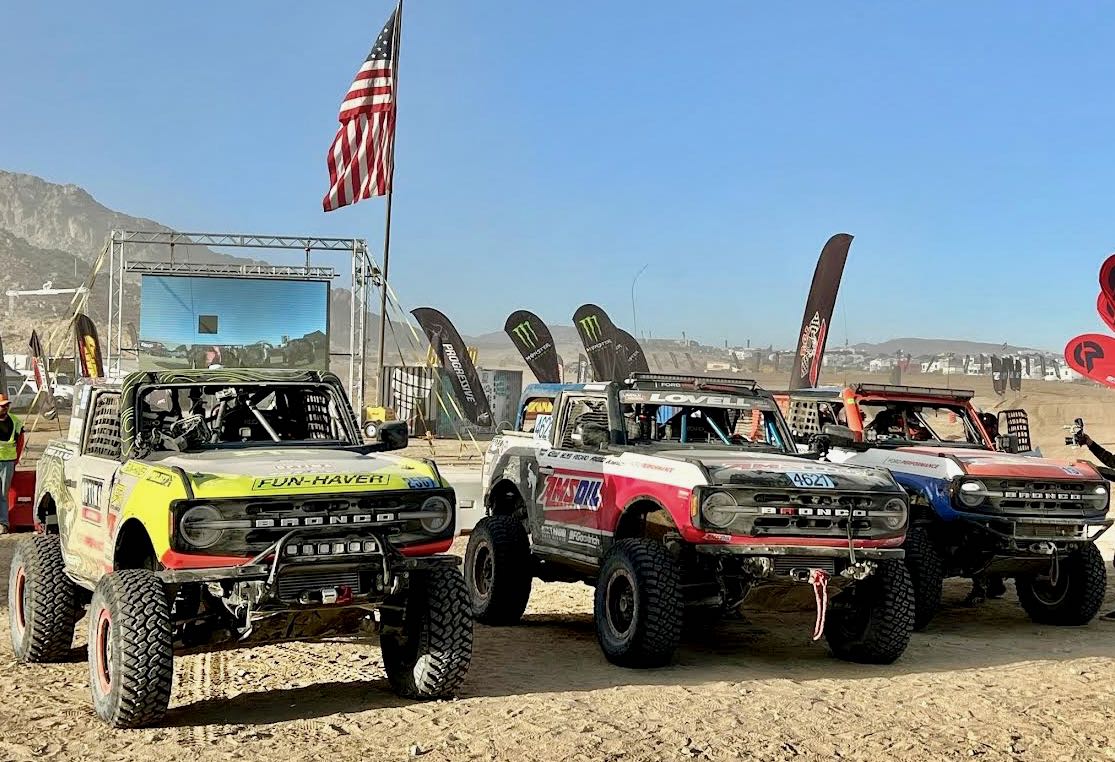 In 2022, specially-prepared Ford Broncos dominated the Every Man Challenge 4600 Stock Class and will be shooting for a win in the 4400 Unlimited Class. Billed as the toughest one-day off-road racing series in America, the 17th annual King of the Hammers, held February 2-11, presents the utmost challenge to showcase state-of-the-art off-road technologies and the Built Wild™ mental fortitude of drivers across a myriad of diverse terrain. The event also serves as the start to the Ultra4 Off-Road Racing season.

“From the Baja 1000 to Best in the Desert, off-road racing is just as much part of Ford’s DNA as track, endurance and rally competition,” said Mark Rushbrook, global director, Ford Performance Motorsports. “King of the Hammers inspires us to ensure every Bronco delivers the capability, durability and high-speed off-road experience our customers expect on the trail, and it led to Bronco Raptor, the world’s first Ultra4-inspired SUV.”

King of the Hammers consists of 90-mile courses across high-speed desert sands and rock crawling across tricky terrain. It is one of the most extreme off-road competitions in the world. Each year, a pop-up city of 80,000 spectators converges on the barren Johnson Valley to watch the race, with millions more viewing online. 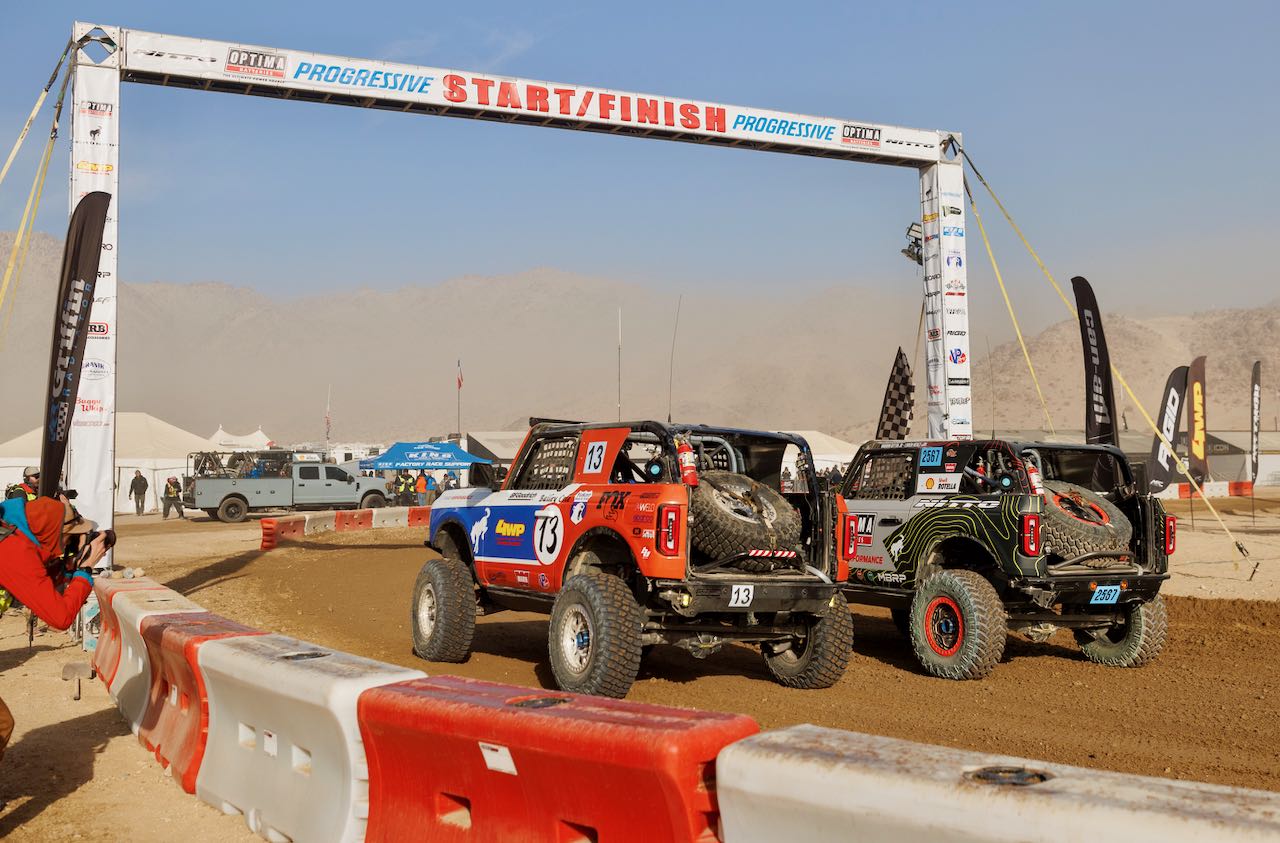 The Every Man Challenge features Bronco 4600s, which start their lives as stock production Bronco SUVs at Ford’s Michigan Assembly Plant before being modified to race class specifications. Vaughn Gittin Jr. and Loren Healy, Bailey Cole and Jason Scherer, and defending race winners Brad and Roger Lovell all return as driver/co-driver highlights to the entry list.

Scherer and Healy (both three-time overall Hammers champs) as well as Gittin Jr. (2021 Ultra4 4400 champ) will be driving double-duty during the event, also competing in the Race of the Kings in Bronco 4400s, the original unlimited class that helped launch King of the Hammers many years ago. 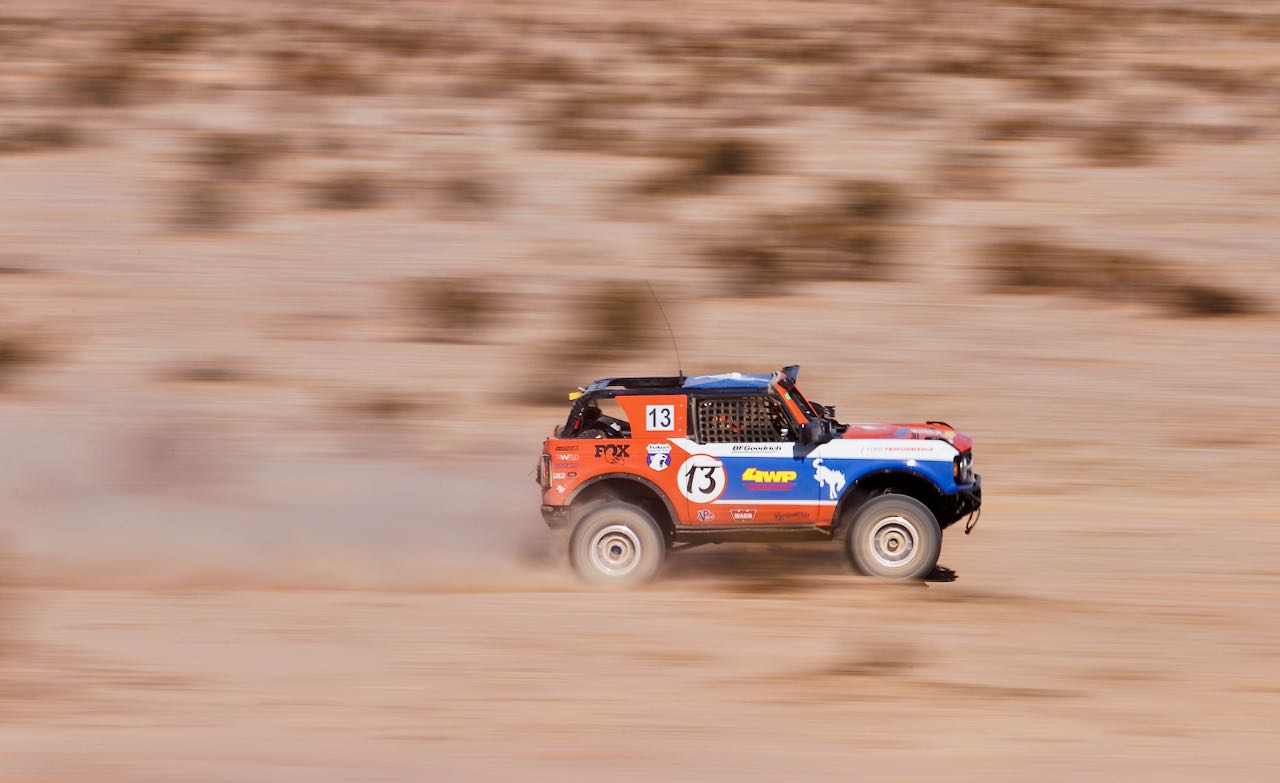 Several Ford Performance hero vehicles will be on display at the event for fans to see up close, including the 2019 Bronco R race prototype, 2022 Baja 1000-winning Ranger Raptor, three-in-a-row Rebelle Rally-winning Bronco Sport, as well as Bronco DR. Fans can also venture over to the Bronco Nation Basecamp, located right in Hammertown, to visit with fellow Bronco enthusiasts.

Ford’s collaboration with King of the Hammers for the third consecutive year signals its continued presence in the off-road enthusiast realm.

“Having Ford as both our official vehicle and a proven competitor in the Every Man Challenge and Race of Kings is as meaningful to our fans as it is to watch racing,” said David Cole, president, Hammerking Productions/Ultra4 Racing. 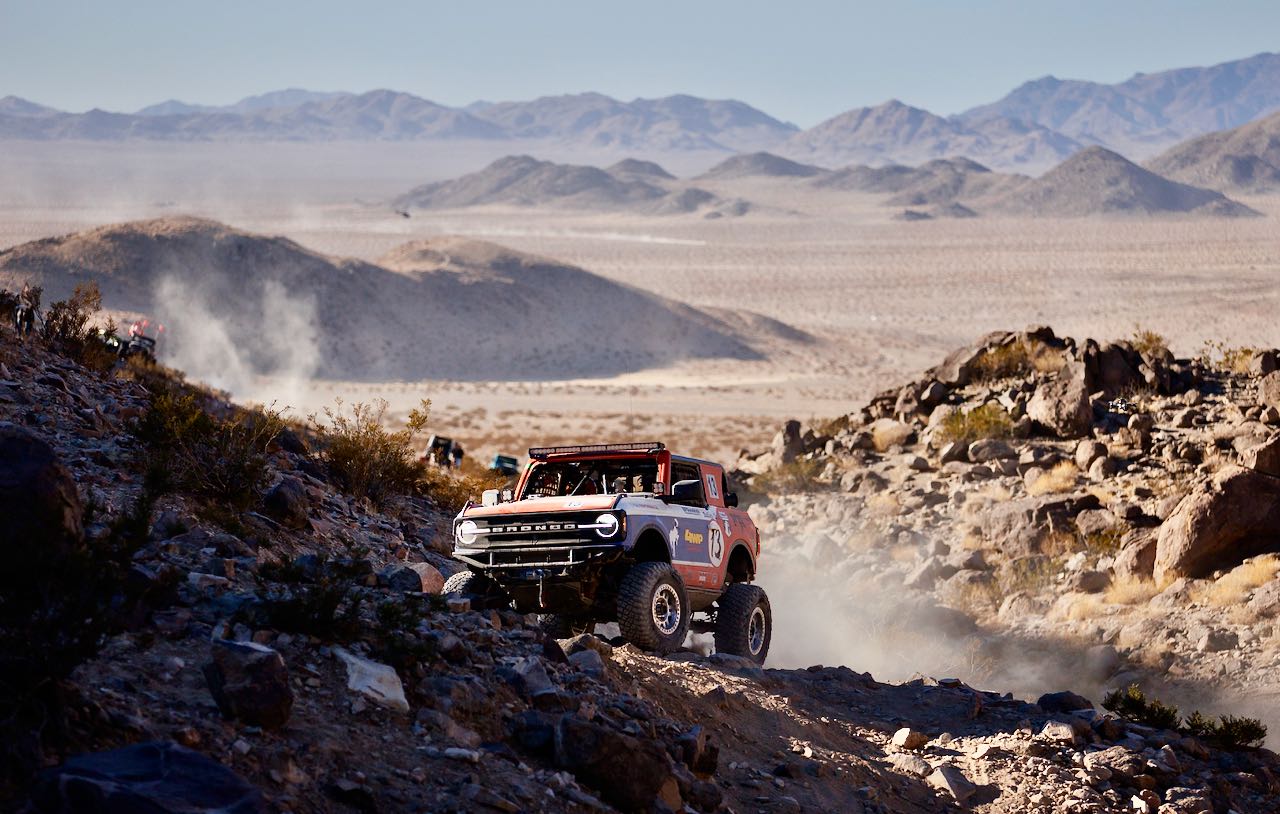 The 2023 King of the Hammers race showcasing FORD BRONCO, KING of the HAMMERS will be live-streamed at  https://kingofthehammers.com/live-stream/ 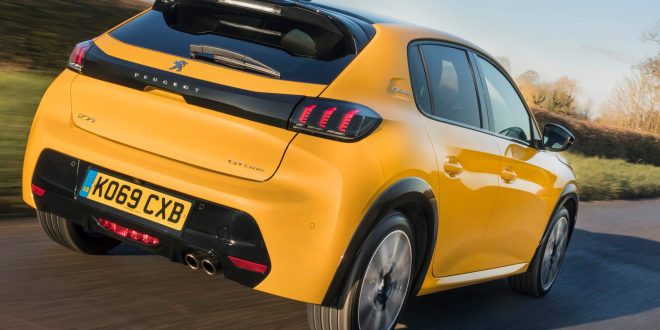 Against the backdrop of various challenges, including the global shortage of chips, soaring inflation and the energy crisis, overall car registrations in Europe declined by 4.1% to 11,309,310.

The strength of the overall Volkswagen model range ensured that it remained Europe’s best selling car brand, with 1.2 billion sales – a 6% decline on 2021.

This growth was driven by the Model Y, Europe’s best-selling electric vehicle, with just over 138,000 registered units. The fully-electric SUV was Europe’s 13th most popular car overall in 2022, pipping the Model 3 (17th). 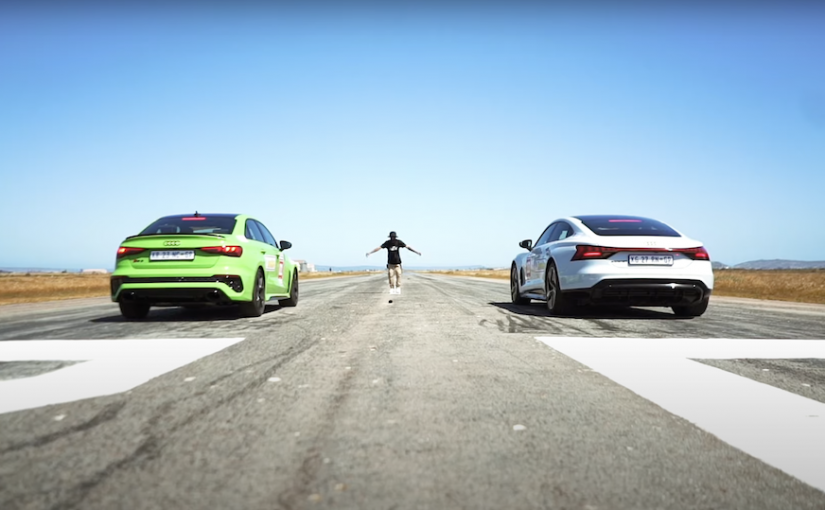 The battle between the new-school Audi e-tron GT and the iconic 5-cylinder turbo RS 3 is far closer than one might expect.

Audi – like many automotive brands – is in the midst of a major transformation from the traditional world of ICE-powered vehicles to all-electric ones. The days of gas-powered machines like the amazing new RS 3 are quickly – and sadly – coming to an end, which means that we have precious little time left to enjoy them. On the flip side, Audi’s newest EV models are also pretty darn impressive, particularly in terms of performance, offering up plenty of thrills, albeit without any sort of glorious engine sounds. However, when Car recently lined up the new Audi e-tron GT Quattro against an RS 3, the results were a bit more interesting than one might expect.

To be more specific, the concept-car-like Audi e-tron GT Quattro is no slouch in terms of its straight-line performance, with (up to) 522 horsepower coming from its dual electric motors – good enough to propel it to 60 mph in less than 3.9 seconds. As we’ve seen in the past, performance-focused EVs tend to make superior drag racers thanks to their instant torque, and that’s certainly the case with this stunning sedan. As good as the new Audi e-tron GT is, however, we can’t forget about the equally amazing RS 3. The sporty sedan is powered by a turbocharged 2.5-liter five-cylinder engine that cranks out 401 horsepower and 369 pound-feet of torque, sending that juice to all four wheels, just like its electrified counterpart. Thanks to a quick-shifting dual-clutch gearbox, the RS 3 rockets to 60 mph in around 3.3 seconds – just a bit behind the e-tron GT. As such, this matchup looks pretty darn good on paper, though only a real-world test such as this truly tells the tale of how these two performance machines compare. As expected, the e-tron GT gets off the line a bit quicker than the RS 3, but the ICE sedan manages to hang with it after that. The two machines pretty much stay there the rest of the way down the quarter-mile, with the e-tron GT crossing the line in 11.6 seconds versus the RS 3’s 11.9-second pass. (Now imagine this race with the RS e-tron GT!)

While these are obviously two very different types of cars, it’s worth noting that the RS 3 is far cheaper – with a starting price that’s less than half of what it costs to get behind the wheel of a new e-tron GT. Given how close the two are in terms of performance, that makes it a rather compelling option for those that aren’t quite ready to take the all-electric plunge. 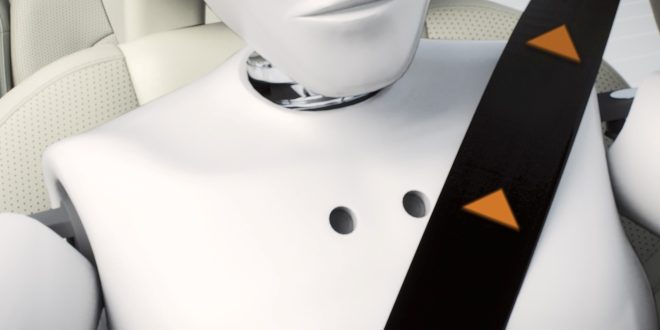 More than two-thirds of motorists believe drivers should be responsible for ensuring all their passengers wear seatbelts, according to new RAC research.

The study coincides with the 40th anniversary of a UK law coming into force requiring drivers to wear seat belts.

Currently, drivers only have responsibility to make sure they and any children in their vehicles are buckled up properly – with the latter potentially needing to be in a child car seat or booster seat depending on their age or height.

The RAC’s research suggests this responsibility should be broadened to include all passengers, with a third of respondents (33%) also believing that drivers should be penalised in the event anyone they’re travelling with is caught not wearing a seatbelt and putting themselves at risk.

A quarter of motorists (24%) believe the current law – where a driver can be fined up to £500 for not buckling up – is too lenient, with a clear majority of these (69%) thinking that those who break the law should pay both a fine and receive at least three points on their licences.

This is something that may come to pass as the Government stated last Autumn it is considering the merits of introducing penalty points for those driving without seatbelts.

Four per cent of drivers – the equivalent of around 1.7m full driving licence holders in Great Britain – admit to driving without a seatbelt over the last 12 months, with around a fifth of these (22%) saying they don’t belt up at least half the time.

In contrast, 7% of respondents admitted to not wearing a seatbelt when travelling as passengers in other vehicles. The law states there are only very few exceptions for not buckling up, including when deemed medically exempt or when reversing a vehicle. 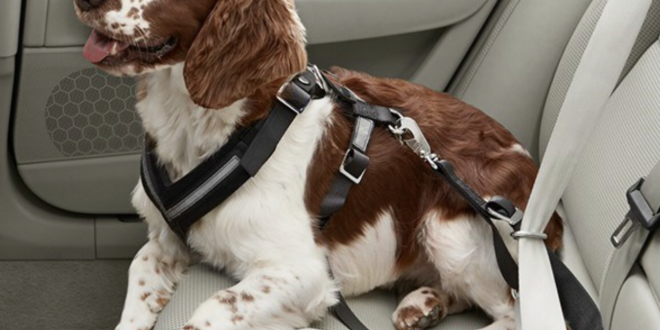 Invalidating your car insurance doesn’t just mean your insurer can refuse to pay out. It can also mean they cancel your policy which can impact the chances of you getting cheap insurance quotes in the future. But invalidating your car insurance isn’t always as obvious as breaking driving rules (like running a red light). To ensure you don’t get caught out, here are five of the most surprising ways you could be

1)  Not restraining your pet

The Highway Code is clear that animals travelling in cars should be properly restrained. It’s also something most insurers expect too and some go as far as specifically setting this out in their terms and conditions.

Securing your pets isn’t just about minimising distractions while you’re driving, it’s for the health and safety of both of you too.

To be on the safe side, consider the best type of restraint for your pet, for example, whether that’s a specially designed pet seat belt or a spacious cage in the boot.

A modification is any alteration to your car after it’s left the factory, whether it’s performance related or aesthetic. Examples of common modifications include wraps, tinted windows, exhaust changes, alloys and spoilers.

Depending on what the alteration is, modifications affect the value, performance and desirability of your car. Not only can this mean it becomes more expensive to repair, but it can also increase the risk of theft and damage. Insurers cover this increased risk and cost by raising the premium accordingly.

Anyone behind the wheel is expected to have full control of the car, including all the foot pedals.

Examples of what some insurers consider inappropriate include:

Insurers base your premium on the potential risk of you making a claim. To work this out, they’ll consider a range of factors including your age, address, job and the type of car you have. If any of your details change, so too does your risk profile.

In some instances, what you need to change might not affect your premium at all. In other examples, it could mean paying more or even paying less. But whatever the change, don’t forget to keep your insurer updated.

You may have to pay a fee to amend your policy but it’s likely to work out far cheaper than the expense of paying for repairs if your insurer cancels your policy.

5)  Having items dangle from your rear-view mirror

If you like to hang keepsakes and good luck charms on your rear-view mirror, make sure they aren’t too big or become a distraction. If they are considered a distraction and you’re involved in an accident, it could be enough for your insurer to reject your claim.

Bear in mind that distractions don’t just include whatever hangs from your rear-view mirror, it can also include eating and drinking at the wheel, or using your mirrors to put on makeup or shave.

When you compare car cover, you’ll usually be asked whether you’ve had car insurance cancelled in the past. If you have, it serves as a red flag for insurers as it will usually mean the policy’s terms and conditions have been broken.

Drivers who have had policies cancelled by the insurer will be considered ‘higher risk’, with higher than average premiums to match. But unfortunately, not telling an insurer about a cancelled policy isn’t really an option. If you’re asked (and you typically will be), you have to be honest. Not telling an insurer counts as non-disclosure which also invalidates policies. So, remember, when it comes to car insurance, honesty really is the best (and only) policy to have.