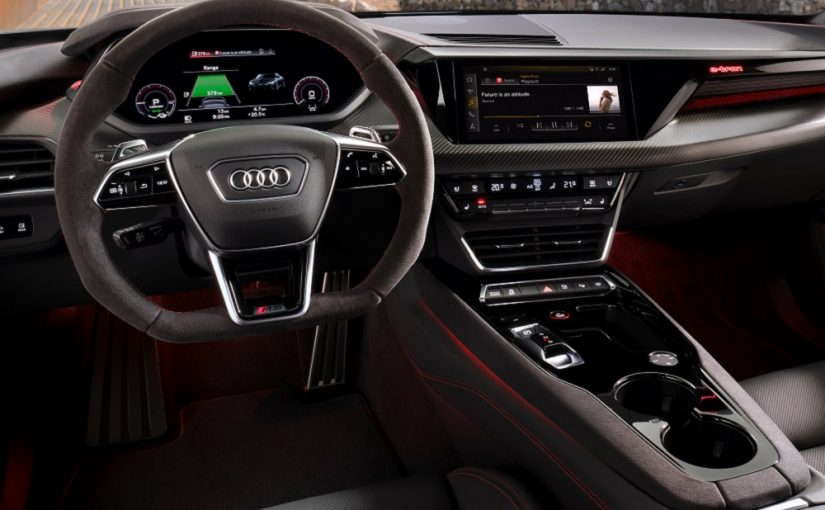 The deal between Audi and Apple means a wealth of content will be available directly through Audi’s native infotainment system.

If Apple Music is your streaming service of choice, Audi has some great news. Because starting for the 2022 model year, most Audi models will have the capability to connect to the service directly through the infotainment system. So even if you forget your iPhone, you’ll still be able to access the tech giant’s wealth of music, playlists, and content. Also, if your older Audi is equipped for over-the-air updates, the new functionality will be available as an upgrade. Here’s the official word from Ingolstadt:

“Integrating Apple Music into the Audio infotainment system marks the next step in the collaboration between Audi and Apple,” said Christiane Zorn, Head of Product Marketing at Audi. “For our customers, it means that we are offering them direct access to their own personalized listening experience. This is our understanding of a premium digital in-car experience. At Audi we are systematically driving the digitalization of the vehicle and we are convinced that the interior is increasingly developing into a third living space.”

The move to embrace Apple’s service is similar to the Amazon partnership Jaguar Land Rover announced in February. And since there’s a winner here? There are also losers. Obviously, Amazon will shrug off the snub. So that leaves Tidal, which Canada’s Financial Post  deftly described as colossal flop, and Spotify, which has proven wildly successful at both attracting subscribers and burning cash, as chief among the also-rans.

At this point there’s no word on cost. For new models, I’d expect that it’ll just be rolled into the MSRP, and since the tech relies on having an Apple subscription, it seems unlikely that Audi would squeeze customers for a secondary one. That said, this line makes it seem like it’ll be free for existing Audi owners too: “The integration will be conveniently rolled out to vehicles already on the road via an automatic over-the-air update.” Personally, I think something that’s done automatically implies free? But if you own an Audi and see an extra charge on your credit card, please let me know!

Now, in the interest of full disclosure, I should mention that I’m an audio Luddite who somehow signed up for Apple Music by accident. I’ve also never used Spotify and wouldn’t use anything affiliated with Kanye West if you put a gun to my head. So I can’t compare those services. But I will say that Apple’s musical library is more even comprehensive that even Amazon’s, which is saying something. I can’t wait to try out Apple Music on my next Audi press car.