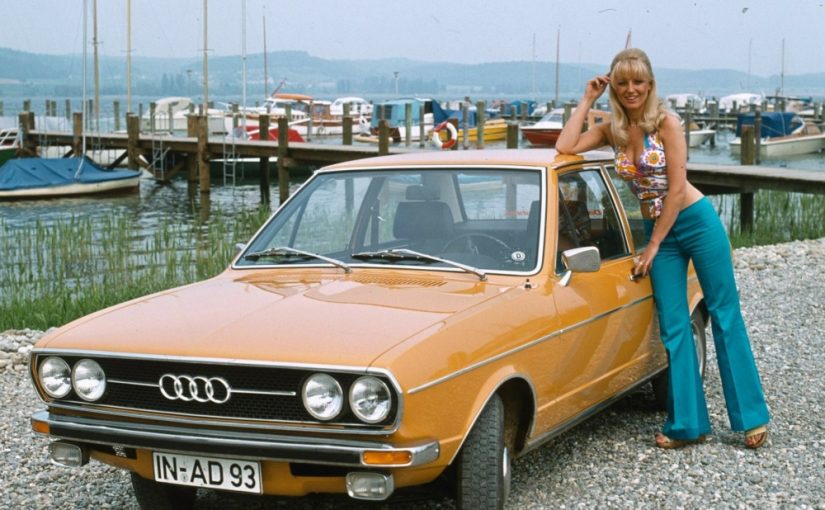 Half a century ago, Audi 80 established the compact sedan segment. The Ingolstadt brand recently revisited the iconic 1973 “Car of the Year.”

With its spacious front-wheel-drive offerings, Audi established itself as a successful automaker by 1972. German engineer Ludwig Kraus was responsible for advancing the brand to the next level with the legendary Audi 80 B1. Recently, the Ingolstadt brand celebrated the 50th anniversary of this iconic nameplate by highlighting all the milestones that the 80 achieved in its day.

Audi 80 made its debut in July 1972 with unibody construction. At the time, most automakers were still offering sedans with body-on-frame configurations. As a result, the entry-level two-door variant of the 80 only weighed only 1841 lbs. Race cars of the era were the inspiration behind the lightweight construction of the 80. Even though it was an engineering masterpiece, the car didn’t sell in large numbers initially.

Nevertheless, Audi 80 defined a new segment: the compact sedan. With a 97.2-inch wheelbase, the 80 was only 164.6 inches long, making it ideal for the European market. Member of the Board of Management of Audi AG for Technical Development Oliver Hoffman shared his appreciation for his predecessor’s work. “In an impressive way, the Audi 80 demonstrates that Vorsprung durch Technik is a tradition at Audi,” shares Hoffman.

The Audi 80 could deliver impressive fuel efficiency with its on-head camshaft motor. The popularity of the 80 was skyrocketing during the first oil crisis. The car was finally a sales hit in the USA, where it was sold under the moniker “Fox.” In addition to the entry-level 1.3-liter version of the EA 827 engine, the 80 was also available with a 1.6-liter powerplant. The more capable motor could churn out 98 HP of maximum power in its factory tune.

Initially, customers had to settle for a four-speed manual gearbox, but Audi soon offered 80 with the option of a three-speed automatic transmission. With its diagonal breaking diagram, the Audi 80 was much safer than its rivals at the time. The stopping power came from disc brakes up front and drums at the rear. This was one of the reasons why the 80 received the “Car of the Year” award in 1973.