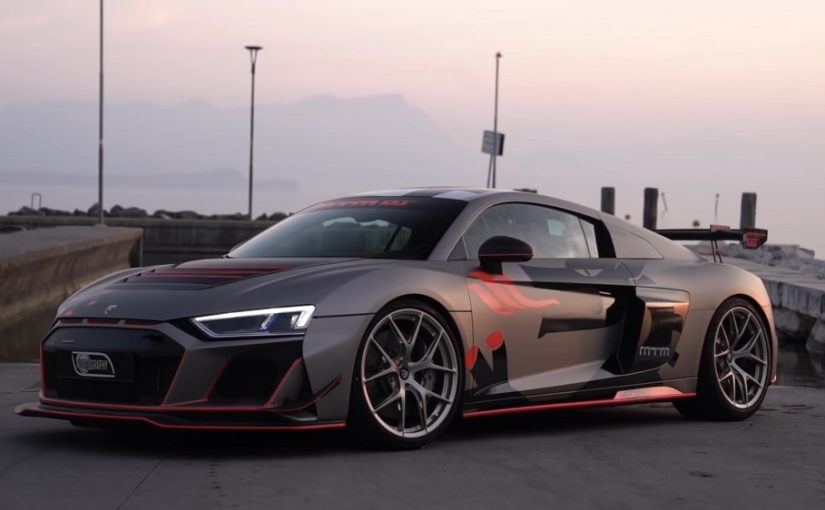 It’s not like the Audi R8 V10 isn’t crazy quick out of the box — but there’s no kill like overkill.

In May, I posted about how the mad scientists at MTM turned a 2021 Audi RS6 into a 1000-horsepower monster, and now, there’s a new video showcasing more of the company’s handiwork. This time, the folks at the Miami-based shop turned their attention to the R8 V10, and as you can imagine, the results were impressive. Thanks to a $35,000 supercharger, this baby is now pumping out a robust 822 horsepower and 523 lb-ft of twist.

Given that the most potent versions of the R8 are “only” packing 602 horsepower and 413 lb-ft at the crank, that’s a serious improvement — even if finding a place where you can use the extra poke might prove tricky. Fortunately, even if you’re not smashing through the 200-mph barrier on a runway somewhere, the modifications made to this land rocket give it an unhinged exhaust note that gearheads will love hearing at any speed. Even if their neighbors might not appreciate the extra drama.

According to the description, Auditography posted along with the clip, the addition of the blower means this R8 will rocket from zero to 60 mph in a blistering 2.75 seconds. Other than noting that the stock wheels have been swapped with forged FI-R units from BBS, there’s no mention of precisely what else has been done to the car. Well, other than the custom wrap, that is. But if this were my car, I’d have left the exterior factory, as the graphics are a little too busy for me.

That said? I have to wonder why they MTM went with a supercharger here as opposed to opting for turbos. Given the crazy gains that are possible just by upgrading the snails on the RS6, I would have expected them to take a similar route with the R8. Especially since the folks at Underground Racing have been using twin turbo systems to push the sexy sports coupe into four-digit horsepower territory for years. Am I missing something here? Hit me up and let me know!