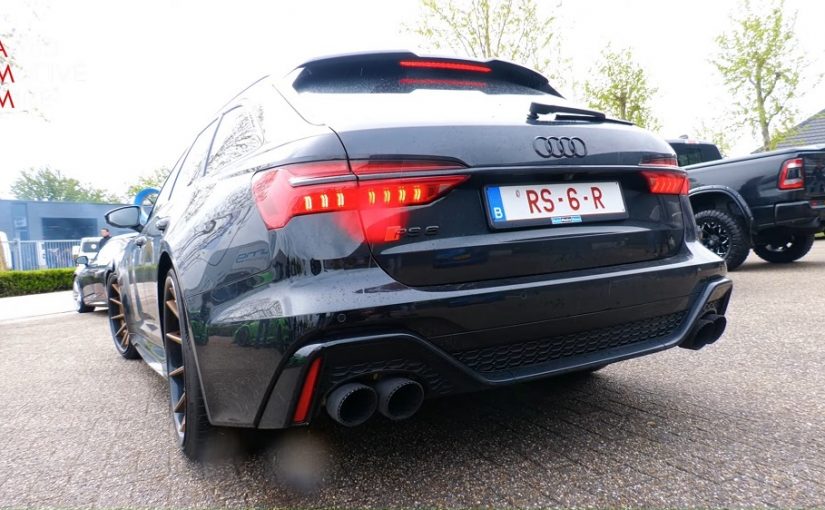 The custom exhaust of this wicked Audi RS6 Avant takes the snap, crackle, and pop all the way to 11!

While it’s a wagon, or an estate if you want to be all European and fancy, the Audi RS6 Avant is anything but a sleeper. Even in factory form, this baby looks more aggressive than a grocery getter has any right to be, and you’d have to be illiterate in all things automotive not to suspect something powerful lurks under the hood. Straight from the factory however, it doesn’t sound terribly beastly, especially in the old country, where the engine is muffled by a mandatory OPF exhaust particulate filter.

Of course, the aftermarket has plenty of solutions to wake up Ingolstadt’s potent twin-turbo 4.0-liter, and this system from Capristo Exhaust sounds positively brutal — even if it might not be everyone’s cup of tea. It ditches the OPF filter, and apparently, and semblance of baffling to produce a noise that’s positively demonic, as you’ll discover as soon as you hit play. According to Automotive Mike, this machine is producing a whopping 830 horsepower, so it’s not a case of bark being worse than its bite, either.

The 239 horsepower increase isn’t the most I’ve seen on a new RS6, but it’s close, and along with the Stage 2 tune and Milltek Downpipes, this baby is rocking a trick set of bronze Ferrada wheels. While I’m generally not a fan of aftermarket wheels, I think these look spectacular, and absolutely love how the blue-painted brake calipers look behind them. While it’s hard to go wrong with red ones, this subtle difference in color choice really makes them pop. It probably doesn’t hurt that this lovely shade of blue is one of my all-time favorite colors.

Now, I’m of two minds on this exhaust. On the one hand, it’s way, way, too loud for me. Maybe if I lived in the middle of nowhere, I’d be comfortable with it, but driving this in a city like Seattle is going to be pretty obnoxious. And it would make your neighbors totally hate you. But I happen to love the complete riot of snaps, crackles, and pops that accompany the overrun here. Even if I know that it’s all electronic trickery and completely unnecessary, it still makes me giggle like a four-year old. That said, watch the video and let me know what you think. Is this the kind of treatment you’d consider for your ride? Why or why not?