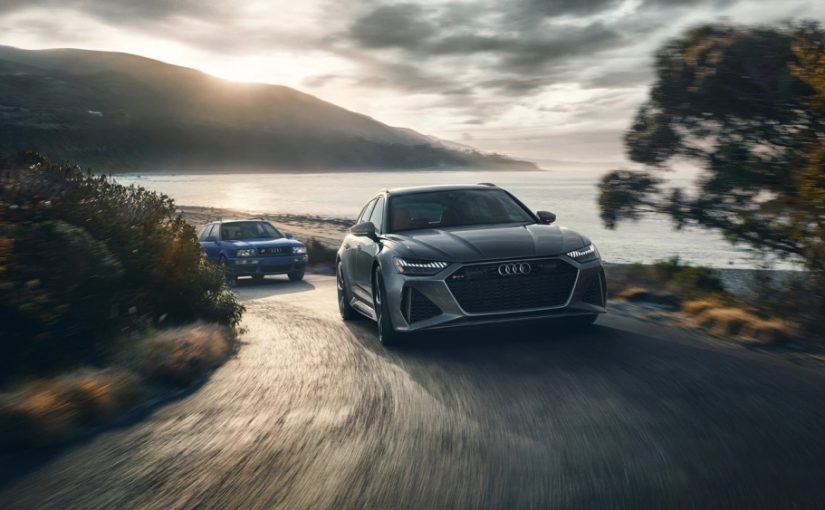 Audi might introduce the RS6 Avant e-tron at the same time as the upcoming A6 e-tron electric sedan.

Earlier in March, Audi announced that it will no longer develop IC engines. Since then, the pace of Audi’s electrification strategy has skyrocketed. Most recently, the Ingolstadt automaker’s all-new 2022 Audi A3 made its stateside debut with a standard MHEV variant. Now, according to a recent Autocar report, the German car manufacturer might soon introduce an all-electric Audi RS6.

Right now, the e-tron GT and RS e-tron GT are the only performance electric models in Audi’s arsenal. According to the report, the Audi Sport division is also transitioning into the electric-only future along with the automaker. As a result of this, the company is developing an all-electric performance estate model. The alleged offering might take on the Audi RS6 Avant e-tron moniker.

Back in April, Audi unveiled its A6 e-tron concept. Autocar claims that Audi bosses have almost confirmed that this concept will also lay the foundation for an electric estate version. The report also claims that Audi might launch both offerings at the same time, which means we can expect the battery-electric Audi RS6 Avant e-tron to make its global debut as early as 2023. It is also possible that RS6 Avant e-tron and A6 e-tron might share Volkswagen Group’s Premium Platform Electric (PPE) vehicle architecture. The automaker is collaborating with Porsche to develop VW’s premium EV platform. So far, we do not have any information regarding the performance figures of the upcoming estate.

If Audi decides to use RS e-tron GT quattro’s powertrain to propel the RS6 Avant e-tron, then the electric estate might get a 93 kWh lithium-ion battery pack. Furthermore, the RS6 Avant e-tron might also get a dual synchronous electric motor setup with a maximum power output of 590 HP (637 HP in boost mode) and 612 lb-ft of peak torque.

Audi wants its electrified product portfolio to be responsible for 40% of its global sales volume by 2025. The automaker will introduce 30 electrified offerings by 2025, out of which 20 models will be battery-only products. The German company will also introduce its final internal combustion model in five years. At the same time, Audi America wants one-third of its portfolio to have some level of electrification. 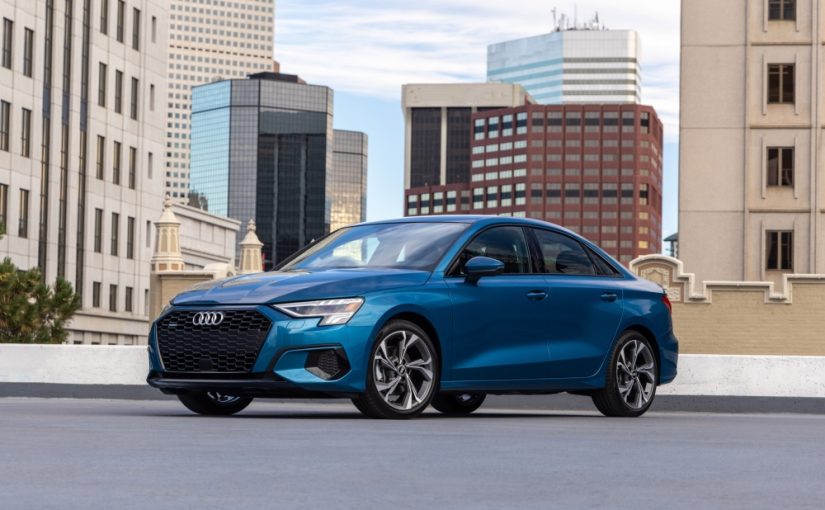 With the 2022 model year of the Audi A3, the Ingolstadt automaker celebrates its nameplate’s 15 years of success in the US market.

The all-new 2022 Audi A3 is finally here, and the new models are now arriving at dealerships across the country. According to the German automaker, its latest installment of the A3 sedan comes jam-packed with Audi’s flagship technologies. The new sedan gets a 10.1-inch Audi MMI touchscreen display infotainment system as standard. Customers also get the option of upgrading to a larger 12.3-inch Audi Virtual cockpit.

On the tech front, Audio also offers a top-view camera system, and an optional heads-up display in the new A3. In the US market, the Audi A3 made its debut back in 2005, which means the 2022 model year of the nameplate celebrates over 15 years of A3’s success in the country. Under the hood, a 2-liter TFSI motor powers the 2022 Audi A3 sedan. The motor produces 201 HP of maximum power and 221 lb-ft of peak torque.

The S3 variant gets a more capable turbocharged powerplant which produces 306 HP and 209 lb-ft of torque. For the first time in the history of the nameplate, the 2022 Audi A3 also gets a 48-volt mild-hybrid (MHEV) system as standard. The feature can shut the engine down for a limited time in certain situations. This allows the car to coast while consuming a very tiny amount of fuel. As a result of this, Audi was able to enhance the fuel efficiency of the 2022 A3 sedan. The 2022 Audi A3 gets a plethora of new safety features and is available with Audi cruise assist.

The design of the 2022 A3 also gets minor updates. The front-end is dominated by an RS-inspired honeycomb grille. We also find Audi’s signature Matrix-design led headlights and muscular contours or, as Audi likes to address them- quattro blisters. On the safety front, Audi offers the lane departure warning feature as standard on the new A3. Customers can also opt for advanced driver assistance features, which include Audi cruise assist with lane guidance and much more. 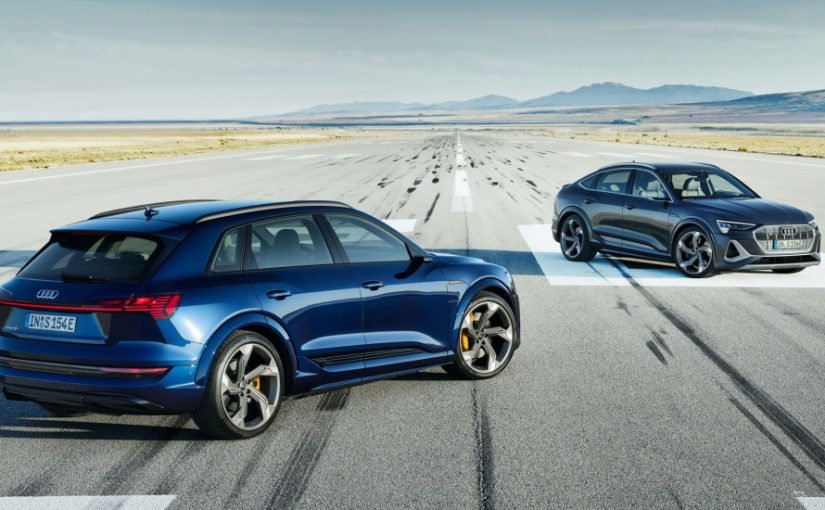 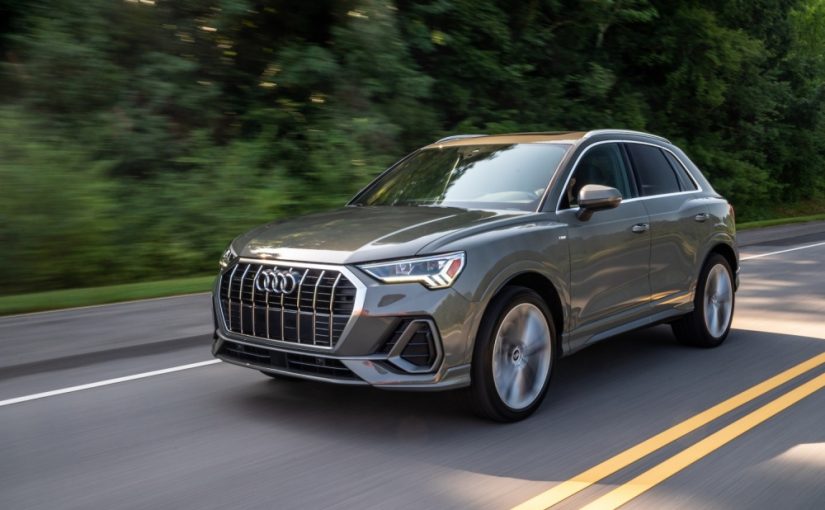 Just like the rest of the world, the automotive industry was also not impervious to the effects of the ongoing global pandemic. Surprisingly enough, as many car brands struggled to manage the fallout of the devastating COVID-19 crisis, subsidiaries of the Volkswagen Group somehow managed to achieve record sales. As we reported earlier in April, VW’s supercar sub-brand Lamborghini closed its first quarter of the year by setting yet another sales record. Audi of America has now announced that it also managed to achieve multiple sales and delivery records in Q2 2021.

With 66,995 units sold in the second quarter of 2021, Audi of America recorded a 92.3% increase in deliveries as compared to Q2 2020. The auto group also announced that its year-to-date sales were up by 59.9% YoY, with 121,835 units sold. This was also Audi’s “best first-half sales results” and “strongest quarterly sales results” of all time. It is worth noting that the company’s high-riding offerings were also its best-selling products during this period, which acts as a testament to the popularity of the SUV and crossover segment in the U.S. Having achieved these impressive milestones, the company also shared its goals for the rest of the year. “In 2020, Audi sold 186,620 vehicles in the U.S., and this year, we look forward to the next chapter in our journey to reinvent premium mobility with the arrivals of the fully electric Audi e-tron GT and Audi Q4 e-tron,” Audi of America said.

The Q5 proved to be Audi of America’s MVP with a 133% increase in deliveries during the second quarter of the year and 85% growth in YTD sales. Other models like the Audi Q3 and Q5 also contributed significantly to the sales growth and proved to be crucial in achieving the record-setting results for the second quarter and the first half of 2021. Audi of America did experience a slight decline in the sales of its certified pre-owned vehicles.

The second-quarter deliveries of Audi CPOs dropped down by 2.1% to 14369 units, and the overall CPO sales were down by 3.3% YoY. The Audi Q8 was the most popular certified pre-owned model, and the sales of Q3 and e-tron CPOs also experienced substantial growth during the period.