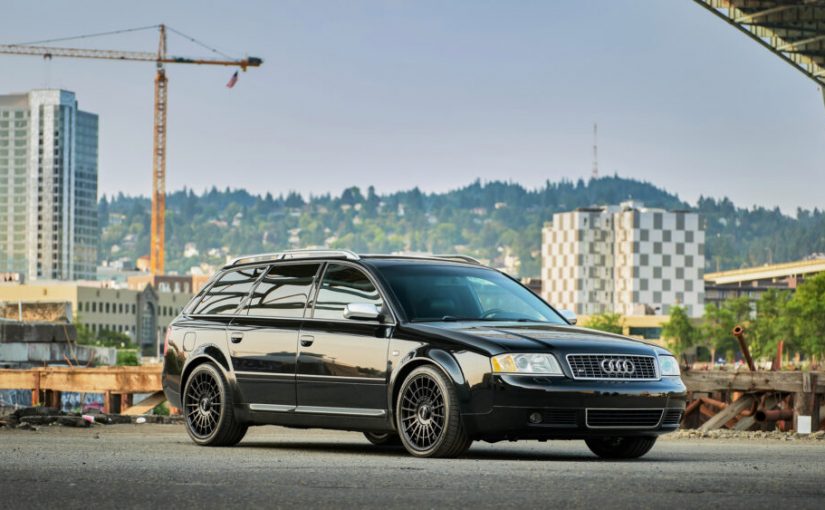 Black-over-black S6 Avant with quattro lives on the West Coast, logged 178,000 miles upon its 4.2-liter V8 with modded software.

The baddest Audi wagon in the United States right now is the RS 6 Avant. Nearly 600 horses and 600 lb-ft of torque, all through the famous quattro all-wheel drive system, plus plenty of room and luxury for everyone to enjoy. Of course, it’s not the first Audi 6 to grab the hearts of a few families. Just some 20 years before, the C5-era machines brought the S6 quattro to the table, including an Avant of its own.

One such S6 Avant from 2002 recently turned up on Bring a Trailer, looking blacker than black, times infinity. Is it as metal as it sounds? Let’s have a look to confirm, yes? Once upon a time, this S6 Avant rolled out of a California dealership wearing black over black, lending to its death metal exterior. Since then, it spent most of its life along the West Coast, taken up to Oregon after a stay in Georgia. Under the hood of the S6 Avant is a 4.2-liter V8, which was modded with new engine management software from JH Motorsports. All of the 340 or so horses go to the quattro corners via a six-speed manual transaxle, itself a replacement unit. The V8 logged under 178,000 miles in its life thus far, including 35,000 miles with the seller. Behind the big V8, the S6 Avant’s interior features acres of black leather with burl wood accents to break-up the darkness. Meanwhile, the Audi Symphony Bose system waits for the right song to accompany the V8. Of course, since it’s an Avant, that also means plenty of room out back to hold all of the groceries. Or, perhaps, a few bags for a long trip across the country. Though this S6 Avant looks intimidating on the outside, it’s a family friendly machine within. Not to mention the thrills it offers to every occupant while on the road. However, the tough looks guarantee no lesser challenger will try to test the Audi’s might underneath the long black hood. Not that such a challenge wouldn’t go unanswered, of course.