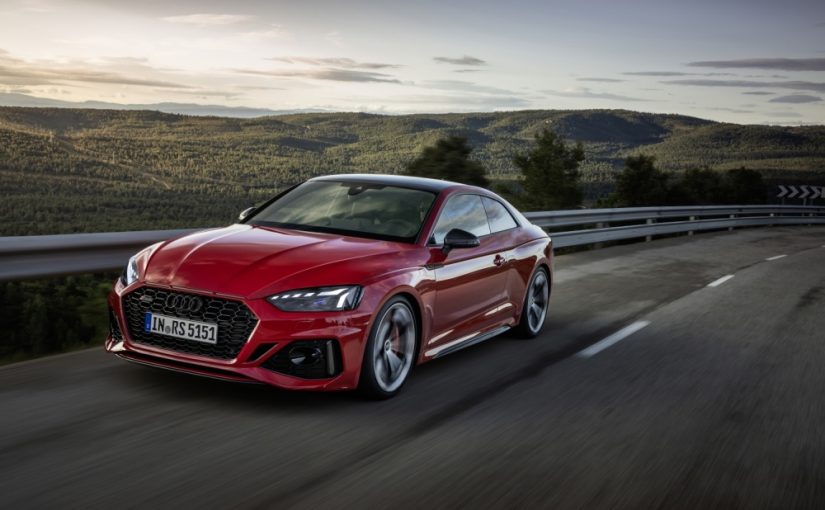 Customers in the United States can now buy more extreme versions of the 2023 Audi RS 5. The automaker’s new competition package for the RS 5 Coupe and RS 5 Sportback recently made its world debut. For the 2023 model year in the US, Audi Sport offers both technical and visual improvements exclusive to these two models.

Buyers can opt for the Competition package from the Ingolstadt automaker’s performance division for just $16,100. We expect the company to start accepting orders starting next month. Prices for the Audi RS 5 Coupe start at $75,900, whereas the Sportback version gets an MSRP of $76,200. Audi Sport now offers the models within a new sports exhaust system on the performance front.

In addition to lesser insulation between the cabin and the engine bay, the new exhaust also flaunts matte black tailpipes. The exhaust also reduces the overall weight by 18 lbs and delivers a more aggressive exhaust note. With the new package, the 2023 RS 5 coupe can hit the 60 MPH mark from a complete standstill in 3.7 seconds. 2023 Audi RS 5 Coupe and Sportback can achieve a top speed of 180 MPH with the new competition package.

The Sportback variant with its 444 HP bi-turbo V6 powerplant can make the same run in 3.8 seconds in the same configuration. In the dynamic driving mode, the fine-tuning of the engine control software allows it to make tighter load changes with the S transmission mode. The new RS twins also sit much closer to the track as the company has reduced the ground clearance by 10 mm over stock models.

Furthermore, the driver can also manually reduce the ride height by an additional 10 mm. The cars ride on a coilover suspension setup with a front sway bar. The vehicles come complete with sharper steering, and the quattro sport rear differential also gets enhancements. According to the company, the RS ceramic front brakes reduce the stopping distance of the new RS models by 6.5 feet (from 62 MPH). For this reason, Audi Sport also made enhancements to the ABS and the transmission control unit. 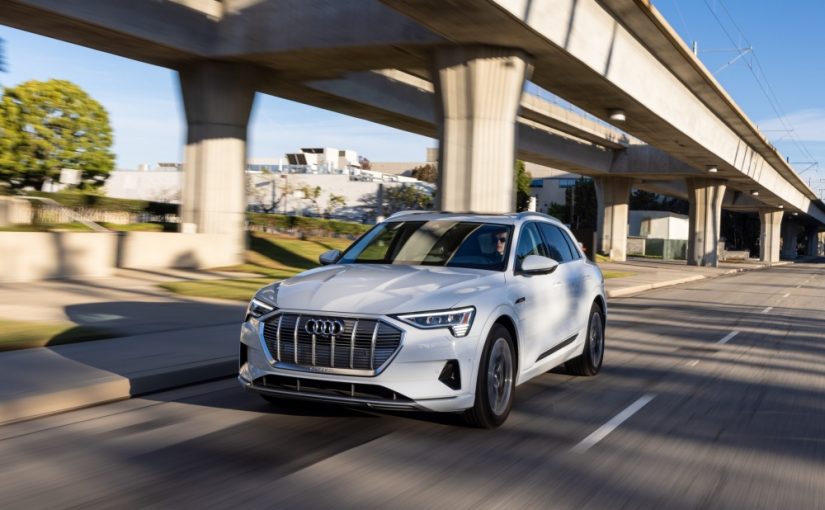 The German automaker will be expanding its EV lineup later this year. Audi is now updating its US product portfolio for the 2023 model year.

The Ingolstadt brand is introducing the 2023 model year for the United States. Audi’s 2023 MY lineup will get a slew of minor and major updates across the company’s portfolio. Every single Audi model now gets additional standard and optional equipment. These include the entry-level Audi A3 and Q3 variants and the top-of-the-line A8 and Q8 offerings.

Audi will also be expanding its EV portfolio later this year. The automaker will add the Audi Q4 e-tron Q4 Sportback e-tron to its lineup. For now, the 40 and 45 variants of the 2023 Audi A4 get LED headlights with integrated LED DRLs. One will also find a Bang and Olufsen sound system in the Premium Plus trim of the nameplate, and the convenience package for the entire A4 range now gets the adaptive cruise control feature.

Audi is also updating the appearance options for the 2023 A4, including new wheels. In addition to a wide range of equipment, the Premium variant of Audi A6 and S7 now get adaptive cruise control as standard. As part of the Executive package, Audi now offers the 2023 RS7 with a remote park assist feature and a black Dinamica headliner. For its 2023 model year, the adaptive cruise control feature is standard across all Q5 and SQ5 variants.

November last year, the 2022 Audi A8 facelift made its world debut. As a result of this, the 2023 update now gets only minor updates across the range. Audi A8 customers opting for the German automaker’s Comfort Plus package will now get HD matrix design LED headlights. Audi will now offer the high-octane S8 version with a Valcona leather interior.

SUVs and crossovers are the best-selling body types in the market right now. Nevertheless, Audi did not refrain from updating its range for the 2023 model year. The automaker’s Q3 nameplate now gets a wireless phone charging pad and LED headlights with LED daytime running lights as standard across the lineup.

The company also offers an optional appearance package for the 40 and 45 variants of the Q3, which gets new wheel options. Perhaps one of the most significant changes for the 2023 model year is a new entry-level engine option for the Audi Q7. The SUV now gets a 2-liter four-cylinder motor which churns out 261 HP of maximum power. 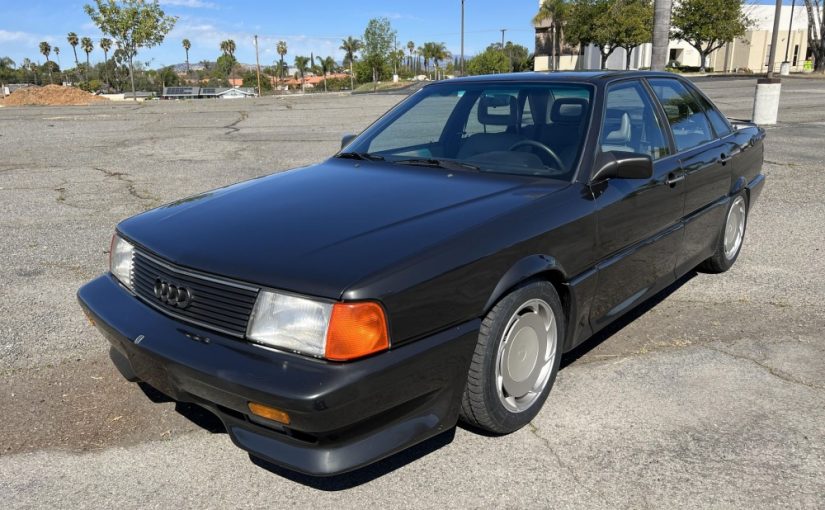 In one of his recent videos, famous YouTuber Doug DeMuro offers an in-depth look at quite a rare Audi model. The car we have here is the Audi Treser Super 5000, and it is currently up for sale on Doug DeMuro’s enthusiast car website Cars & Bids. Walter Treser is the mastermind behind this obscure Audi model.

Treser is famous for playing a crucial role in integrating Audi’s proprietary quattro all-wheel-drive system in Audi vehicles. He later set up his own tuning company, which built many quirky models over the years. Unfortunately, Audi Treser Super 5000 models in the US didn’t get any performance upgrades because of emissions restrictions.

As a result, this car produces the same power as a standard Audi 5000 despite its aggressive body kit. For those unfamiliar with the Audi 5000, the nameplate had one of the most ill-fated stints in the US. Allegations regarding unintended acceleration resulted in a major recall. This also severely damaged the reputation of the Audi 5000, causing its sales to fall drastically. Under the hood of this Audi Treser Super 5000, we find a 2.1-liter five-cylinder motor.

It was later revealed that the automaker was not at fault, and “panic, confusion, or unfamiliarity with the Audi 5000” were responsible for the unintended acceleration cases. The turbocharged powerplant hooks up to a three-speed automatic gearbox and propels the front wheels of this Treser Super 5000. The engine could churn out 140 HP of maximum power in its factory tune and 149 lb-ft of peak torque.

DeMuro shared his thoughts on the Treser Super 5000. “I will say that the owner of this car, the seller on Cars & Bids, told me that there was some talk that there was some extra power put in when these cars came to North America, but both he and I agree you don’t really feel it when you’re driving the car around. It feels quicker than you’d expect for 140 horsepower actually, but it doesn’t feel dramatically quick,” shares Doug.

The car also rides on 15-inch wheels and has 73,700 miles on the odometer. At the moment, the highest bid for this 1985 Audi Treser Super 5000 stands at $5600, and the auction ends in four days. “I gotta say you know this car is interesting. It’s fun, it’s quirky; obviously, you would be the star of a RADwood event in this car, any 80s, 90s car gathering, this thing would be a hit,” said DeMuro. 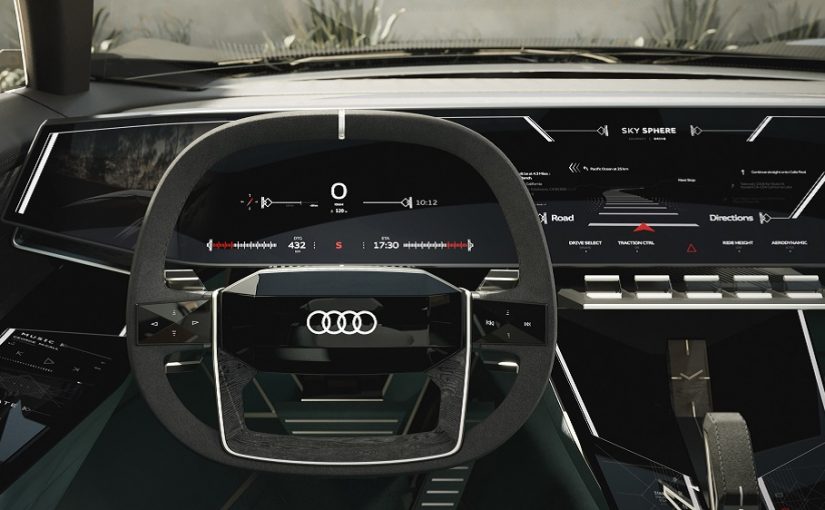 As Audi announces the possibilities of forthcoming 5G tech, the 3G shutdown means many older vehicles will lose functionality.

This week, Audi announced a new partnership with American wireless network provider Verizon. The agreement will bring 5G connectivity to forthcoming Audi vehicles, and according to the press release, the upgrade will begin for the 2024 model year. While it doesn’t specify exactly which models will get the tech first, you probably don’t have to tighten your thinking cap to determine this tech will launch on some of Audi’s higher dollar hardware. Here’s what Filip Brabec, senior VP, Product Planning for Audi of America had to say:

Audi was the first automaker to bring in-vehicle Wi-Fi to customers as well as 4G LTE connectivity in the 2015 A3, and we will be among the first to bring the next generation of connectivity to our customers in the U.S. We value our partnership with Verizon and their eagerness to push the boundaries of what’s possible as cars continue to become even more connected.

Along with faster streaming speeds and enhanced navigation functionality, the announcement also mentions “cloud-based user profiles” and “mobile retail capabilities” — which both sound like things I’d pay to opt out of.  That said, the the technology does offer an opportunity to respond directly to nearby vehicles using “Cellular vehicle-to-everything (C-V2X) technology.” This kind of communication is tremendously important for the development of autonomous vehicles, and will be also be harnessed to protect pedestrians, cyclists, and other high-risk groups like school children.

The partnership between Audi and Verizon comes at a time when millions of American drivers are discovering that many current connected features will be disabled when U.S. wireless providers shut down their 3G networks. According to Audi USA’s official page on the 3G shutdown, vehicles as new as 2019 will be impacted, though with varying degrees of severity. For example, owners of 2016 through 2018 A3 e-tron models, will no longer be able to use the app to start or stop charging, precondition the cabin, set departure times, or monitor the vehicle status remotely.

Owners of A4 models between 2017 and 2018 will lose even more functionality, including Audi connect CARE’s SOS and emergency call feature, online roadside assistance, Audi Service Request, Audi incident assistance, remote lock and unlock, vehicle status report, and stolen vehicle locator. With the shutdown currently underway, many owners are scrambling to determine which functions they’ll lose and whether it’ll be possible to retrofit their vehicles.

There’s a great thread going here at Audi World where members are sharing their concerns, and if you’re concerned about what this change could mean for your vehicle, I encourage you to check it out. 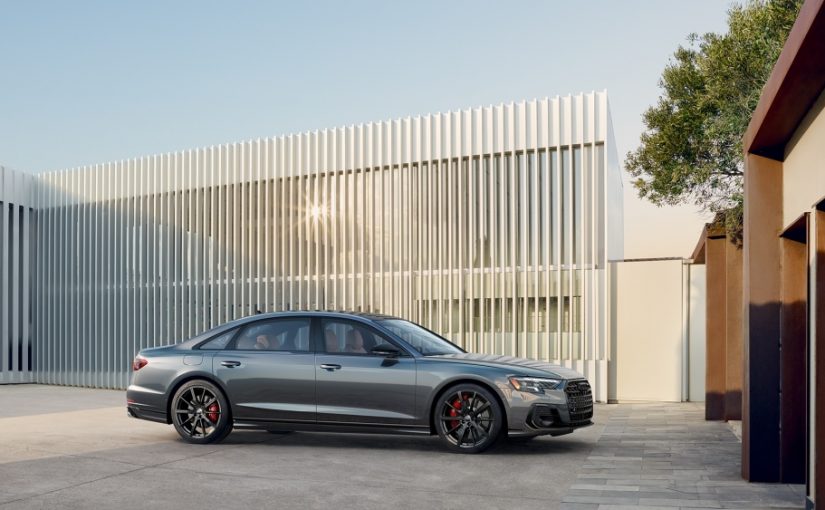 The 2022 Audi A8 and S8 sedans are finally here, and even though the prices of the new A8 start at $86,500, the automaker’s more capable sedan gets a substantial price drop.

We have been impatiently awaiting the arrival of the refreshed Audi A8 for a while. The Ingolstadt-based automaker’s all-new luxury sedan made its world debut in Europe in November 2021. Now the refreshed 2022 A8 and S8 sedans have arrived in the US to defend Audi’s title as a segment leader in the luxury sedan space.

Both offerings get a slew of updates, and the most capable variant of the nameplate also receives a new pricing structure. Starting with the 2022 Audi S8, the prices of this performance sedan start at $116,900 (excluding destination charges), which makes it $12,600 cheaper than the previous model. The new A8 is only available in the luxury sedan’s L 55 TFSI version and prices for the 2022 model year start from $86,500.

Audi offers the 2022 S8 with all-wheel steering and air suspension as standard. Under the hood of this super sedan, we find a 4-liter twin-turbocharged V8 motor. The TFSI engine produces 563 HP of maximum power and 590 lb-ft of peak torque in this tune. The comparatively tamer 2022 Audi A8 L 55, on the other hand, gets a 3-liter six-cylinder motor. The turbocharged powerplant of the 2022 Audi A8 produces an impressive albeit relatively modest 335 HP and 369 lb-ft of torque.

Both Audi A8 and S8 now get new headlight clusters that house 1.3 million micro-mirrors that enable the Digital Matrix feature. The rear ends also get new OLED taillights with stretch across the width of the new sedans. Understandably, the all-new 2022 Audi S8 sports the more aggressive design of the two offerings. A larger radiator grille dominates the front end, and at the rear, we find a four-tip exhaust.