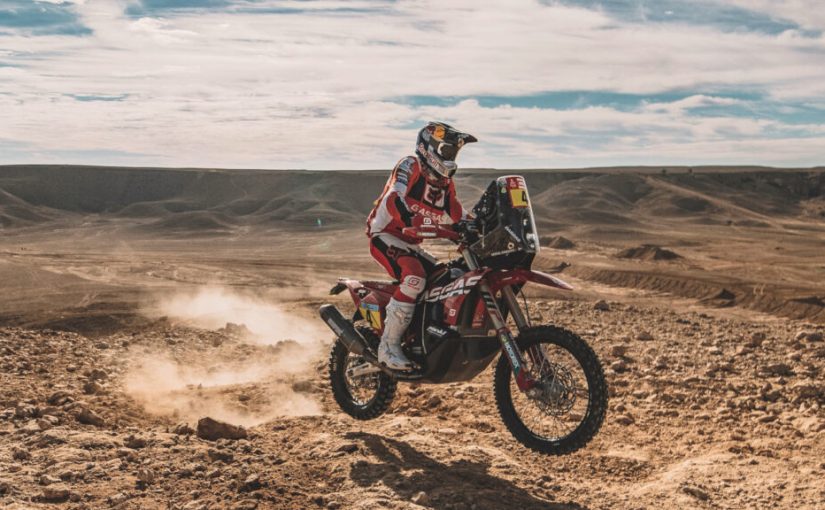 As one of the toughest events in motorsport, it’s almost impossible to predict what could happen. And that’s been proved one again as Cornejo wins and Sanders crashes out on Dakar 2022 Stage Seven.

Monster Energy Honda rider Jose Ignacio Cornejo Florimo took his first stage victory in the event this year as the second half of the Dakar began after the sole rest day. He finished ahead of Kevin Benavides for KTM, and team-mate Joan Barreda Bort. Luciano Benavides was fourth for Husqvarna, just missing out on a stage podium with his brother.

It was a win for Daniel Sanders and a second place for Sam Sunderland as the GASGAS Team dominated a shorteded Dakar 2022 Stage Six. The route was cancelled after 101km and just under an hour of riding as tracls had deteriorated so much due to the passage of cars and tucks, combined with recent torrential rain.

It wasn’t stopped early enough to prevent a fall for Danilo Petrucci, who had a heavy crash after opening a stage for the first time after his historic victory on Stage Five. Or for Yamaha rider Ross Branch, who finished second on the podium yesterday behind Petrucci, but was forced to retire from the event after a big accident damaged his motorcycle too much to continue. Sadly the American rider Skyler Howes withdrew after Stage Five after hitting his head in a crash and injury his angle and shoulder.

But it was happier news for Daniel Sanders, who moved up to third overall after claiming his second stage win of the 2022 event. 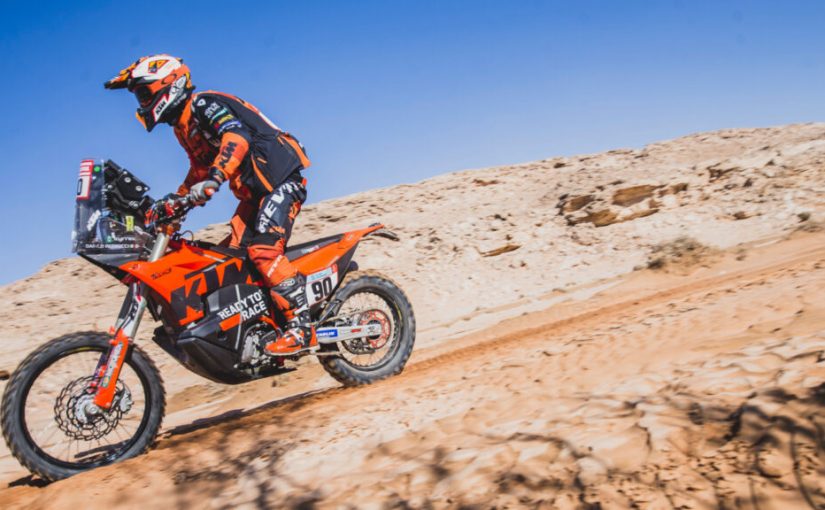 The Italian former MotoGP race winner continues to impress on his rally debut, as Danilo Petrucci wins Stage Five of the 2022 Dakar Rally. Despite injuring himself before the event started, and then retiring due to mechanical problems on his KTM, Petrucci was able to win by just two seconds from Botswana’s Ross Branch.

Danilo Petrucci: “When I started today, speed was not my focus. I was working on my navigation. Then after a while I started to throw down. I eased off again in the dunes because I’m still worried about my ankle.”

Despite the fact he’s ruled out of the overall results, Petrucci almost claimed his first podium on Stage Four, before being demoted by a penalty. But this time the decisions went in his favour as Toby Price was penalised for a speed limit offence on the stage, which was shortened due to the need for medical air support to be mobilised. 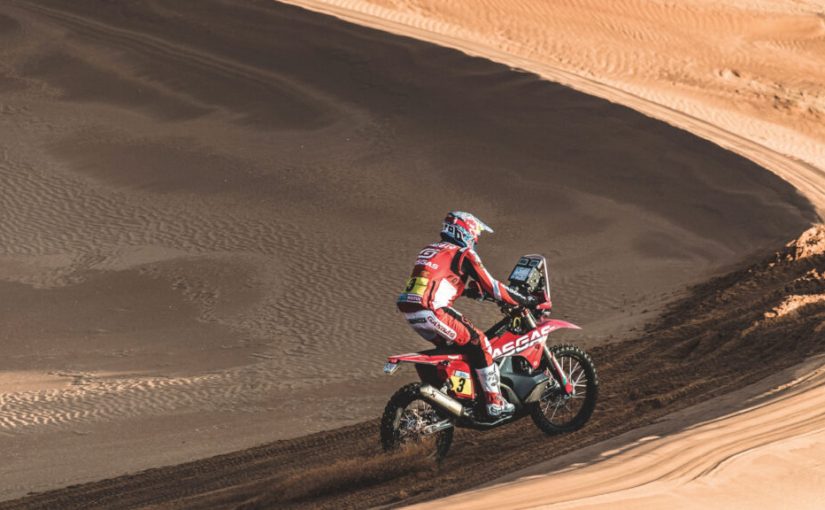 A second win for the British rider was always a good possibility, but it’s looking slightly more likely as Sam Sunderland holds onto the 2022 Dakar Lead after Stage 3.

The GasGas Factory rider lost a little time on the fast third stage after a minor issue locating a waypoint, but was ultimately able to recover and finish in 17th. This keeps him just four seconds ahead of Yamaha’s Adrien Van Beveren, with Matthias Walkner in third overall.

Sam Sunderland: “Today was very sandy, and very fast! I had a little bit of difficulty finding a waypoint, which allowed a few riders to catch up with me, so I knew I’d lost a bit of time there. But overall, it wasn’t too bad. We’re in for a really long stage tomorrow so starting further back is a good thing and I’m excited for a long day on the bike.”