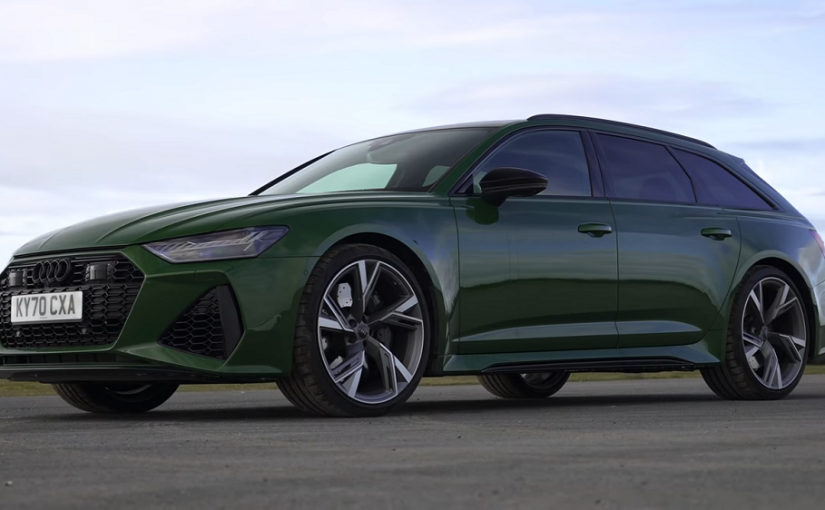 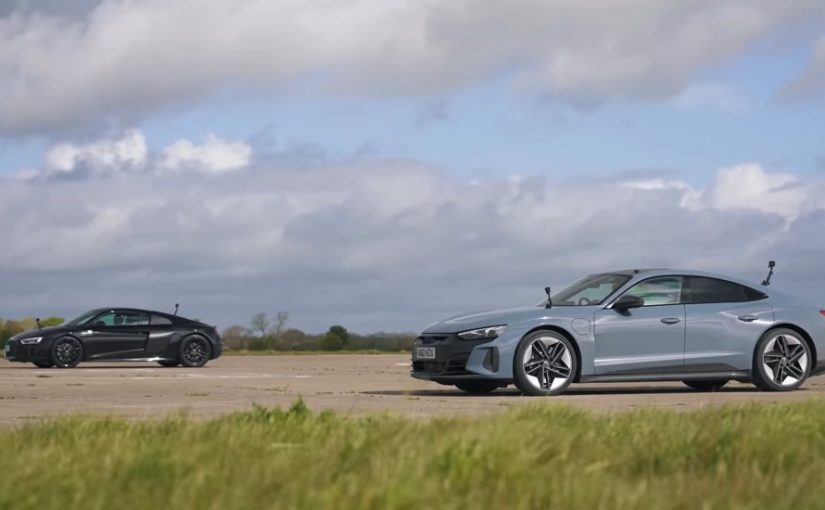 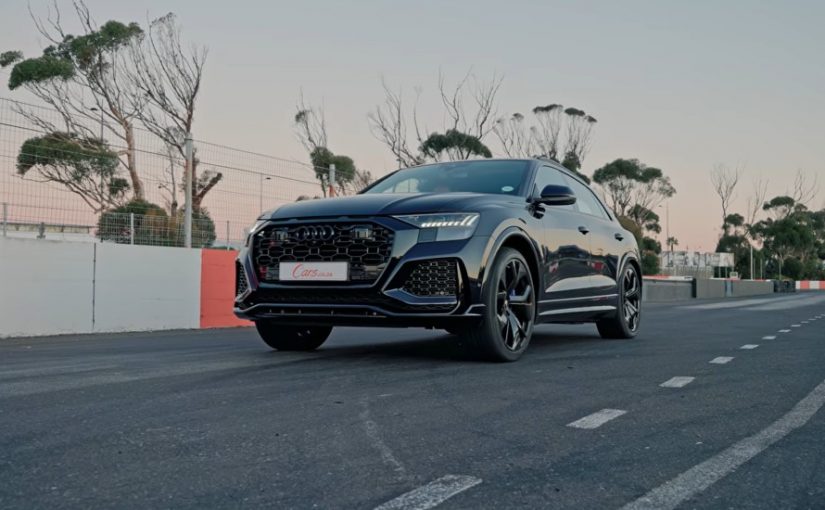 Even with a driver swap, Audi’s heavy-hitting RS Q8 defeats the heavyweight AMG SUV off the line on an autumn day in South Africa.

When the Audi Q8’s performance isn’t enough, the RS Q8 is there to make every errand feel like track day. After all, you can haul the groceries in the back and your family in the leather seats, and haul ass back home with the twin-turbo 4.0-liter V8 funneling 591 horses and 590 lb-ft of torque through the eight-speed and quattro to the road. It’s a heavy-hitter that floats like a butterfly, stings like a bee.

Of course, there are those who’d love to steal the RS Q8’s thunder, like the Mercedes-AMG GLE 63 S. On a silver autumn day in South Africa, Cars.co.za‘s Ciro De Siena and Ernest Page pitted the two against each together on the quarter-mile outside of Cape Town. Let’s see who comes out on top, yes? “This is my unhappy face,” said De Siena. “Do you know why? Because I’ve been asked to race this new Mercedes GLE 63 AMG, and I don’t like it one bit […] Ernest Page is in the new Audi RS Q8. Today, we’re going to be challenging each other for quarter-mile glory.”

We certainly understand De Siena’s plight here. While the AMG’s got 612 horses, it also weighs 441 pounds more than the RS Q8, and looks doofy. Oh, and it’s around $45,000 more expensive. Already, the Audi’s winning by a car length, and we haven’t dropped the flag yet. “I’m not sure who’s going to win,” said Page, “but I’m quietly confident in the abilities of the much-lighter and cheaper Audi.”

De Siena adds the RS Q8 would get the jump on the AMG, though he believes the electric motor might help reel in the four rings. Nope. Though there were times when the awkward SUV caught up, the Audi pulled away for the win. Perhaps a driver swap might change things? “The Audi won the first race by about a car length,” said De Sienna. “I really thought the Merc was gonna come back; it didn’t. Now, my job is to make the Audi win again. Because if Ernest beats me in the Merc, I will be very embarrassed and very confused. No pressure.”

No worries, either. De Sienna takes the RS Q8 to its second win, sweeping the AMG into a bucket, and dumping it in the trash. Even Page would rather have the Audi than drive the AMG anymore. Its four-ringed milkshake really does bring the boys to the yard. 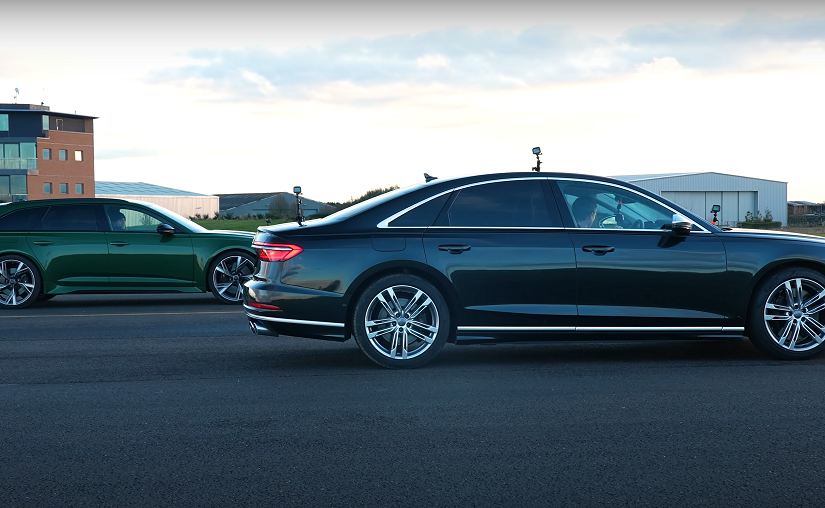 On paper, the Audi RS6 Avant has a clear advantage over the S8, but on the tarmac, it can’t seem to keep up.

There was a time when wagons were the preferred body style for those needing to haul families around – not crossovers and SUVs. Alas, those days are long gone, sadly. But we’d argue that those longing for the good old days won’t find a better wagon than the Audi RS6 Avant,  a snarling beast of a machine that’s equally capable of hauling tail and hauling the groceries. The question is – can it outrun its stablemate, the Audi S8 sedan? Well, Carwow is here to find out.

What makes this matchup particularly interesting is the fact that both of these cars are powered by a twin-turbo, 4.0-liter V8 that lays down 590 pound-feet of torque. However, the Audi RS6 Avant makes 591 horsepower, while the S8 offers up “just” 563, and the sedan surprisingly weighs a little over 300 pounds more. The RS6 Avant is also cheaper, with a starting MSRP of $109,000 versus $130,900 for the S8. Both cars come equipped with an eight-speed automatic gearbox and Quattro all-wheel-drive. This paper comparison is undoubtedly interesting, but what really matters is how these two cars stack up in the quarter-mile. And that comes as a bit of a surprise, as the S8 rockets ahead and takes the first win, though its driver believes he might have been “a bit premature off the line.” Thus, the two go at it again, and the result is exactly the same. “I think once again I’m just reacting a little bit quicker off the line,” our host says. “You’re not reacting quicker, you’re going before his hand drops,” the other driver quips. So on the third go, both cars leave together and the S8 still gains an early lead. “It seems to just be finding better traction because we were neck and neck,” the S8 driver says. “I just seem to have a bigger delay between gear changes than you,” the RS6 Avant driver notes. “When I was shifting, there was a large gap between when it engaged power again.”

While the S8 was the decisive and surprising winner here, the elapsed times – 11.4 seconds for the sedan and 11.6 seconds for the wagon – are undoubtedly close. However, our host does say that he managed to get an 11.4 out of the RS6 Avant on another occasion, so this is clearly a race that can go either way, depending on conditions and who’s behind the wheel. And once the two cars stack up for a few roll races, the RS6 Avant edges out its sedan counterpart each and every time, proving that in spite of their similarities, these two performance machines are quite different, after all.