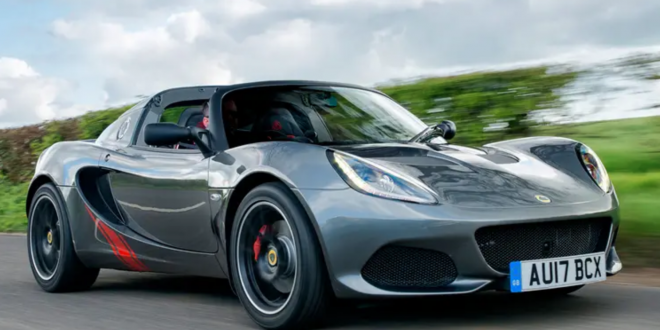 Having a fun and fast car doesn’t have to break the bank – or the environment. Here are some great options

Typically when it comes to cars you need to make a choice – do you want a car that’s fast, powerful and fun to drive, or do you want one that’s efficient, economical and eco-friendly?

Well, that doesn’t have to be the case. In fact, thanks to the choice of powerful diesel engines, cleaner turbocharged petrols and accessible hybrid technology, speed and economy are becoming ever more coexistent.

We’ve rounded up some of our favourite used examples right here, all capable of doing 0-60mph in less than seven seconds but promising more than 40mpg if driven carefully. And best of all, they shouldn’t break the bank to buy, either. Why not see what your own vehicle is worth and think about taking the plunge and trading up for something fast yet efficient? You can check this free online using tools like the Parkers car valuation tool – once you know what you’ve got to play with, you can narrow down some of our top picks below!

You’d struggle to find a better subtle sleeper car than the 3 Series Touring. Powerful yet subtly styled, when it’s fitted with BMW’s 3.0-litre, six-cylinder diesel engine it’s properly rapid – combine that with four-wheel drive and it’ll crack 0-62mph in less than five seconds, which is barely any slower than the range-topping M3 saloon of the time.

Despite this, it’ll easily do 49mpg if driven carefully and the boot’s big enough to cope with any family holiday. The true consummate all-rounder.

Hot hatchbacks have always trod the line between thrilling and responsible, and the Ford Fiesta ST – particularly this Mk7 version – is one of the absolute finest of the breed. With handling that’s more fun than just about anything else at this price point, a compact and practical body and up to 47mpg from its peppy 1.6-litre engine.

Mid-spec models are a very reasonable price and come with all the equipment you could need. It’s a fantastically fun car and one we rate incredibly highly.

A convertible Mercedes remains an unbeatable status symbol in some circles. The SLC was Merc’s smallest cabriolet, a two-seater with a folding hard-top for excellent refinement and security.

And when fitted with a diesel engine, the SLC will still cover 0-62mph in 6.4 seconds yet easily tops 50mpg, getting close to 60mpg on a longer run.

The hottest hatchback that Peugeot had made in years, and possibly the last truly petrol-powered hot hatchback the brand will ever make. The 208 GTI not only looks amazing with sleek lines, sharp styling and lovely detailing, but it’ll go like the clappers with a 0-62mph time of just 6.3 seconds.

Claimed economy of over 50mpg and great handling are other perks to this excellent hot hatchback.

The SQ5 is a surprising car for several reasons. It was the first Audi ‘S’ model to have a diesel engine, which gives it economy of over 40mpg and excellent pace. But thanks to the diesel, it’s also an excellent motorway cruiser.

That bulky SUV body endows the SQ5 with excellent interior space for day-to-day family duties, too, and the raised ride height (though it doesn’t do much for handling) means driving in town is reassuring, as you’re high up above the rest of the traffic.

Definitely a left-field choice but by any standards the Lotus Elise fits into this list. Thanks to its incredibly low weight, the Elise’s dinky 1.8-litre engine gives it supercar pace – 0-62mph in just 4.2 seconds and handling that’s truly some of the finest in any car you can buy today.

But again, thanks to that light weight, it treads lightly not just on the road but on the planet, with fuel economy of over 40mpg easily achievable. These factors make the Elise an absolutely superb weekend B-road weapon or track day car. 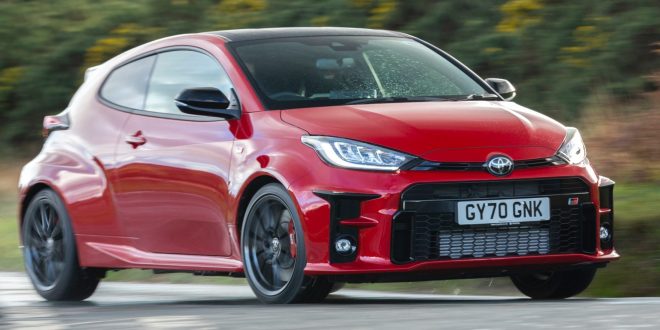 Is this rally-bred pocket rocket as good as everyone says it is?

I don’t know about you, but I’m always a bit suspicious of a new car when it’s universally acclaimed and wins major awards before it’s even hit the roads.

The Toyota GR Yaris is one such vehicle, but don’t worry, it actually exceeds expectations. Here is a car that bears some resemblance to its sensible (and very good) supermini sibling, but in reality it’s totally different and has been developed with the World Rally Championship in mind.

In fact, Toyota says the only unchanged exterior parts are the headlights, door mirrors, rear light clusters and the shark fin antenna on the roof – everything else has been redesigned or adapted to meet targets for downforce, aerodynamic performance and stability.

The most obvious visual difference is that the GR Yaris has three doors, a lower roof line, flared wheel arches and bigger wheels, plus spoilers and air intakes aplenty.

Weight-saving aluminium body panels have been used, along with a forged carbon composite roof, while under the bonnet the regular Yaris’s hybrid 1.5-litre 114bhp petrol engine has been replaced by a bespoke 1.6-litre turbo producing 257bhp and 265lb ft of torque – the world’s most powerful three-cylinder engine and also the smallest and lightest 1.6 turbo.

What’s more, Toyota has also developed a sophisticated full-time four-wheel-drive system for the GR Yaris and the result of this this tech and attention to detail is impressive. A dinky hot hatch that can sprint from 0-62mph in just 5.5 seconds, and on to an electronically limited top speed of 143mph.

For the record, this road-going rally special can return up to 34.3mpg and CO2 emissions are 186g/km.

Of course, outright speed is only half the story, it’s how a car uses that performance that matters, and this little fella doesn’t disappoint.

From the moment you fire it up, the GR lets off a low-level growl and is straining at the leash. Pedal to the metal and it’s like a bat out of hell, especially when that turbo boost kicks in.

Flick through the slick six-speed manual gearbox, with its sporty short-throw, and it not only feels fast – it is fast.

There’s impressive grunt, even lower down in the rev range, and thanks to a little acoustic enhancement, the engine note builds to a throaty roar to add to the theatre of the driving experience.

In short, the GR Yaris is among a select group of cars that puts a smile on your face from the moment you press the start button.

There are three driving modes (Normal, Sport and Track), but frankly default Normal will do most owners just fine in everyday driving.

Even if you let your inner Boy Racer get the better of you on more challenging roads, the nimble GR Yaris’s intoxicating blend of supreme handling, remarkable traction, sharp steering and powerful brakes will flatter your driving ability.

No car is perfect, and the GR is no exception. As you’d expect from a hardcore hot hatch, it’s engineered more for performance than comfort. Sure, the sports seats are suitably supportive, but the ride is on the firm side.

I wouldn’t expect anything else, but to make this a true daily driver, a Comfort setting might have helped smooth out our pothole-ridden roads on those few days when you’d rather cruise than enter a rally stage.

On a practical level, the rear seats and restricted headroom mean these spaces are only acceptable for children and small adults, while the luggage capacity is a modest 174 litres (the 60/40-split seats fold down should you need more room).

Like its standard little brother, the Yaris is well put together, but it also shares much the same interior, which means functional black plastic mouldings and a lack of soft-touch surfaces.

On the plus side, it comes with a generous five-year/100,000-mile warranty and benefits from Toyota Safety Sense as standard, which includes autonomous emergency braking (AEB), lane departure alert, adaptive cruise control and automatic headlights.