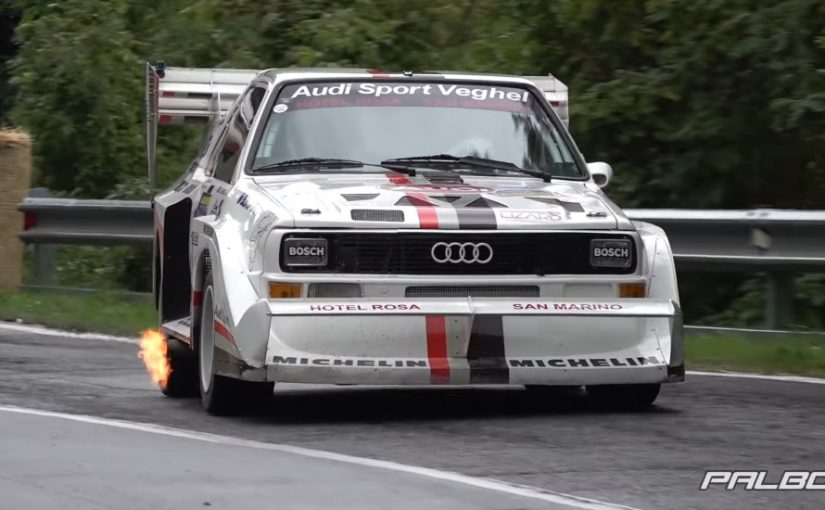 Words are unnecessary when the Group B legend that is the Audi Quattro S1 turns up for some vintage rallying and hill-climbing fun.

It’s amazing how one small change made such a big impact upon the world. Such was the case with Audi and its then-new quattro all-wheel drive system in the Eighties. Back then, it was novel to send all the power to all corners in a family car, and especially in high-performance cars. Yet, Ingolstadt proved one didn’t need to buy a truck to get the benefits all-wheel drive offered.

And of course, what better way to prove the point than by entering rallying under the FIA’s insane Group B regs. The moment all four wheels carved the quattro name into the dirt, they also etched Audi’s name into history. Thanks to this compilation by Palbo64 Rally & Racing Videos, we get to see – and hear – this history play out on the vintage rallying and hill-climbing circuits, in the form of the Audi Quattro S1. Not only do we see the classic yellow and white livery of the Quattro campaigned by the likes of Michele Moulton and Walter Rohl, but a few other classic paints, too. There’s one with the Audi Sport colors of black, gray and red, of course. Then, there’s the red and white of the Belga team Quattro, once campaigned by famed Belgian driver and co-pilot Marc Duez and Willy Lux. No words are necessary to explain how awesome these machines are. The Audi Quattro S1 more than speaks for itself with every pop, crackle, roar, and chirp from its turbocharged inline-five. The sound of the Group B monster in all its forms gives the angular coupe the proper voice for all of its adventures on paved and unpaved roads. Not to mention exciting the gathered crowds in this day, just as it did at the peak of madness decades ago. The best part of all this, though? The teams who care for and preserve these legends today. Without them, all anyone would have of the Audi Quattro S1 would be historic footage. Long may the legend live. 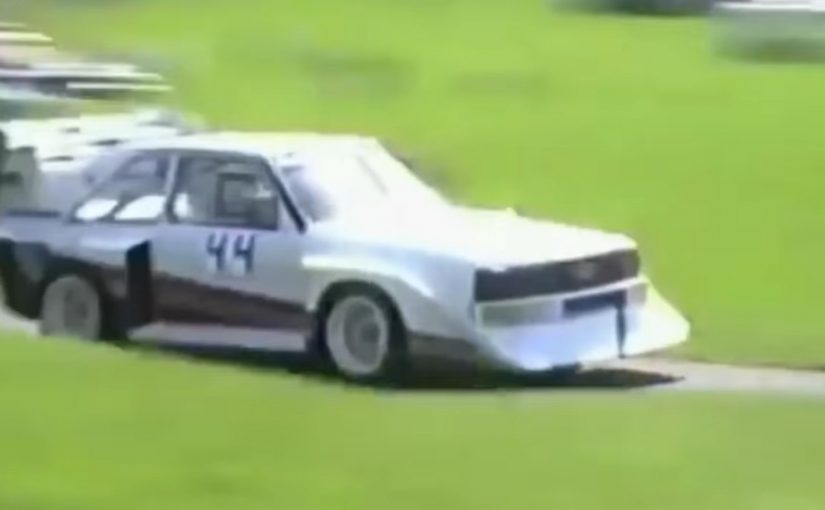 Though Audi’s quattro all-wheel drive helped place Ingolstadt in the spotlight back in the Eighties, it was the ur-Quattro itself that made the company a household name. It certainly arrived at the right time, too, right at the start of rallying’s Group B era. Once the Quattro placed all four of its wheels deep into the ground, it set a standard all competitors would follow to this day. And when those small engines made huge power through turbos, superchargers, and sometimes both, sending that power to all corners was a foregone conclusion.

What happens when those beasts leave the big stage, though? For one Quattro S1 E2, running up a few hills seemed to be in order. HillClimb Monsters recently unearthed rare footage of the Audi, run in the British hill climb scene by the late Tom Hammond. “One of the most beloved HillClimb Monsters to ever compete in the UK,” HillClimb Monsters says, “this was Tom Hammond’s Audi Quattro S1 E2, an ex-Hannu Mikkola works unit, which the late Mr. Hammond campaigned for a number of years in the British HillClimb scene, beating plenty of ‘Closed Car’ Records at the time.”

The late Mikkola started his rallying career in various makes before jumping to Audi’s factory team in 1981. By 1983, he and co-driver Arne Hertz won the WRC World Championship, making Mikkola the oldest driver to win the crown to this day. “With the 2.1L 5 Cylinder Turbo Engine producing upwards of 700Hp at its peak and weighing little over 1000Kg, it had the Pikes Peak Version bodywork fitted and certainly was a sight to behold,” Hillclimb Monsters said.

As for how Hammond acquired this Quattro, DriveTribe said he was shopping for a road-legal version in Germany when he spotted Mikkola’s ride. However it happened, Hammond returned to the U.K. “in style” with the Group B terror, and its tow vehicle. It’s not often one sees a beast like this Quattro in public, let alone hear it. Let us all be thankful this footage exists to remind us how cool such Group B terrors truly were.