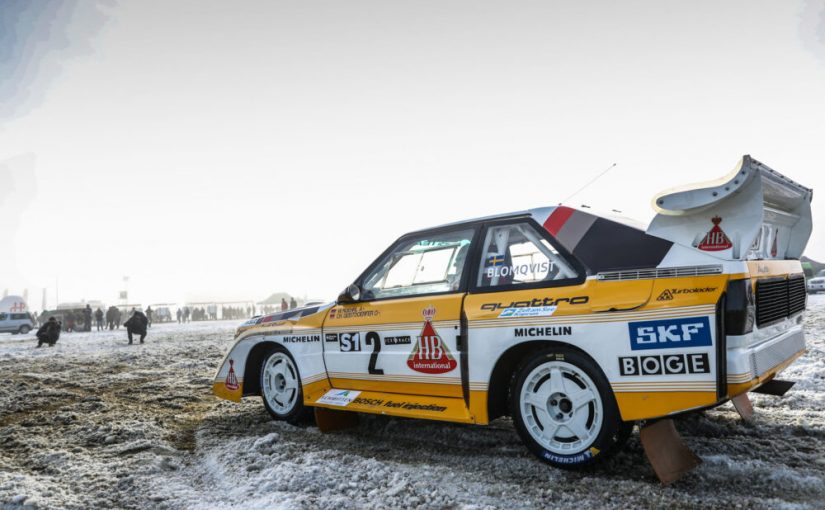 In the short span of six years, Audi changed the WRC landscape with the Sport Quattro S1 and its determination to hire the best drivers.

Audi unleashed two forces in WRC during the 1980s and changed everything. One was Audi’s follow-up to the Ur-Quattro. Known as the Sport Quattro S1, it was designed for one purpose – to dominate Group B and win a World Rally Championship. The other was a driver with a natural talent for rallying. Known as the Black Volcano, she proved every bit as fast, and even faster, than many men in the sport.

The Audi Sport Quattro S1 was, and is, a force of nature in WRC. It’s not an evolution of the Ur-Quattro but a purpose-built supercar intended to dominate Group B rallying. Introduced for the 1984 season, the S1 was smaller with wider wheel arches to accommodate 9-inch wide wheels. It was almost a foot shorter than the original car, with a wheelbase to match. The carbon-kevlar body shell shaved over 300 pounds off the weight.

Michele Mouton had the talent and skill to compete as a champion driver. But as a woman, she had to overcome sexism from critics who saw rallying as a man’s sport. Nicknamed “the Black Volcano” by the German press for her hair and fiery temperament, she silenced most of her critics by winning the 1981 Rallye Sanremo in Italy. In 1982, she followed that up by winning the International Rally Driver of the Year award, helping Audi win its first manufacturer’s world title and finishing second in the driver’s standings.

Audi Sport Quattro RS 002, which showed promise. However, the cancellation of Group B affected Group S as well, and the program was shelved.

Mouton went on to become the first president of the FIA’s Women & Motor Sport Commission and FIA’s manager in the World Rally Championship. She was also inducted into the Rally Hall of Fame in 2012. Audi ended its involvement in WRC after 1986, shifting its focus to touring car racing and eventually Le Mans.

Even though Audi’s rally program occupied a short period in its history, it made a lasting impact on the sport. The company’s purpose-built Sport Quattro rally cars served as the template for all the cars that followed. And by hiring Michelle Mouton to its factory team, Audi opened the door for other women race drivers to follow. The World Endurance Championship grid is shaping up to be the most exciting in decades — but Audi won’t be there.

At the moment, the big news in the world of Audi racing is that Ingolstadt will return to Formula 1 for the 2026 season. This year, dominant performances from Red Bull’s Max Verstappen mean he had this year’s crown in the bag long before the final checkered flag. But the surging popularity of the series here in the United States — thanks in no small part to Netflix’s Drive to Survive — makes it a great opportunity for the Four Rings to show its mettle.

Of course, it was only last May when endurance racing fans were waiting to get a glimpse of the successor to the R18, and the car Audi hoped would add to its impressive string of victories at the 24 Hours of Le Mans. That anticipation, it’s important to note, wasn’t based on rumors or speculation. Rather what details we knew came straight from Audi Sport director Andreas Roos, who said that both the engine concept and chassis partner had already been finalized.

Unfortunately, that project was doomed. But now, our friends at Motorsport have revealed just how close Audi was to testing its next-gen LMDh car. According to DTM driver Nico Muller, who was deeply involved with project, the race machine was just weeks away from hitting the test track when the rug got pulled out from the program.

“At the end the car was ready to go,” Muller revealed to Motorsport.com. “We worked a lot on the sim, everything was ready to go into proper on-track testing.

“It had been developed together with Porsche; it is no secret that they shared the same platform with Multimatic.

“Would I have loved to drive it? It was very close, but the call came a few weeks too early.”

For fans who followed endurance racing, the news is heartbreaking. What’s particularly disappointing is that the IMSA WeatherTech SportsCar Championship grid is shaping up to be the most diverse and exciting as it’s been in decades. So instead of having just one serious competitor, like Peugeot or Toyota, the Four Rings would have faced marques like Ferrari, Cadillac, and corporate cousins Porsche, which would have been a joy to watch.

Given the popularity of Formula 1, and the relative obscurity of the WEC, the move might make sense from a publicity standpoint. But limited budgets mean Audi fans will just have to wonder what could have been… 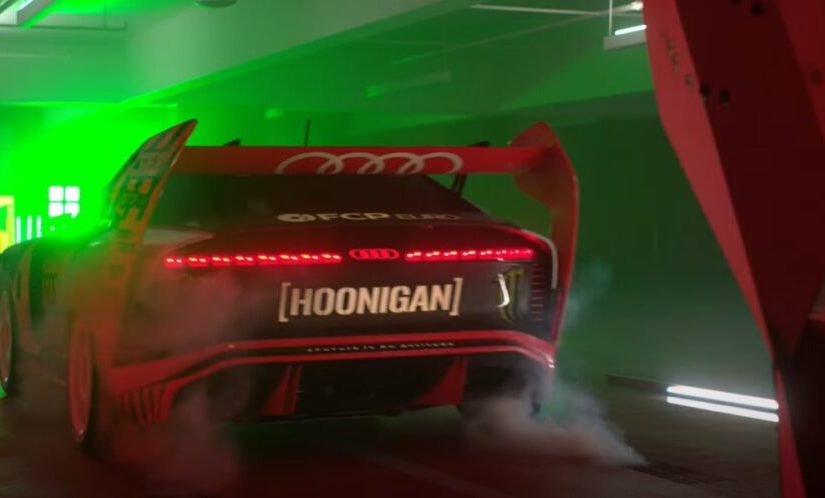 The only thing better than a Gymkhana video is the new ELECTRIKHANA video featuring Ken Block’s latest feats. If you’ve never seen one of the videos on the Hoonigan YouTube channel, you’re definitely missing out. Donuts, jumps, and epic slides combined with incredible cinematography make Gymkhana one of the best-produced events you can watch anywhere.

This time Ken Block returns in the Audi S1 HOONITRON for an event he calls ELECTRIKHANA. Inspired by the 1985 Audi Sport Quattro S1, the S1 HOONITRON uses an 800-volt bi-motor setup combined with all-wheel-drive. The setting is the Las Vegas strip, lit up in all of its splendor. It’s a bit eerie watching him drift wildly with the absence of internal-combustion mayhem. But the shriek of the electric motors and tortured howl of the tires is just otherworldly. At 54, Ken Block is still the king and shows no signs of slowing down. If anything, the electric power of the Audi S1 HOONITRON allows him to do even more incredible things behind the wheel. Backward drifts, reversing turns in mid-slide, even spinning in place. The nine-and-a-half-minute video includes all of the usual stunts and humor of his other videos. But it will take you at least three tries to watch it because you won’t believe what you just saw.

You’ll also rewatch it for all of the historic Audi car cameos. There are too many to mention, but the video includes the original Sport Quattro S1, an R18 e-Tron Le Mans race car, the new e-Tron GT, and an assortment of vintage Quattro models. It’s just a treat to see those cars under the spectacular lighting of the Las Vegas Strip. How they pulled all of it off, including locking down The Strip for Ken Block’s stunts, is incredible. It must have cost Audi more than 10 Superbowl commercials worth of money. But it’s one hell of a way to advertise electric cars! 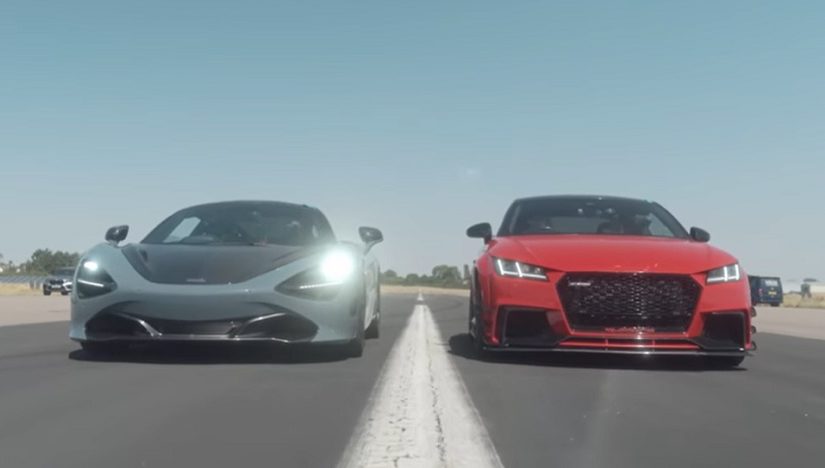