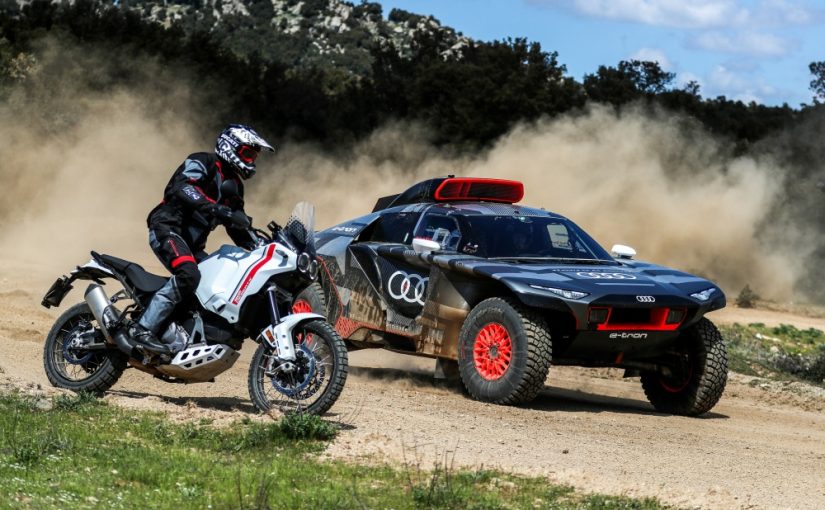 Audi and Ducati join forces to unveil a common design to emphasize the synergy between the brand groups. The Audi RS Q e-tron demonstrates its extraordinary capabilities drifting alongside the motorcycle.

The Volkswagen automotive group has many sub-brands under its umbrella. As our avid readers must already know, this includes the Ingolstadt brand. However, for those unfamiliar with the two-wheeler industry, VW’s Italian subsidiary Lamborghini is also the parent company of Ducati Motor Holding. A group of lucky journalists recently got the opportunity to drive an Audi RS Q e-tron racer alongside a Ducati DesertX motorcycle in Sardinia, Italy.

The event was also the first time that journalists got to test both vehicles simultaneously. Both offerings now share a common design language that highlights the synergy between the brand groups. The test was conducted under the expert supervision of motorsport professionals from Audi and Ducati. Danilo Petrucci from Ducati was present to demonstrate the potential of the bike manufacturer’s Testastretta motor.

Audi’s Carlos Sainz/Lucas Cruz, along with Stéphane Peterhansel/Edouard Boulanger and Emil Bergkvist, also displayed the capability of the RS Q e-tron’s advanced technology by drifting the Dakar racer drifting alongside the Italian two-wheeler on gravel tracks. “What Audi has achieved with this concept is technically unique and a real benefit for us drivers,” explains Sainz. He further adds, “The event in Sardinia was great to communicate the benefits of the electric drive. All the media were impressed throughout.”

A high-voltage battery pack powers the Audi RS Q e-tron. The Dakar racer’s innovative electric drive setup uses an energy converter that offers a maximum charging power of 220 kilowatts. The converter consists of a TFSI engine and motor generator units derived from the automaker’s e-tron FE07 Formula E racer. The electrified off-roader can accelerate to 62 MPH from a complete standstill in just 4.5 seconds on loose surfaces. The Audi RS Q e-tron can also hit a top speed of 106 mph. With four stage victories, RS Q e-tron made an exciting debut.

Danilo Petrucci also offered his insights on the experience. “It’s a dream come true for me, because already as a child I was a fan of Carlos Sainz,” said the Italian. “You can’t describe the feeling in the cockpit. I didn’t expect the RS Q e-tron to be so fast off-road. Its technology shows the way to the future of the automobile.” 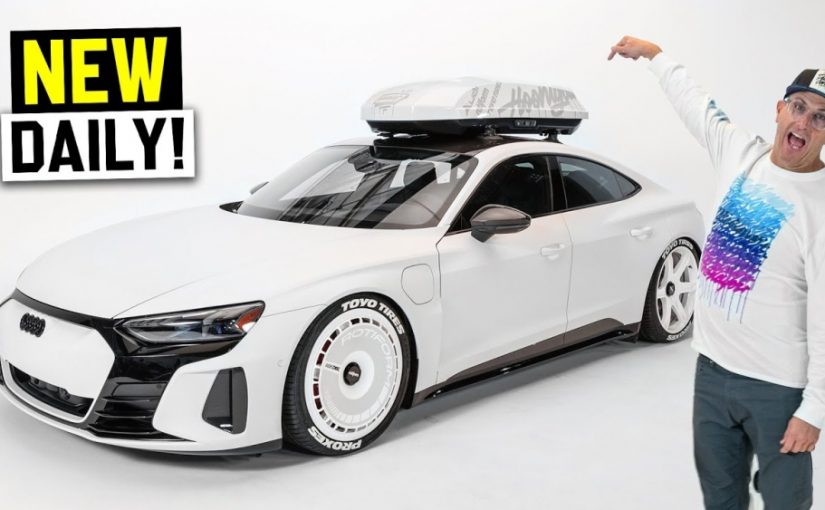 We were excited when Audi announced its electrification strategy. Even more so, when the Ingolstadt brand collaborated with Mr. Ken Block to develop Electrickhanna’s new hero car, the Audi S1 e-tron quattro Honnitron. In its most recent video, Ken Block‘s official YouTube channel offers an in-depth look at his new 637 HP electric Audi RS e-tron GT in its most recent video.

Ken Block shared his thoughts on Audi’s work in the electric vehicle space. “Audi’s doing some amazing things with electric vehicles, not only with my new Gymkhana car, but racing into car, but also these production cars, they’re really taking this EV concept and really moving it very fast into the future,” said Block. Block also revealed that he plans to install a Toyo Celsius all-season tires on his new Audi RS e-tron GT for mountain driving.

“All of that science lab that racing and rallying has is all in here. The first time I ever heard of the term e-tron was the R18, Audi won the Le Mans 24 hours,” elaborates Cole. He further adds, “And all of that technology that they develop has gone into making everything in this, powertrains, everything smaller, cooler, more efficient, faster, and now you can drive it on the roads.”

Since Block’s Audi RS e-tron GT is all-electric, altitude and lack of oxygen will not impede its performance. The RS e-tron GT also happens to be the fastest RS on offer. A 93.4 kWh lithium-ion battery pack powers the dual electric motor drivetrain of the RS e-tron GT, which produces 637 HP of power and 830 lb-ft of peak torque with boost. As a result, Block’s new ride can hit 62 MPH from a complete standstill in under 3.6 seconds (in boost).

Powered by a 90kWh battery pack, the Quattro-inspired performance EV can accelerate from 0 to 62 MPH in just 2.8 seconds.

Audi Quattro was not just a motorsport legend but also an engineering masterpiece. The iconic four-wheel-drive sedan helped Audi earn its sporty credentials, and now German atelier E-Legend has unveiled a battery-powered reboot of the glorious rally racer. The German firm’s latest product is an ultra-exclusive high-performance EV which will get a limited-unit production run.

The company has revealed that only 30 examples of the E-Legend EL-1 will make it production, and each model will be hand-built. The car will be powered by a 90 kWh battery pack, which will send power to a tri-motor setup. According to company estimates, the EL1 will be capable of delivering a 280-mile all-electric range. In its most track-focused mode, the company reckons its high-performance EV will have enough power to lap the historic Nürburgring Nordschleife twice.

Coincidently, Tesla also employs a 90 kWh battery pack to power its Model S and Model X variants. E-legend claims that EL1’s powertrain will produce 805 HP (600 kilowatts) of maximum power and that the car will accelerate to 62 MPH from a complete standstill in just 2.8 seconds. The entire ensemble is expected to weigh just under 3704 lbs (1680 kgs), and the top speed of E-Legend EL1 is limited to around 158 MPH (approximately 255 kph).

A majority of E-Legend EL1’s specifications remain undisclosed at this point. For instance, the company has confirmed that EL1 will get a carbon fiber monocoque architecture, but the German brand has refrained from disclosing the origins of the said vehicle architecture. The same goes for the car’s powertrain, as the company has not revealed the origins of E-Legend EL1’s battery pack and electric motors.

The design of the original Audi Quattro has inspired several styling elements of the EL1, which include the vents that are found on the tip of the EV’s hood.  The car rides on a pair of 19-ich wheels upfront, and the rear axle gets 20-inch rims. E-Legend has also announced that it plans to introduce other rally-inspired models in the future, and customers can get their hands on a copy of EL1 for the price of 1.26 million (£914,400). 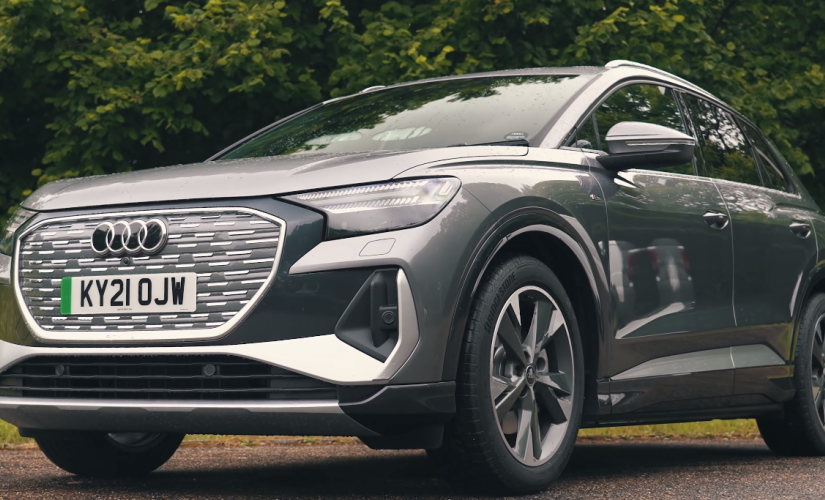