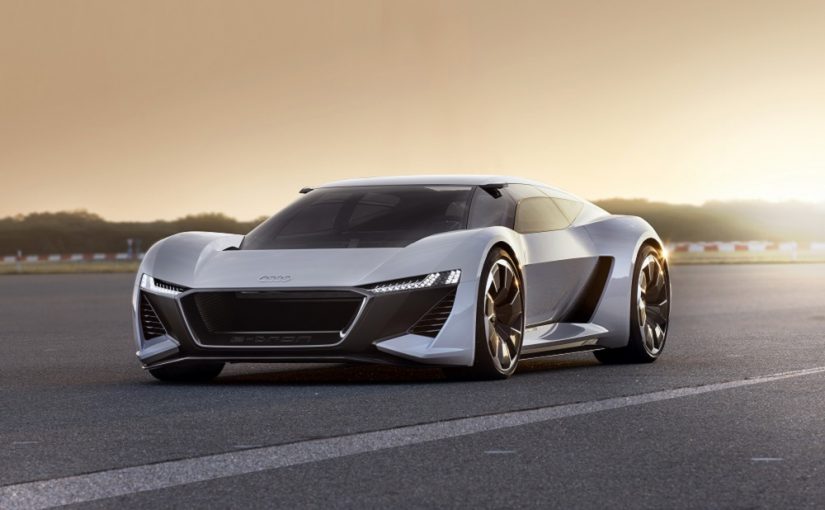 The future of the Four Rings is electric, and sources inside Ingolstadt say the next Audi R8 will be mean and green.

Starting in 2026, every new Audi will be electric, and by 2030, the company plans to be done with internal combustion entirely. Fortunately, models like the e-tron GT, the gorgeous Sphere concepts, and the Dakar-ready RS Q e-tron have shown that while the future will be green, it sure as hell won’t be boring. But we haven’t heard much chatter about what’s in store for Ingolstadt’s current range-topping performance machine. Now, Autocar is reporting that the replacement for the Audi R8 will be all-electric.

As you might expect, details are slim, and according to the source, plans for the electric supercar haven’t officially gotten the green light just yet. That said, there’s still plenty of interesting information in the report, including the revelation that Audi’s next halo car it won’t be called the R8. It’s also likely to take design cues from the PB18 e-tron concept — pictured here — instead of the current car, retain a two-door, two seat layout, and pack more power than anything else in the lineup. So at the end of the day, who cares what Audi calls it?

Exactly which platform the electric supercar will use is a big question. The smart money says it’ll be shared with corporate cousin Porsche, similar to the arrangement with the Taycan and the e-tron GT. Because since Stuttgart is already deep into the development of electric versions of its 718 Boxster and Cayman, that would be a cost-efficient way for Audi to get into the game. The rub, of course, is that while any R8 replacement would have to be faster than the already wicked quick e-tron GT, internal politics ensure it’ll have to be slower than the comparable Porsche.

Regardless, you don’t need a crystal ball to predict that Audi is going to release a performance coupe. Driving thrills are a key part of the company’s DNA, and its entrance into Formula 1 is sure to stoke excitement for enthusiast cars. The big question, of course, is when we’ll actually see cars start coming off the line — and that’s all guesswork. At the moment, Audi is years behind schedule for its EV flagship, and that model is sure to take priority over any sports car, regardless of how exciting it may be. More news on the Audi R8 replacement when we have it. 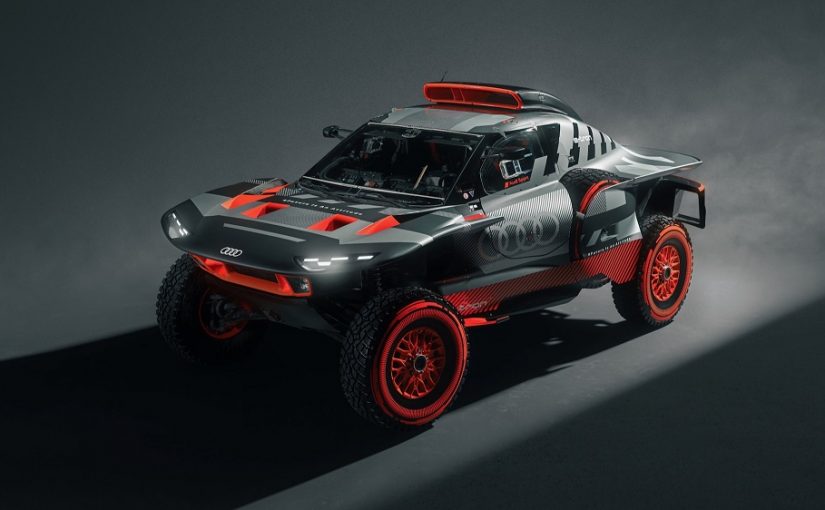 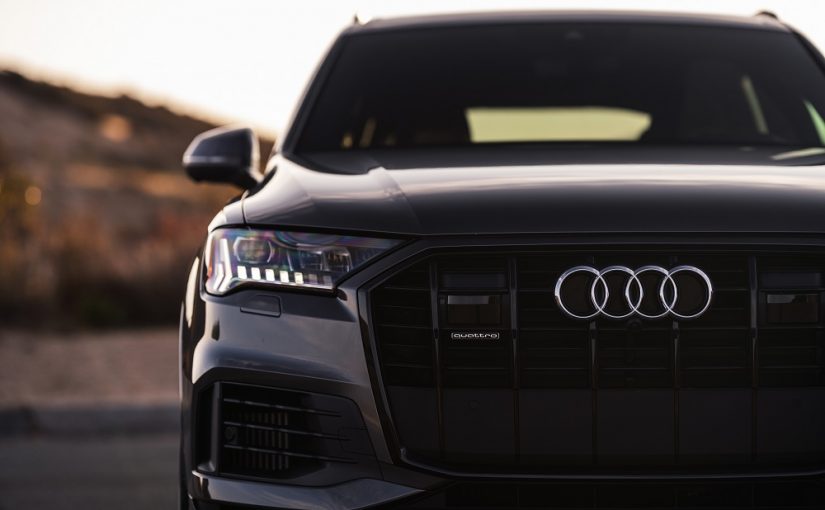 Sounds like Audi is looking to release a three-row SUV — just before its self-imposed all-electric deadline.

Late last month, we got word that Audi was launching a three-row Q6 specifically for the Chinese market. Now, there’s talk of another new three-row Audi people-mover — but this one is apparently headed to the States. According to our friends over at Automotive News, Audi has told domestic dealers that a Q9 is on the menu for the 2025 model year. While the exact details of the powertrain are still up in the air, sources indicate that it will not be fully electric.

For those who’ve been paying attention to Audi’s electric transition, the timing is significant. Because while Ingolstadt’s Vorsprung 2030 strategy says all its new vehicles will be electric starting in 2026, it will continue to produce vehicles with internal combustion engines until 2030. So given that buyers in the United States have demonstrated an unquenchable appetite for three-throw SUVs, the prospect of getting a gas-powered cash cow in under the self-imposed wire is an attractive one.

After all, there’s no reason to think that BMW will drop the X7, or that Mercedes-Benz will put the GLS out to pasture. Meaning that unless Audi wants to continue to leave money on the table? A three-row SUV to compete with its domestic rivals is basically a no-brainer. And while the American manufacturers haven’t produced vehicles on the same luxurious level as the Germans, offerings like the new Jeep Grand Cherokee have proven they’re more than capable.

That said? In the era of the e-tron GT and the RS Q e-tron, it’s tough to get super stoked about a conventionally powered three-row SUV. At this point, the whole segment basically feels like another menu item at Taco Bell, in that it’s the exact same ingredients you’ve been eating for years, just packaged in a slightly different way. And while it might provide what you need to keep moving down the road, it’s not anything remotely exciting. But maybe I’m wrong? Are you excited about a three-row beast from Audi? Let me know! 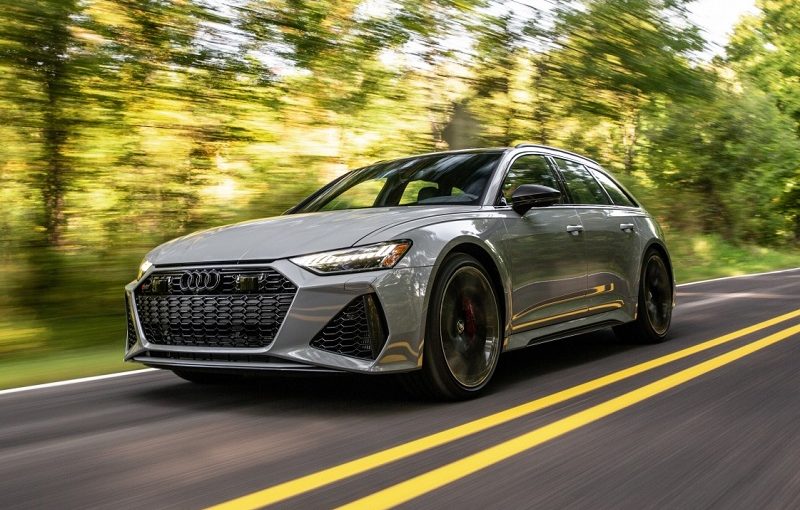 American Audi fans got lucky with the RS6 Avant. And it sounds like Ingolstadt has even more goodness in store.

When it was announced that the Audi RS6 Avant was actually coming to America, Four Rings fans rejoiced. Now sure, there’s no lack of high-horsepower hardware available on our shores. But when it comes to fast wagons? Domestic enthusiasts have too often gotten the shaft. So this was far from a sure thing. Fortunately, Ingolstadt delivered — and a new report from our friends at Australia’s Wheels says even hotter versions are on the way.

Better still, the info isn’t credited to an unnamed source, like so much other reportage on automotive news. Rather, vague as it may be, this tidbit comes straight from A6 and R8 spokesperson Eva Stania. Because when Wheels asked about the possibility of a weapons-grade RS6 Avant, Stania replied:  “You drove the RS6 C7 as a Performance. We recently launched the R8 RWD as a Performance, so you can be pretty sure that we will follow up the Performance strategy.”

Of course, any specifics about timing and specs are still murky. But other — yup, unnamed — sources seemed to indicate there will be more than one hot rod variant of the lust-worthy longroof for well-heeled enthusiasts to choose from. We could see the first version by the end of the year, and the range-topping model will arrive closer to 2025, toward the end of this generation’s production run. All of which tracks, given Audi’s history with models like the R8 Performance.

As for how much power each model will make? I think it’s reasonable to expect that both models will make more than Mercedes’ 603-horsepower E63 AMG wagon, and less that the 690-horsepower Panamera Sport Turismo from corporate cousin Porsche. So if I was forced to make a guess? I’d say 620 for Performance model A, and 675 from Performance model B. Sound reasonable? Hit me up and let me know! 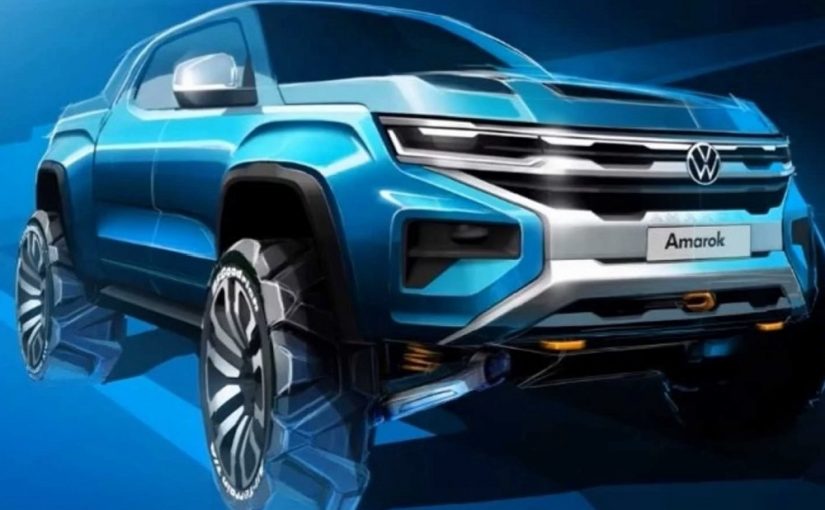 At the moment, there’s loads on interesting stuff on the radar at Audi. From the Audi A6 Avant e-tron concept, to Ken Block’s reimagined quattro S1, the push toward electrification is producing some stunning machines, and a plan for self-driving vehicles is also beginning to take shape. But Audi CEO Markus Duesmann threw us a real curve ball this week, because as Autocar reports, when he was asked about the potential for an Audi pickup truck, he said: “I can’t promise that we will do one, but we are looking into it.” Duesmann followed up that bombshell with “Actually, we will present — not too far from now — maybe something.” Yikes.

Now, I want to phrase this carefully, so I’m just going to say this is a stupid idea and I hate it. Any Audi truck would likely be based on the Volkswagen Amarok, which is in turn based on the Ford Ranger. So it’s not like we’d be looking at some startlingly original piece of kit that would shake up the market. We’d be looking at another badge-engineered vehicle designed to move units and not goalposts or spirits. And honestly? I don’t even see who’d buy this thing. Here in the States, it’d be good for diluting Audi’s brand image, and not much else.

That said, I’m willing to admit that the market overseas could prove different. Maybe Audi could really stoke the appeal of the pickup in Europe. But is that really a good thing? Does the world really need to follow America’s lead here, and get everyone hooked on driving vehicles that are bigger than they need and mostly unpractical unless you need to move a couch? Also, what does the potential for a pickup do for Audi’s electric ambitions? Does the brass want to slap a big fat asterixis on its roadmap so something wearing the Four Rings can haul gravel? Probably not.

Maybe it’s the fact that I’ve never been a truck fan. But now that my obviously biased hot take is wrapping up, I will say I like the idea of a wicked Audi off-roader. I just think it should be based on the RS Q e-tron. That’s an innovative, forward-looking, and wicked performer that made history at the Dakar Rally, and would provide loads of fun for legions of off-road fans. It would also be in line with the company’s efforts toward sustainability, and could upend the very idea of what a modern off-road vehicle looks like. But what do you think? Is an Audi truck a good idea? Is a street-legal RS Q e-tron? Hit me up and let me know!