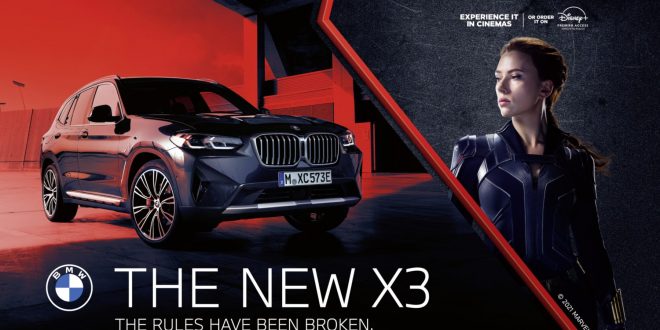 “This is the very first time BMW has worked with Marvel Studios and the result is just stunning,” said Jens Thiemer, Senior Vice President Customer and Brand BMW.

“Having the BMW X3 and the 2 Series Gran Coupe playing key roles in ‘Black Widow’ is part of our marketing strategy, adding strong emotional value to the communication of these models.”

In the movie, set for release on July 9, Natasha Romanoff (aka the Black Widow) confronts the darker parts of her ledger when a dangerous conspiracy with ties to her past arises.

Pursued by a force that will stop at nothing to bring her down, Natasha must deal with her history as a spy and the broken relationships left in her wake long before she became an Avenger.