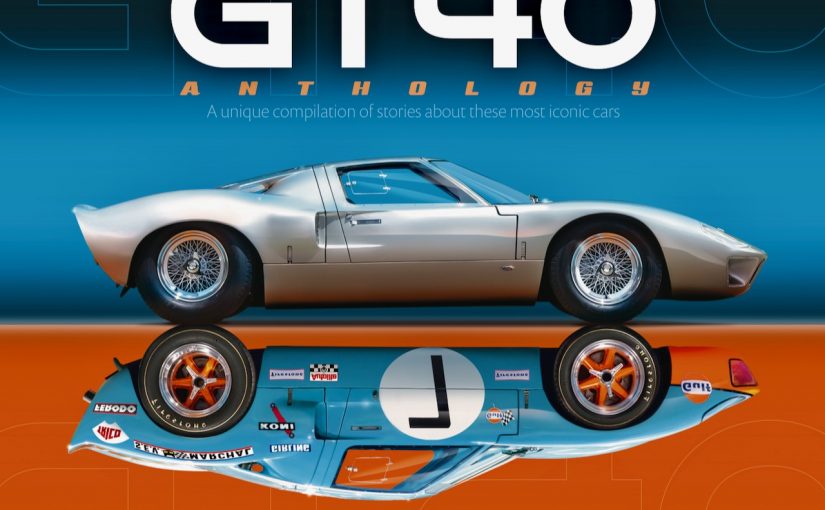 You may think that you know everything about GT40s, but this just-published book – FORD GT40 ANTHOLOGY – is true to its sub-title, ‘A unique compilation of stories about these most iconic cars.’ 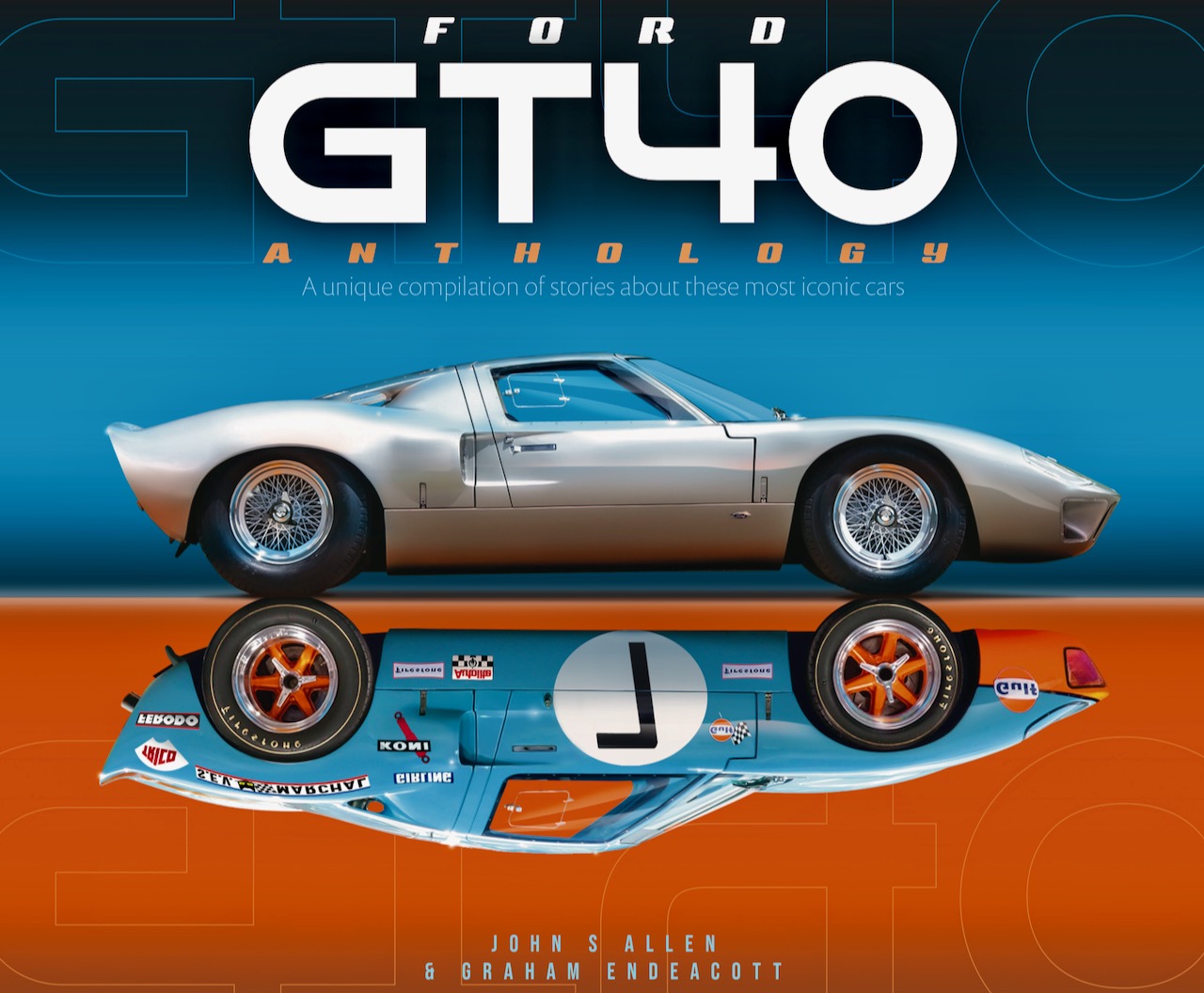 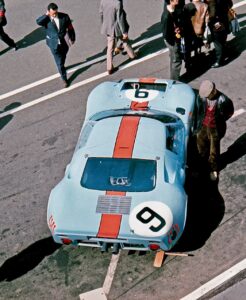 Since Hollywood took incredible liberties entertaining us with its blockbuster version of Ford beating Ferrari at Le Mans in 1966 – FORD v FERRARI – there has been a renewed interest in the Ford GT40 and the company’s program which created cars that won the 24 Hours of Le Mans for four straight years. There’s no shortage of GT40-related books – published both before and after the film broke cover. Some focus on engine and car specifications and chassis numbers, others on race records, driver profiles, etc. Pretty dry reading unless you’re restoring a car, own one, or want to impress someone at a cocktail party by rattling off numbers and who won what!

But, FORD GT40 ANTHOLOGY, A unique compilation of stories about these most iconic cars is different. And, what makes it different, also makes it worth buying, even at $90. Publisher Veloce is no stranger to books on this subject, having offered a trio of related titles in their portfolio that were published before this tome. It provides insights to the GT40’s design and racing achievements, starting with the first-built GTs, below, and some well-kept secrets about its development and financial aspects.

Authors John Allen and Graham Endeacott, both Brits, have immersed themselves for years in everything Ford GT/GT40. Allen is a published author and photographer; Endeacott has owned a replica GT40 since the mid-1990s. Allen also co-authored THE FORD THAT BEAT FERRARI, A Racing History of the GT40 with Gordon Jones in 2019. When it comes to Ford GT/GT40 history, these guys are experts. 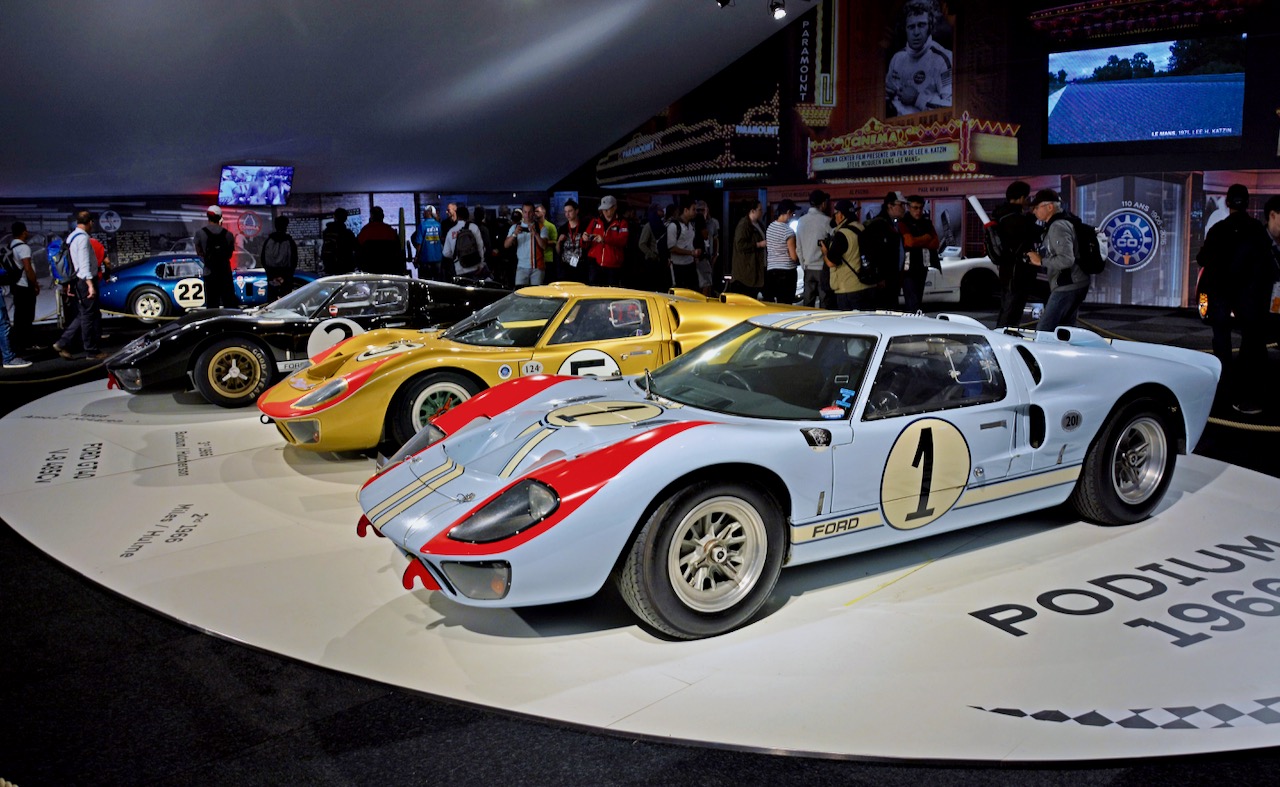 GT40 ANTHOLOGY, is highly recommended for serious GT40 nerds who never seem to get enough words and photos about their favorite marque, as well as “newbies” who discovered GT40s watching FORD v FERRARI. That goes for me as well, a veteran enthusiast automotive journalist and magazine editor. What I truly appreciate is the way Allen and Endeacott handled the ever-popular conspiracy theory about Ken Miles being robbed, by Ford, of what could have been his win at Le Mans in 1966, when three Ford Mark IIs crossed the line for an unprecedented 1-2-3 victory. They devote 9 pages, a complete chapter (13) titled DEAD HEAT, to debunking that myth that surfaces every time a new book or film on the subject surfaces.

“… it was claimed by some that when the planned dead heat was announced, somebody from Ford (recollections vary as to who it was) had – allegedly – been sent to ACO to try and get a lap taken off Miles’ car, thus ensuring a win for McLaren and Amon. There’s no evidence in the ACO’s IBM timing records for P/1015 to suggest that any such lap had been removed, and it is difficult to see how it could have been done.”

They finish off the chapter with, “Whatever one’s view of the subject, the fact is that P/1046 and its drivers won according to the race rules, rules that applied to everybody, and nothing what so ever can, or should attempt to, take that victory from them. So … the congratulations rightly went to Bruce McLaren, Chris Amon and GT40P/1046 for winning the 34th Grand Prix d’Endurance -les 24 Heures du Mans!” 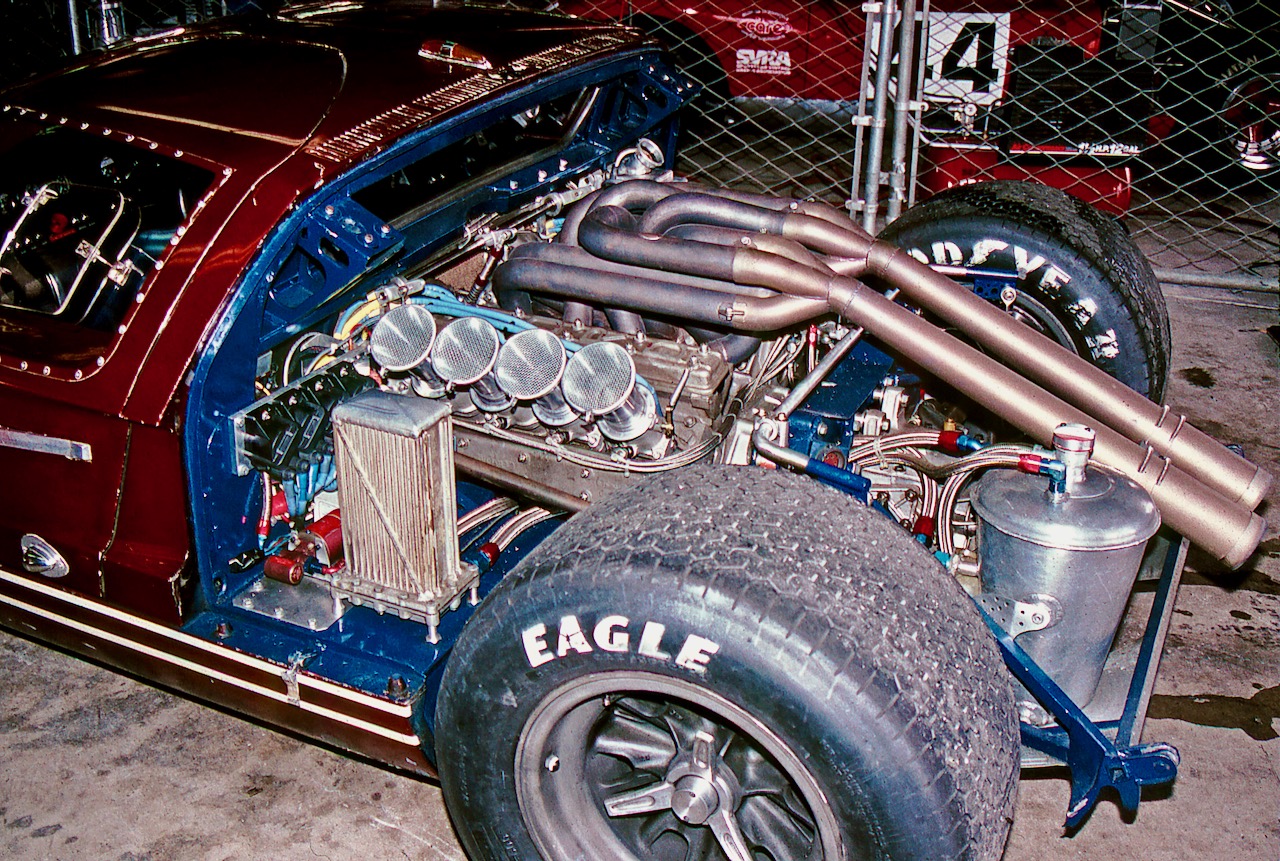 During the development of the Ford GT and subsequent GT40 and Mark II, even later when the Mark II was replaced by the Mark IV, Ford’s Roy Lunn who headed up the Le Mans program, was enamored with Ford’s Indy engines. First it was the 1963 aluminum small-block used in Ford’s first Indy car; later with the sophisticated purpose-built four-cam race engine that replaced it in 1964 and went on to dominate Indy 500 racing. The first GTs were powered by the single-cam, two-valve Fairlane based Indy engine, later replaced with 289s.

Ford’s Engine and Foundry Division supplied Lunn with a total of 10 Indy engines, 5 of each version. The authors do a great job of following the applications and use of the engines, supported by photos of the four-cam motor in Bill Wonder’s GT/103, above. Wonder had actually installed it himself. The injected Gen II Indy motor was also considered for use in a modified sports car built around the Mark IV platform. While the Mark IV chassis # J-9 was being built by Lunn’s team at Kar-Kraft, below, it was fitted with one of the four-cam motors. There’s a great photo of that chassis with Indy engine installed, a photo that I’ve never seen before. 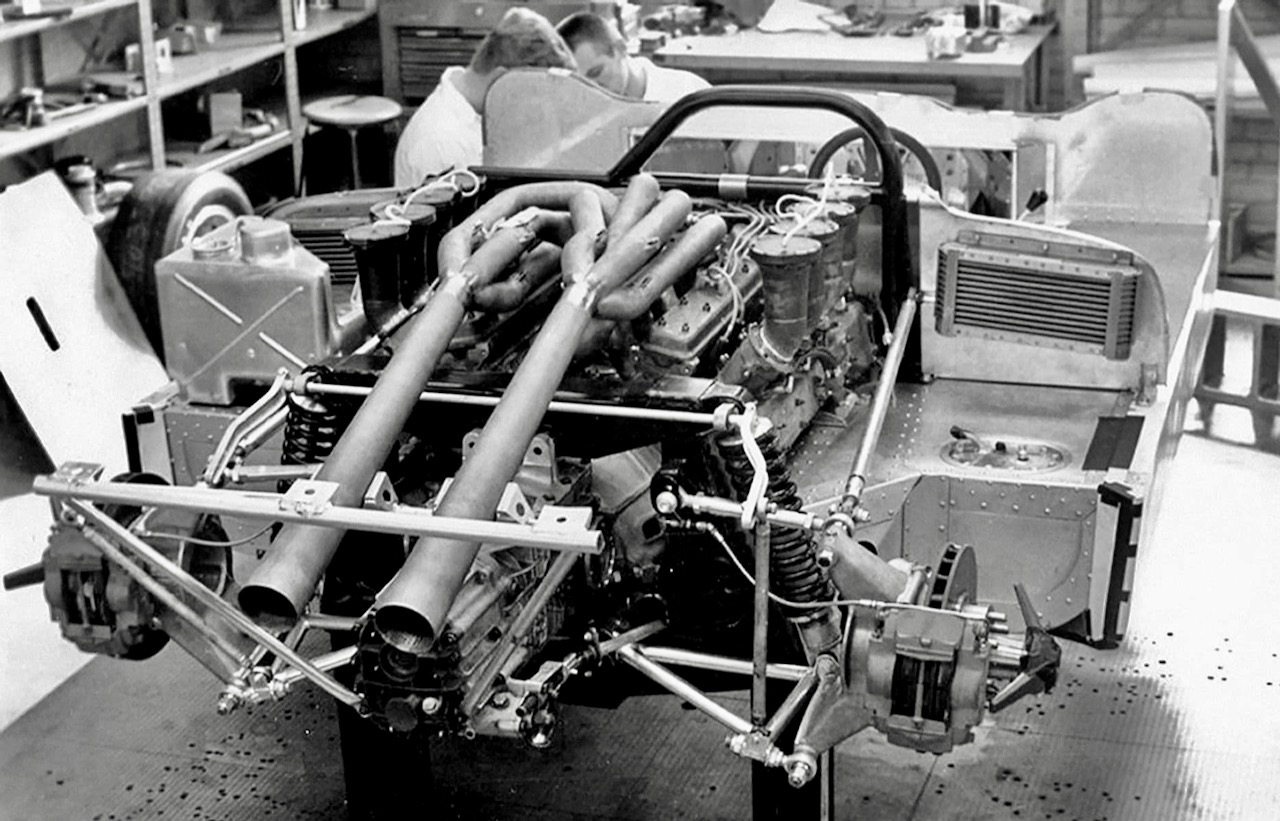 GT40 ANTHOLOGY is packed with interesting chapters tracking the history of important cars and their owners, a broad selection of examples of GT40 road and racecar advertising, and the most coverage I’ve yet seen on Safir Engineering, its owner Peter Thorp and the company’s Mark V continuation GT40s. And, how they ended up with rights to “GT40” and Ford not using it for its 2005-2006 modern variant of the GT40. As a genuine GT40 “nerd” and the owner of an ’06 Ford GT, I found the final chapter (32, MARK V) of great personal interest. 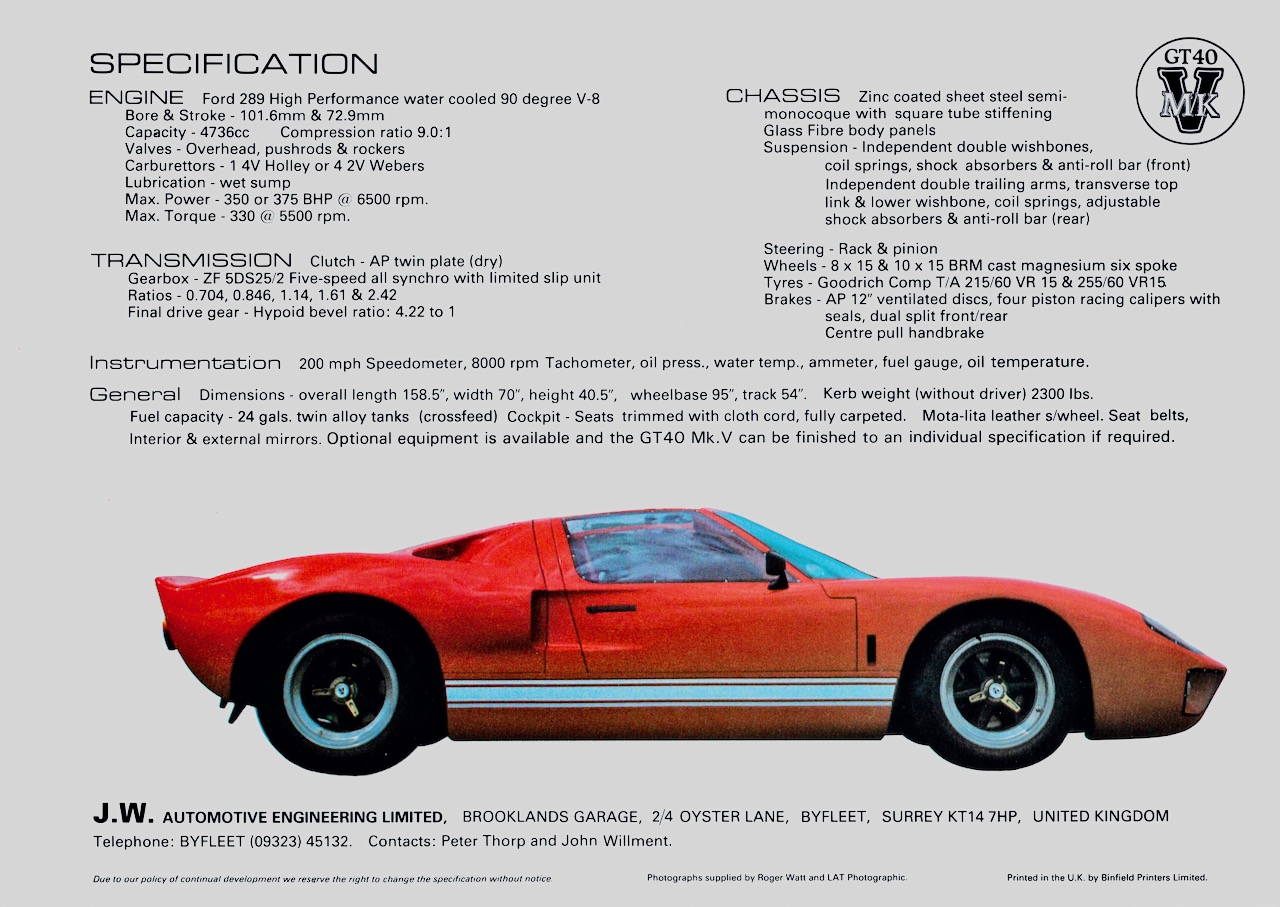 I already own just about every book written on the Ford GT/GT40, Mark II & Mark IV road and racecars, and if Allen and Endeacott decide to write another, it will end up in my library! Be aware, FORD GT40 ANTHOLOGY, A unique compilation of stories about these most iconic cars, is a true coffee table book, not the kind you take along to read on an airplane flight. It measures 12 x10.5 inches, is packed with around 500 photos over 320 pages and weighs approximately 5 pounds. It’s a heavyweight read, highly recommended; well worth the $90 tariff. 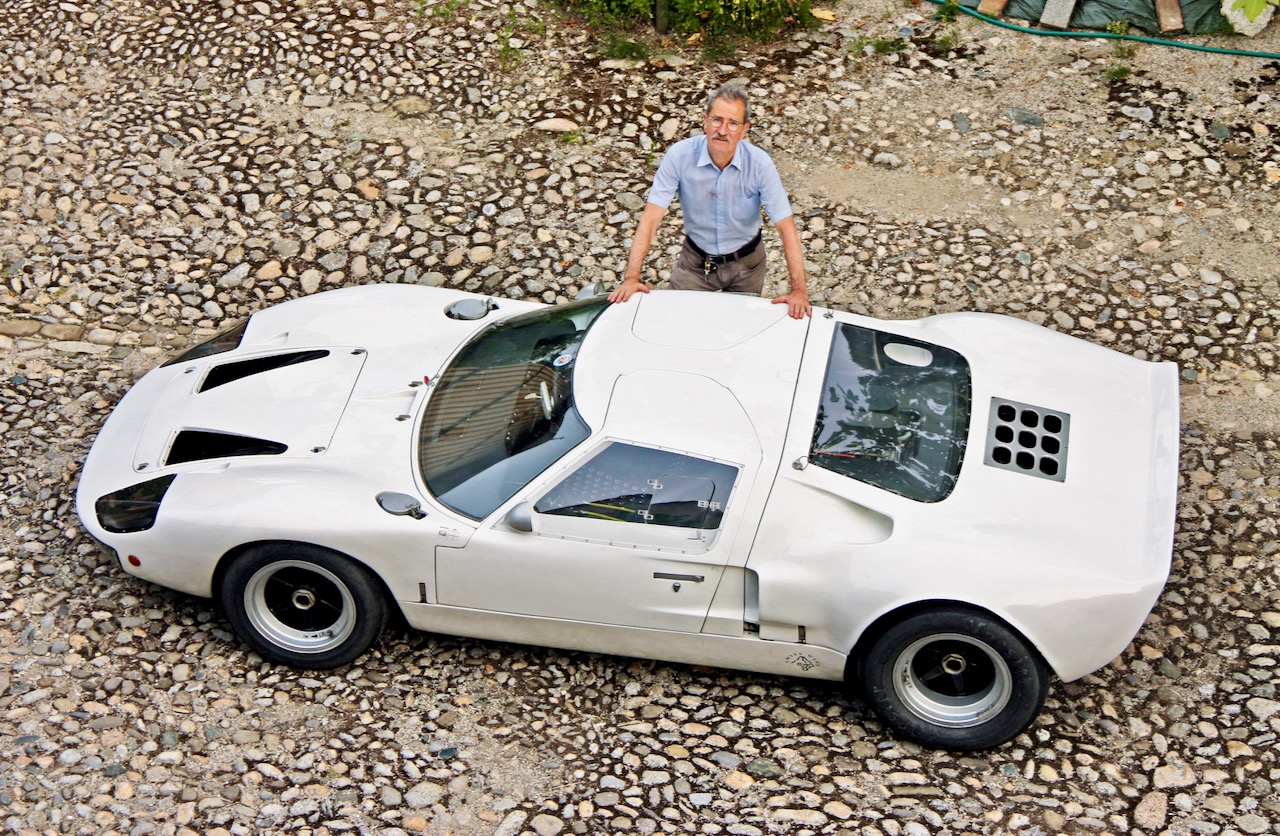