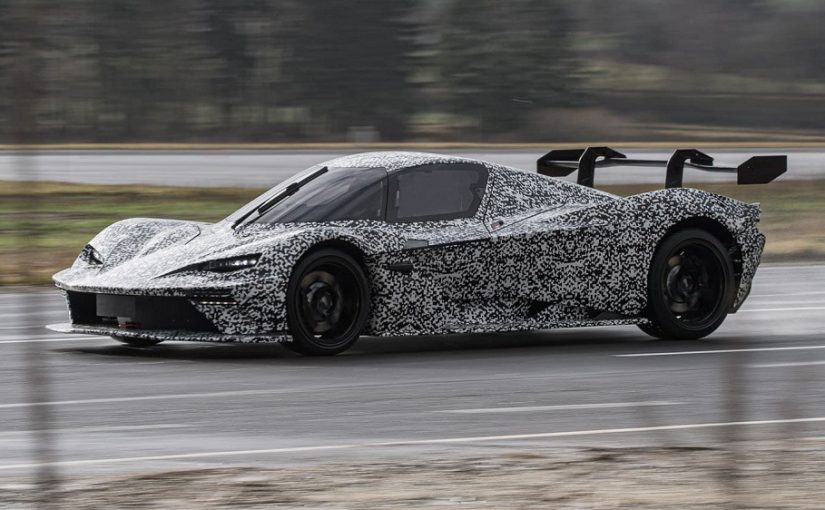 The road-going KTM X-Bow will pack the same engine as the Audi RS3, and should deliver insane performance.

When I wrote about the latest version of the KTM X-Bow back in 2020, I called it a “top contender for the coolest car rocking Audi power.” And for what it’s worth? I stand by that. It’s a wicked-looking track weapon designed to deliver quick lap times and destroy the competition, and it’s been successful in race series around the world. There’s nothing “race car for the road” about this machine either, as it’s not street legal even — even on its home turf of Austria. But that’s about to change, as KTM is developing a road-going version. Have mercy.

Like the track-only version, the new KTM supercar will sport the same mill as Audi’s RS3, which Ingolstadt ships with 401 horsepower and 369 pound-feet of torque. Now, once the mad scientists at KTM got their hands on it, the little five-pot was stoked to deliver a whopping 600 horsepower and 531 lb-ft of torque in the track machines. Given all the emissions restrictions that street-legal cars are required to conform to, it’s unclear whether those sky-high numbers will be sustainable. But we do know that gear changes will be handled by KTM’s seven-speed direct-shift transmission, and that, unlike the Audi, the X-Bow will be rear-wheel drive. Of course, even if KTM doesn’t manage to get more poke out of Audi’s mill, performance will be spine-tingling. Because by any measure, the X-Bow is a featherweight, as it’s constructed from a Dallara-sourced, 176-pound carbon monocoque. Race versions tip the scales at around 2,300 pounds, so it’ll be interesting to see how close the company can get to that number after it adds all the necessary safety equipment required to register it. As you might expect, there’s little hope that X-Bow will be legal to drive on our shores…

Well, except that something similar has been available here before. Back in 2014, English company Radical unleased the RXC and RXC Turbo on well-heeled Americans. And while the power levels were more modest in comparison to the KTM’s, so was the weight — as the Brits delivered a street-legal version that weighed less than 2,000 pounds. And as insane as that sounds? I can assure you that the performance will blow your mind. Because I was once a passenger in a Radical powered by a Suzuki Hayabusa engine, and even though that was over a decade ago, nothing since has compared in the slightest. Hopefully, we’ll get some video of this baby in action soon!