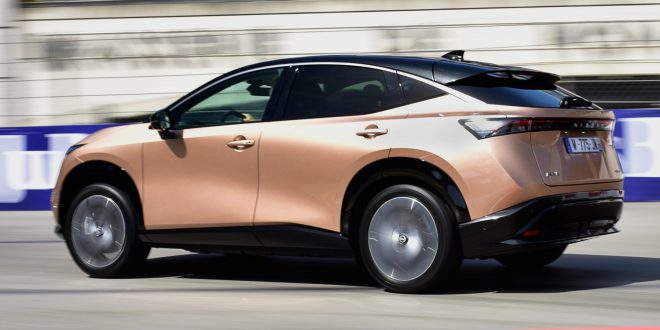 The all-new, all-electric Nissan Ariya has made its public driving debut on the iconic Circuit de Monaco in the glamorous French Riviera.

“Ariya’s public driving in the streets of Monaco is a great way to witness the capabilities of our e-4ORCE technology,” said Nissan’s Arnaud Charpentier.

“Ariya is the epitome of Nissan’s innovation in electric mobility and this event marks a defining moment in the next chapter of Nissan’s EV journey.”

Nissan’s first electric 4×4 comes with cutting-edge looks, up to 310 miles of range and serious performance in top-of-the-range trim (0-62mph in 5.1 seconds).

With a stylish, minimalistic interior packed with tech (two 12.3-inch screen stretched across the dashboard), it’s expected to be priced around the £40,000 mark. 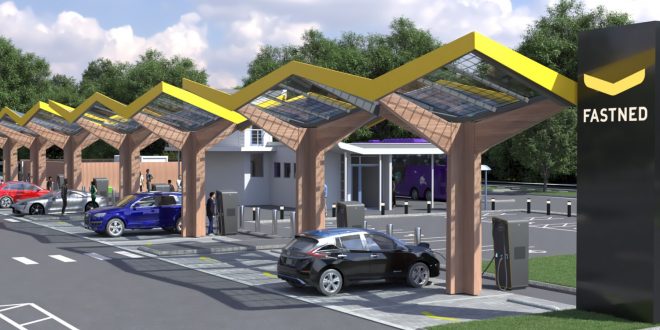 “Europe’s most powerful electric vehicle charging superhub” has been announced and it’s heading to Oxford.

It will be the first of up to 40 superhubs, helping to ensure the UK has enough charging infrastructure for the estimated 36 million EVs on the road by 2040.

The superhub will initially feature 38 fast and ultra-rapid chargers (the most powerful in a single site) with around 10MW of power on site.

Unlike any other UK charging hub, the site, at Redbridge Park & Ride, is directly connected to the high voltage national electricity grid, to provide the power needed to charge hundreds of EVs at the same time quickly, without putting strain on the local electricity network or requiring costly upgrades.

This innovative network, developed by Pivot Power, has capacity to expand to key locations throughout Oxford to meet mass EV charging needs, from buses and taxis to commercial fleets.

Fastned will initially install 10 chargers at the superhub with 300kW of power, capable of adding 300 miles of range in just 20 minutes for up to hundreds of EVs per day.

The station will be powered by 100% renewable energy, partly generated by the company’s trademark solar roof, and all makes and models of EVs will be able to charge at the highest rates possible simultaneously.

The announcement comes as Oxford is set to launch the UK’s first Zero Emission Zone this August, where vehicles are charged based on their emissions, with EVs able to use the zone for free.

“Our goal is to help the UK accelerate net zero by delivering power where it is needed to support the EV and renewable energy revolution,” said Matt Allen, CEO at Pivot Power.

“Oxford is one of 40 sites we are developing across the UK, combining up to 2GW of battery storage with high volume power connections for mass EV charging.

“Energy Superhub Oxford supports EDF’s plan to become Europe’s leading e-mobility energy company by 2023, and is a blueprint we want to replicate right across the country, working hand in hand with local communities to create cleaner, more sustainable cities where people want to live and work.”