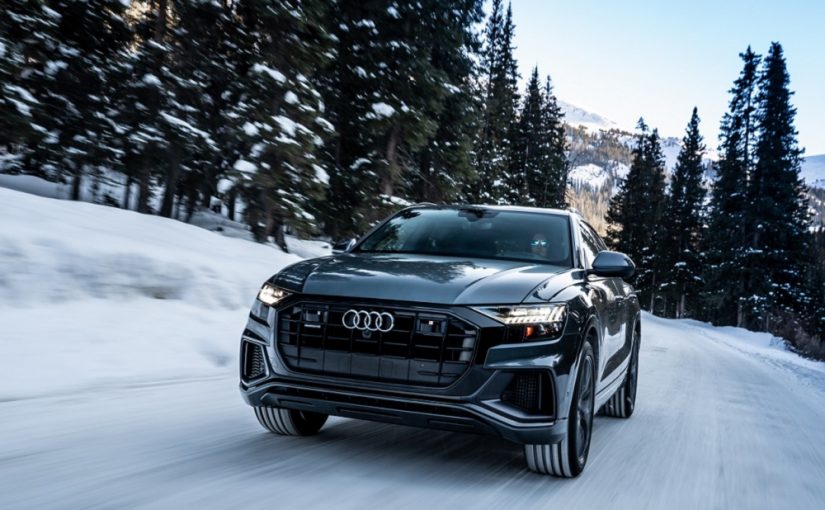 The follow up to the e-tron will arrive in 2026, and be a larger SUV which will replace the current Audi Q8.

Audi’s facility in Brussels, Belgium will produce the successor to the current e-tron, the company has confirmed. The Audi Forest plant recently celebrated the production of its eight millionth vehicle, and this news means the workforce there will still have a mission after production of the e-tron, which is due for a refresh in 2023, concludes in 2026. In a statement reported by Belgium’s RTL Info, Audi AG Board of Directors Chair Markus Duesmann revealed that the replacement for the e-tron will be the Q8 e-tron:

The future will be electric. Our factory in Forest is carbon neutral. And when we deliver a new vehicle, it is with a ‘zero emissions’ perspective. Based on this experience, the next car produced here will be the Audi Q8 e-tron, the electric successor to the current e-tron. This choice can be explained by the current success.

That news means that the current generation of the Q8 will be the last with internal combustion engines, as Audi previously announced that all of its new vehicles will be all-electric starting in 2026. Along with the standard body style, it’s expected that there will be also be Q8 Sportback e-tron, and fans of high performance SUVs will likely get an RS-like version as well.  With legendary rally driver and gymkhana master Ken Block on board to aid in electric vehicle development, it’s unlikely that any of the new green machines will be boring.

Given the rapidly approaching deadline for the end of gas and diesel powertrains, we’re likely to see a lot of news about electric vehicles coming out of Ingolstadt in the coming months, especially since there are reportedly 20 new machines on the horizon. That said, fans of luxury longroofs are likely most excited about the possibility of an RS6 Avant e-tron. Because while the current gas-powered version is a weapons-grade piece of kit, we’ve already seen how it performs against Porsche’s Taycan Turbo S, and it’s unlikely that engineers will step backward for the next generation. Stay tuned for more news about Audi’s electric future when we have it!