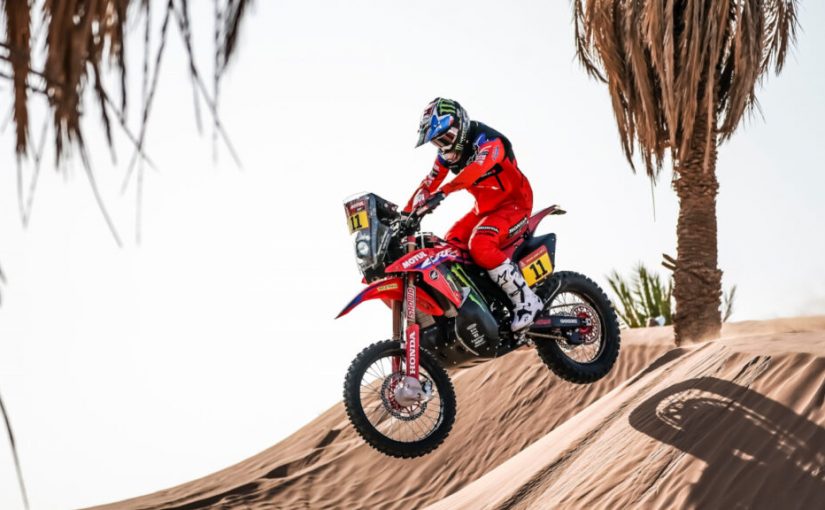 The Honda rider is definitely showing his skill in the second week of racing, as Jose Ignacio Cornejo wins Stage Nine of the Dakar 2022. The Chilean crossed the line in just under two and a half hours, slightly ahead of Kevin Benavides and Ricky Brabec. It’s his second stage win in three days, and moves him up to seventh overall.

Matthias Walkner finished fourth on the stage, and into the overall lead, as Britain’s Sam Sunderland finished thirteenth on the day, just eight minutes behind Cornejo, and six behind Walkner. The other British riders are David McBride, who finished 54th on Stage Nine, David Mabbs (117th), and Simon Hewitt (122nd). This puts McBridge 51st overall, Mabbs 95th and Hewitt 115th (just four places behind MotoGP and debut Dakar stage winner Danilo Petrucci, who is continuing after a technical issue forced his retirement).