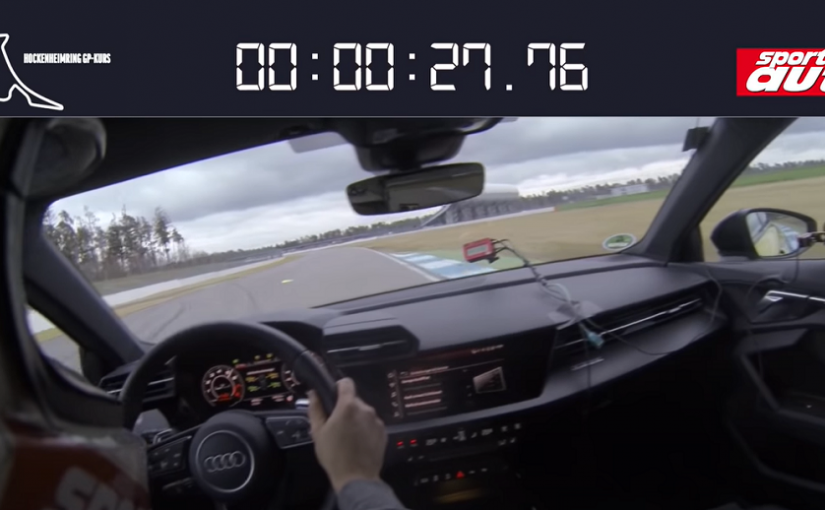 The feral 2022 Audi RS 3 takes down the BMW M240i xDrive in a close fight at the Hockenheimring!

Back for 2022, the Audi RS 3 wasted no time picking fights. Earlier it took down a Renault Mégane R.S. Trophy-R at the Nurburgring. This time Sport Auto initiated the showdown against the BMW M240i xDrive at the Hockenheimring. Why not the BMW M2 CS  you ask? Simple – the M2 outguns the RS 3 in horsepower and cost $40,000 more.

On paper, the M240i is a close match. Closer in price with similar specs, both cars come with turbocharged engines and all-wheel drive. According to the numbers gathered by Fastestlaps, performance specs are evenly matched. Both cars hurl themselves to 60 mph in under four seconds, with the RS 3 narrowly beating the M240i. Neck and neck at the quarter-mile, the RS 3 pulls away from the M240i above 120 mph. Handling is where it gets tricky for the Audi. The RS3 is two seconds slower on the slalom and takes longer to stop. While the Hockenheimring is the lesser-known sister to the Nurburgring, it’s a better course to test acceleration, braking, and handling. 16 of the corners bend 90 degrees or more, with a hairpin thrown in for good measure. Turns 12 thru 16 happen in rapid succession, keeping a good car off balance and putting a bad car into the weeds. Sebastian Vettel set a record lap of 1.11.21 in a Ferrari F1 car. Cars like the Audi R8 V10 Performance or Mercedes AMG GT manage a lap in 1.53. The Audi RS 3 and BMW M240i xDrive both did it in a shade over two minutes, with the RS 3 eeking out the win by a tenth of a second. That two terriers are within seven seconds of the big dogs is impressive. But it’s not all about how fast you go, but how you go fast. Racing is about numbers, but driving is about the experience. For the longest time, BMW held that mantle. The E46 3-series exemplifies this credo, alive with great handling and incredible inline-6 engines. But BMW lost the plot when the company intentionally gave up that edge to generate more sales from people who wanted a prestigious Pontiac.

Thankfully, Audi picked up that mantle. While the BMW looks smoother going around the track, it also seems clinical. Turbocharging muted the inline-6 and the whole experience looks no different than a fast lap at the helm of Gran-Turismo 7. But the Audi is feral. Part of that ferociousness comes from the growl of the inline-5 cylinder engine. But an equal part is from the homework Audi did to sharpen the chassis and improve the differential, which includes torque-vectoring and a drift mode. The RS 3 doesn’t attack corners in the video, it eats them. A tenth of a second is barely worth mentioning. Run it again and the M240i might beat the RS 3 with the fastest time. But it will never beat the RS 3 on the fun-to-drive factor.