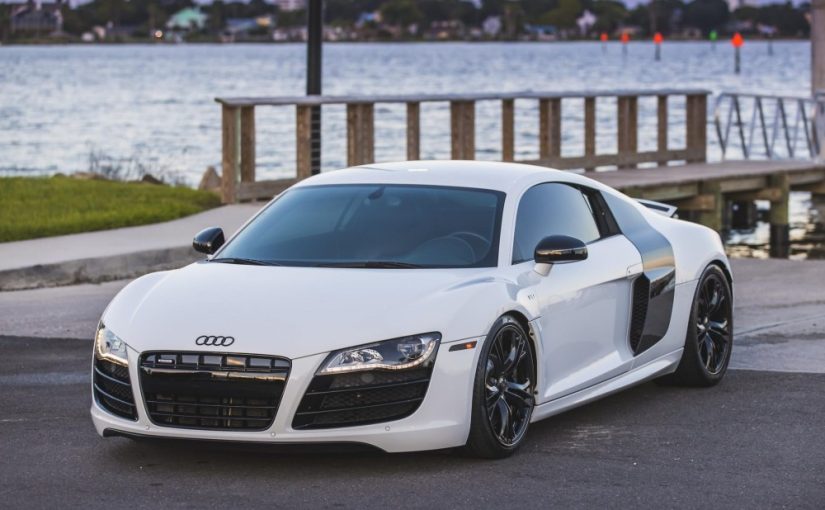 One of 30 sold in the U.S., Ibis White R8 V10 Exclusive Selection Edition spent most of its life with the seller’s father.

Seeing an Audi on the road is a given. Seeing an R8, though, is a moment to be treasured. Ingolstadt’s most exotic masterpiece represents the best of the Four Rings. It even shares its name with the Le Mans prototype of the early to mid-2000s, itself a stroke of brilliance.

Thus, it already stands out from the factory. However, Audi has issued a few exclusive variants over the past two decades of the R8. Coincidentally, one such example is the R8 V10 Exclusive Selection Edition, like this one we found on Bring a Trailer recently. In 2012, Audi chose 20 4.2 FSI and 30 5.2 FSI R8 Coupes to be sold only in the United States as the Exclusive Selection Edition. The 30 V10 models were given a coat of Ibis White with black accents. They also received R8 GT tail lamps, 19-inch e-tron wheels, and a matching interior. The one above arrived in 2012, then wound up with its second owner, the seller’s father, in 2015.

No matter which version of the R8 Exclusive Selection Edition was chosen, two transmission options were on the table: the R-tronic, or the six-speed manual. This one has the latter, whose shifter looks stunning in the gates. Not to mention how the interior still looks as good as it did off the showroom floor. The red-trimmed white-face gauges and carbon-fiber trim tie everything all together, too. Who wouldn’t want to sit inside this Audi? Especially when you get to hear the 5.2-liter V10 behind you. Back in the day, the R8 made 525 horsepower and 391 lb-ft of torque, all sent through the six-speed to all corners via the quattro system. Of course, an aftermarket exhaust system changes the sound of things along the road. That sound carried the current owner through most of the 17,000 miles this Audi’s traveled since 2012.

It’s not often you’ll see an R8 on the road. An Exclusive Selection Edition is one rarity that’ll slip by most eyes. Those in the know, though, know this is a truly special machine.