â€œIt should be a great event,â€ I was told on the phone by the Henry Surtees Foundation. â€œWeâ€™ve got Oliver Turvey and Sam Bird coming and lots of karters as well.â€

This was about a week before the Foundationâ€™s 2012 karting event at Mercedes-Benz World. TheÂ Motor Sport team consisted of art editor Damon Cogman â€“ who is known as â€˜Crasher Cogmanâ€™ on office karting trips, and myself â€“ who weighs, cough, 16 stone.

A phone call to Aston Martin works driver Darren Turner (Is there food? Yes, mate. Great, Iâ€™m in) and British GT driver Riki Christodoulou later and the team was looking more professional. Not quite professional enough, however, as we only managed an 11th-place finish. This was perhaps more down to the magnets Cogman and I seemed to be wearing on our bumpers rather than any lack of pace from the Pros in our ProAm team.

Despite being reminded, once again, that professional racing drivers really are quite good, it was a fantastic event and it helped raise Â£33,905 for the Brooklands Museum Trust and the Kent/Surrey/Sussex Air Ambulance.

The Foundation has just released a date for this yearâ€™s event â€“ Tuesday June 25 â€“Â and is asking people to register their interest. The day isnâ€™t cheap (a team entry for the two-hour endurance race costs Â£1000), but it is for an extremely worthwhile cause and you get to say that you raced against (or â€˜got lapped byâ€™ in our case) professional drivers.

To register your interest please visit www.henrysurteesfoundation.com. And remember, if you get punted off in June itâ€™s probably thanks to that â€˜Crasher Cogmanâ€™. 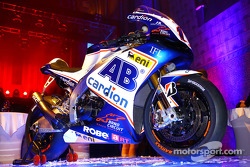 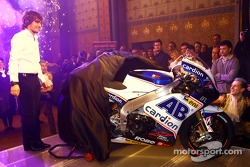 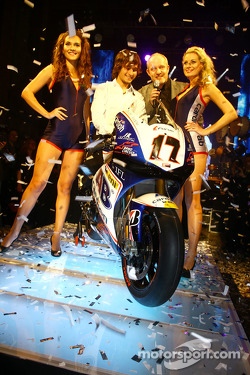 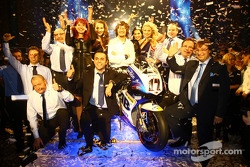 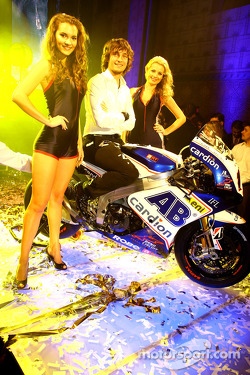 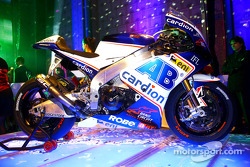 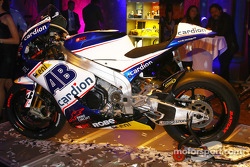 Casey Stoner thinks his honesty was one of the reasons the fans didn’t take to him.

As Casey StonerÂ announcedÂ he will be driving in V8 supercars in 2013 he also gave a little more into his decision to quit MotoGP.

The 27 year old insists that inspite of his broken ankle last season, his decisionÂ has nothing to do with injuries.

Â Speaking to the Telegraph Stoner said “We got spat at [by fans], they tried to knock us off scooters going from the motor homes to the pits.””We had a lack of respect from a lot of people around the sport and I didn’t like the direction it was taking.Unfortunately they didn’t like my honesty in the paddock.

“That was part of it, but more it was the direction of the sport.”

He also critized the fans when they moaned about the sport becoming boring.

“We lost a rider a couple of years ago (Marco Simoncelli) and with in a month it was like it never happened. They want to see biff and barge and they don’t realise our lives are on the line.

“We became puppets in that world and it had nothing to do with racing.”

Whilst he hasn’tÂ defiantlyÂ ruled out a return, he has claimed the sport will need to change significantly to even tempt him.

“I had no intentions of going back to the sport.

“But if I see the sport changing dramatically, to the point that it is interesting, there is every chance.

“But the way I see it going, there is no chance.”

As expected Stoner will be racing in V8 supercars this year

Last week it was reported that Casey Stoner had signed to race in V8 supercars, before he took to twitter to deny it. But much like his Estoril denial prior to his MotoGP retirement.

The 27 year old has signed just a one year deal, in the second category of the supercars to give himself a chance to see how he finds it, and to not tie himself in to a long contract.

Speaking to the Telegraph in Australia, he said “It is a trial year to see how I go and how I like the sport.

“We are definitely making a commitment to it, but at the same time we donâ€™t want to go too deep in case it is not for us. I was going to do 75 per cent of the races, but I have decided to do them all. I want to get as much time in the seat as I can and try to understand what it is like to drive a V8.”

He also added that he would also like to try his hand at the Bathurst 1000, “I doubt anyone would want me at Bathurst, but I am not ruling it out. It is every Aussieâ€™s dream to drive there.”

Stoner will ba making his debut at the Clipsal 500 in Adelaide.

“I have been interested in V8s for a long time,” Stoner said.

“I was about 14 or 15 when I decided I wanted to have a crack. I had the intention to do it then and I forgot about it because I was so wrapped up in my career.

“Once I decided to retire from bikes, there was no thought to go racing again. I wanted to have a full year off and maybe even see the world a bit.

“I wanted to slow down. But as the year went on I started considering the V8 development series. We had discussions from there and eventually got a deal done.”

Valentino Rossi is targeting a podium on his long awaited return on the Yamaha M1 in Qatar in just over three months time.

The nine times world champion is currently fufilling his Yamaha PR work with an Asian tour, and he isÂ optimisticÂ about what lay ahead.

Gazettadellosport caught up with the Doctor during the PR event, and Rossi seems very focused with what is in store for 2013.

When asked about his age (he turns 34 inÂ February)Â  Rossi doesn’t see it as a major factor. “Iâ€™m reaching a certain age, but I feel good, motivated, and eager. I know it will be difficult after two negative years, but Iâ€™m ready. With Yamaha Iâ€™ll be better.”

He is also happy with the bike he will be climbing aboard, despite just a hand full of wet laps at the end of season test in Valencia.

“When I tested at the end of the season, I was immediately comfortable. It has improved a lot in acceleration. The engine is now 1000, but you can feel the progress. Itâ€™ll be difficult, Honda is motivated and in the last races was strong, but the M1 is competitive.”

When theÂ inevitable team mate questions arose, RossiÂ was asked if it would be better this team with the duo knowing each other. “Better to know each other. Weâ€™re both older now and know what to expect. He has an uncomfortable team mate, but so do I. Even if we had problems sharing a garage last time, we won everything,” replied the Doctor.

He was also asked how he will can beat his team mate, who since last time has claimed two of the three world titles.

“Itâ€™ll be hard. His strongest point is that he understands the positive aspects of the Yamaha. Heâ€™s the one that rides it the best. Iâ€™ll have to take it slowly and more than looking at him, Iâ€™ll have to set-up the bike, my team has to be ready, and I have to get on the podium. It will take time to beat Lorenzo: at the start heâ€™ll be faster.”

‘If you donâ€™t win a GP race will it be a big let down?’ A question onÂ everybody’sÂ lips, and the Doctor agrees with the general consensus of fans.

“Yes. The objective is that victory that I havenâ€™t had since 2010. Even if I donâ€™t win, but Iâ€™m on the podium every Sunday would be still fine. But a victory is the game changer.”

Although Rossi isn’t getting ahead of himself, and keeping his ambitions fairly low for the season ahead after the harrowing years on the Ducati. “Iâ€™d like to have a lot of podiums â€¦ at least 10 and finish in the top three.”

It finally ended with a simple question, ‘Where do you see yourself in Qatar?’ Rossi as simple with his reply as the question presented to him. “On the podium. Even if Iâ€™m not competitive against Lorenzo and Pedrosa, we canâ€™t be far behind. And then we have to see what Marquez does.”