The results of our last online poll are in. Over 1500 of you voted for your favourite champion of 2012 and the results threw up a few surprises.

Coming in a strong first was outgoing nine-time World Rally Champion SÃ©bastien Loeb, proof that overwhelming success doesnâ€™t make a driver unpopular. Maybe it was genuine appreciation of his achievements; it might also have been a sense of anticipation that made you vote for him, safe in the knowledge that even if he wins all four of the rallies heâ€™s contesting this year, he wonâ€™t win the championship.

Another of the modern eraâ€™s most dominant drivers came in second: Sebastian Vettel. He still polarises opinion â€“ even in the Motor Sport office weâ€™re alternately astounded and bewildered by him from race to race â€“ but that didnâ€™t stop the votes from piling up.

The real surprise here was that third place was firmly taken by a write-in vote: a first for the website. We thought we were being pretty comprehensive, including most of the major series, but clearly it wasnâ€™t enough. With 197 votes, British Hillclimb Champion Trevor Willis was a very popular man with Motor Sport readers.

Trevor took his first championship for OMS Racing, a family-run constructor who has been active since 1985. Between 1998 and 2011, Gould were the dominant constructor, taking every title over that stretch. I spoke to Trevor about what pushed OMS over the edge last year.

â€œOur carâ€™s always had a weakness in the unlimited class,â€ he says. â€œItâ€™s struggled with a lack of power compared to the Goulds. Weâ€™ve had to develop the car and make it quick in other ways than just being the most powerful. At some venues â€“ like Shelsley and Gurston â€“ we would struggle if the speed wasnâ€™t there, but there were plenty of lower speed, more technical venues where the handling of the car, the aerodynamics and mechanical grip were important.

â€œThis was the second year with the new car, and even that car was an evolution of the previous one. It was a matter of refining it, making it more consistent. Everything we did over the winter seemed to work out and the car had more downforce and grip. I immediately felt like I could compete.â€

Trevorâ€™s first BHC title has come at the age of 50. He chuckled at the suggestion that he might be able to move on to bigger things off the back of his success. â€œIâ€™d love to try other things, but I enjoy hillclimbing, itâ€™s very much where I want to continue. At my age I donâ€™t see it as a stepping stone and you can carry on doing it for longer than other motor sports. Itâ€™s very enjoyable; not just the driving, but the social scene and the technical aspect as well.

â€œBecause itâ€™s an amateur sport itâ€™s very liberal and we can do some radical things. Itâ€™s all about having that last tiny bit of set-up, whether you put an extra turn on the left front damper or design a whole new floor. I do a lot of work myself.â€

Trevorâ€™s enthusiasm is obvious and you can tell he loves where he is and the people that inhabit the BHCâ€™s modest corner of the sport. Of the fans who voted him into third place above the likes of Jorge Lorenzo and Ryan Hunter-Reay, he was quick to say how impressed he is.

â€œThe fans are generally quite knowledgeable because itâ€™s not a mainstream motor sport. You get quite a few who can run through all your history for you and tell you whether that was a personal best or not and what you did two years ago. It takes you by surprise at times; I canâ€™t remember any of that stuff!â€

Thatâ€™s Trevor Willis for you: a modest bloke who also happens to be one of the fastest in the country.

The BHC season opens at Prescott in Gloucestershire on April 27. 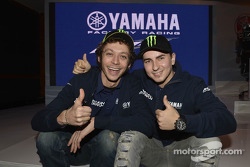 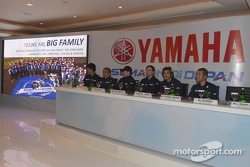 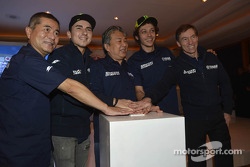 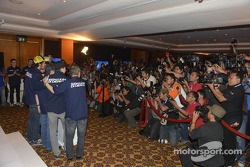 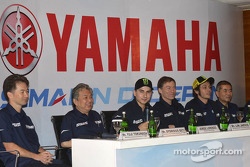 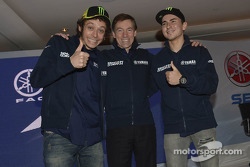 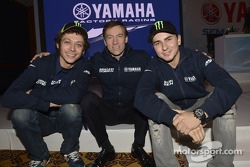 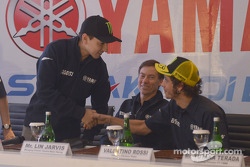 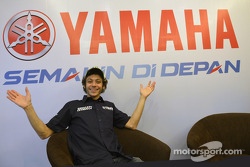 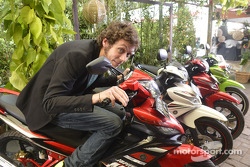 Those who know me will be aware that I am not averse to a grizzle, a gripe or a groan. According to some I fit that Northern standard of dourness.

Certainly I will admit that my musical taste veers sharply towards Joy Division and The Smiths and away from George Formby and Gracie Fields, and that compulsory fun is anathema to me. This blog, therefore, should have been a breeze.

Iâ€™m pleased to report â€“ more for my own sanity than for your benefit â€“ that, despite my geographical typecasting, it was not.

In no particular order my selections are:

4. Rory Byrneâ€™s Toleman TG183: bristling with praiseworthy innovation but, boy, it was fugly.

6. That teams at the highest level feel they cannot survive without paying drivers.

9. That the World Rally Championship cannot find a place for the Safari Rally. Lack of ambition.

10. Run-off areas the size of a long-term car park at Heathrow.

11. Modern NASCAR drivers who look as if they might be teetotal â€“ or might not own a pet alligator/grizzly. I exaggerate, but you know what I mean.

13. Discovering that a celebrity of whom I am not fond is a fan of motor racing.

14. Discovering that a celebrity of whom I am not fond is not a fan of motor racing yet has been given access to the grid in Monaco and has the brass neck and televised opportunity to impart their â€˜knowledgeâ€™ to those less fortunate.

15. Commentators musing on the next round while the current race has yet to conclude.

16. Turning vanes and all other aerodynamic bodywork flicks and tricks. Clever, yes, but a visual mess.

17. Dopey rally spectators who stand in stupid places and spoil it for everybody else in both the shorter and longer terms.

22. Corners â€“ especially challenging ones â€“ being called Turn 1, Turn 2, etc. Lack of imagination and/or history. (Ovals are exempt from this criticism.)

23. Drivers referring to it as Turn 1, etc, even if said corner has a perfectly good long-established name. Cause? Too much acquisition of data and insufficient knowing of stuff.

26. That todayâ€™s backmarkers are expected to â€˜disappearâ€™ on demand.

27. Brooklandsâ€™ slogan â€˜The Right Crowd and No Crowdingâ€™ â€“ and that this ethos still holds true at F1â€™s epicentre. Aspirational, they call it.

28. Calling them John Player Specials â€“ the thin end of the corporate wedge. Literally in the Lotus 72â€™s case.

30. That Archie Scott Brown was denied by prejudice the GP career his talent so obviously deserved. Juan Fangio thought him good enough and thatâ€™s good enough for me.

31. Benettonâ€™s Option 13 and the gut-wrenching thought that Ayrton Senna entered Tamburello on May 1, 1994, convinced that the car hounding him as he did so was beyond the regulations.

32. That there were accusations of cheating circulating the BTCC paddock at Snetterton the day that Senna died. Felt grubby.

33. That fiddling with qualifyingâ€™s formats and processes have cost pole position some of its potency as F1â€™s measure of pure speed.

34. When people insist that you cannot compare racing drivers from different eras. Of course you can. Is it possible to imagine Tazio Nuvolari and Senna climbing into a racing car of any type from any era and them not being sensationally quick in it? No further questions, mâ€™lud.

35. The FIA World Touring Car Championship: halfway round the world for a couple of 12-lappers.

37. The unseemly recent argument over the Lotus name. Not sure either team warranted the eventual honour.

38. BRMâ€™s V16 up close. Too shrill. Echoing from the far side of a circuit, itâ€™s spine-chilling. The â€˜bagpipes of motor racingâ€™.

39. That my Corgi 1:32 Lotus 72 had an Emerson Fittipaldi figurine in it rather than a Ronnie Peterson one. Disgruntled six-year-old, straight out of the box.

40. That engine note and gear changes are rarely in sync with the image in early examples of onboard footage. Maddening.

43. Drivers who regularly alter their crash helmetâ€™s design, i.e. more than once. Like my mum used to say in C&A: â€˜Donâ€™t worry, youâ€™ll grow into it.â€™ She was talking physically, of course, whereas Iâ€™m talking psychologically.

45. That the Austrian national anthem is played every time Milton Keynes-based Red Bull Racing wins. Yes, yes, I know where its money comes from, but stillâ€¦

I couldnâ€™t think of 50 in the time I allotted for this process. But I reckon thatâ€™s a good thing â€“ as is the fact that not all items listed stem from the past five years of the sport. Either my specs are not as rose-tinted as I thought they were or, heaven knows, Iâ€™m not as miserable as I â€“ and others â€“ thought I was. 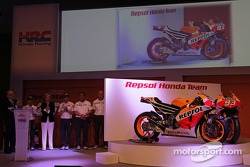 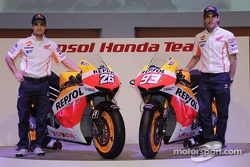 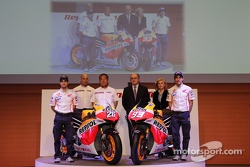 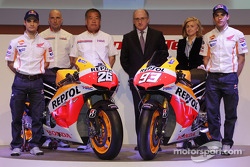 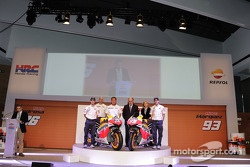 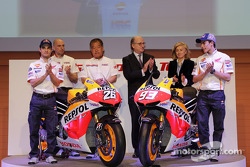 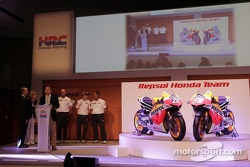 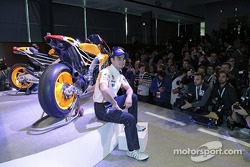 Red Bull-sponsored teams have claimed victory in the truck and bike categories during this year’s Dakar Rally.

Cyril Despres battled his way through the early stages of the 2013 event, in which buggy, bike, quad and lorry drivers took on 8500km of harsh terrain in South America, and managed to claim his fifth Dakar victory.

Riding a KTM, the Frenchman gained his second consecutive win in the rally, despite suffering a penalty after he was forced to change engines halfway through the race.

“Of course every win at the Dakar is special but this one stands out for me because it is the first time I have been able to defend my title. Winning the Dakar two years in a row is rare and nobody has done it since Fabrizio Meoni 10 years ago,” he said of the win.

Team Kamaz’s Eduard Nikolaev saw similar success in Dakar 2013, fending off all competition to win the truck category by more than 37 minutes. His victory was doubly special, as he is the first truck driver in the race’s history to win the competition without taking first place in any individual stages.

The Russian, whose career began as a mechanic, was joined by teammates Ayrat Mardeev in second place and Andrey Karginov in third.

Commenting on the win, Nikolaev claimed the full weight of the extraordinary feat has yet to sink in.

“All I have been concentrated on since we arrived in South America was fighting minute by minute over every kilometre I drove in our truck. To come out of that after such an intense fifteen days with the victory is something that I simply can’t put into words. It’s simply incredible and I’m on cloud nine right now,” he said.

Unfortunately, a valiant effort in this year’s Dakar Rally proved fruitless for the Qatar Red Bull Rally Team, who were forced to bow out of the competition early.

The early stages saw the buggy team gain and hold a triumphant lead over their competitors. Red Bull driver Carlos Sainz wasted no time in making his mark on this year’s rally, hitting the fastest time on the 13km opening stage in Pisco and overcoming navigational issues to beat the pack and claim victory on day two. However, teammate Nasser Al-Attiyah – winner of the 2011 rally – was not content to let Sainz have all the glory – securing his two consecutive stage wins on days three and four.

Technical troubles plagued the team throughout Dakar 2013, forcing two-time World Rally Championship winner Sainz to drop out on day six. He was shortly followed by teammate Al-Attiyah, who bowed out of the competition on day nine due to a broken water pump.

However, the duo were not cowed by the experience and vowed to return for the 2014 event with their sights set on victory.

“Despite having such a short period of time to prepare we still managed to win five of the eight stages we completed. What we achieved at the 2013 Dakar with the Qatar Red Bull Rally Team was really remarkable and I’m so proud to have been a part of it,” Al-Attiyah said.