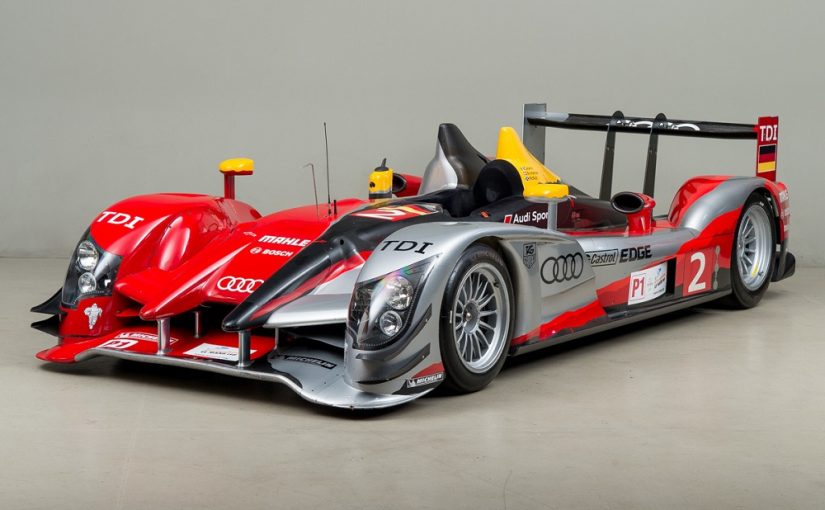 In the automotive hobby, there are rare cars, and there are the kind of ultra-rare unicorn cars that are the stuff of legend. This 2009 Audi R15 TDI for sale on Canepa definitely falls into the later category, as it’s the only example of the Le Mans racer in private hands, and it’s also the last of Audi’s open-top race cars. Along with those  distinctions, this example — chassis number T 101 — was actually the very first version of the R15 produced, and saw action at the 12 Hours of Sebring in addition to the grueling French 24-hour race.

Unfortunately, that was an off year for Audi at the Circuit de la Sarthe, and the car took third place in class, behind a pair of Peugeot 908 HDi FAPs. That said, while it wasn’t the most successful of Audi’s modern race cars, it played a critical role in the development of the company’s successes at Le Mans. In fact, an updated version of the the R15, dubbed the R15 Plus, returned to France in 2010, and took delivered a spectacular one-two-three finish, reasserting Audi’s dominance at the event.

Of course, it goes without saying that this machine’s performance potential is so far beyond the capabilities of mere mortals, it’s not even funny. Power comes from a 5.7-liter diesel V10, which is good for 590 horsepower and a whopping 774 lb-ft of torque.

Due to the rules of Le Mans, all that poke is transferred exclusively to the rear wheels via a dual-clutch transmission. There’s nothing mentioned about it in the listing, but given the fighter-jet complexity of Prototype cars, something tells me firing it up is a little more complex than it would be with, say, an new RS7 Sportback. So I’m wondering how feasible it would be to bring this to a track day. If you have any details on that subject, please hit me up.

Somewhat unsurprisingly, there’s no listed price, but I think this baby fetch a million dollars if I fetches a dime. Curiously, while the race history seems pretty comprehensive, there’s no mention of how it long it’s been in private hands, or even how it got there in the first place. Given how special this machine is, and the bleeding-edge tech Prototype cars feature, the owner likely pulled some strings to get it, so I’d bet that story makes for fascinating reading.

This isn’t the first time we’ve seen an Audi Prototype up for sale, as back in March, I posted about an R18 TDI Ultra which came up for sale. While that machine didn’t actually compete at Le Mans, a version just like it took the checkered flag at the 2011 running of the race. That listing is long gone, so it’s unclear how much it went for, but again, it can’t have been cheap. Personally, I’m beyond stoked that 2023 will see Audi return to Le Mans, and we’ll have more details on that machine early next year, so stay tuned.