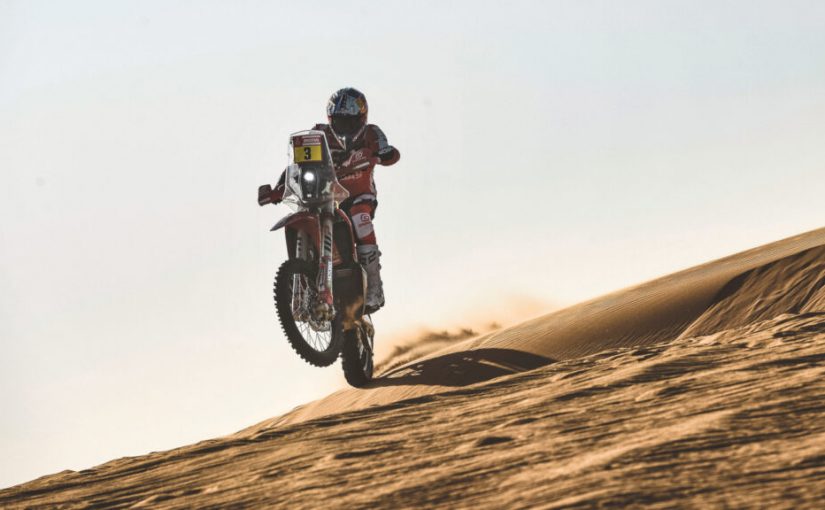 The British rider tops the standings for the final day of racing as Sam Sunderland retakes the Dakar 2022 lead after Stage 11. Riding for the GASGAS Factory Racing team, the 2017 winner finished the 345km special in second place, just four seconds behind Kevin Benavides. And that has earned Sunderland a gap of six minutes and 52 seconds at the top of the rankings.

Sam Sunderland: “Today was a really tough one. We were expecting it to be difficult and even four kilometers in there were lines everywhere in the sand. From there on I had to focus on myself and stay on top of my roadbook, it wasn’t really an option to follow the lines ahead. Through the dunes I was able to make up some time, which was good and I just missed out on another stage win. Up until now the race has gone really well, the whole team behind me has been fantastic but the race isn’t over until it’s over. All I can do is hope for a clean run through tomorrow’s stage and then we’ll see where we end up.”

David McBride finished Stage 11 in 57th place, with David Mabbs in 101st and Simon Hewitt in 113th.. That means McBride is now 46th overall, with Mabbs in 89th and Hewitt 11th, out of a total of 125 riders still classified overall.

Mirjam Pol has maintained a lead of more than three hours in the Women’s Trophy, Mason Klein continues to lead both the Rally 2 and Rally 2 Junior Trophy, and Arunas Gelazninkas leads the Original by Motul class. In the Veterans Trophy, Mario Patrao has extended his lead over David McBride to almost an hour, but second place is still a battle with Mikael Despontin 14 minutes behind in third. 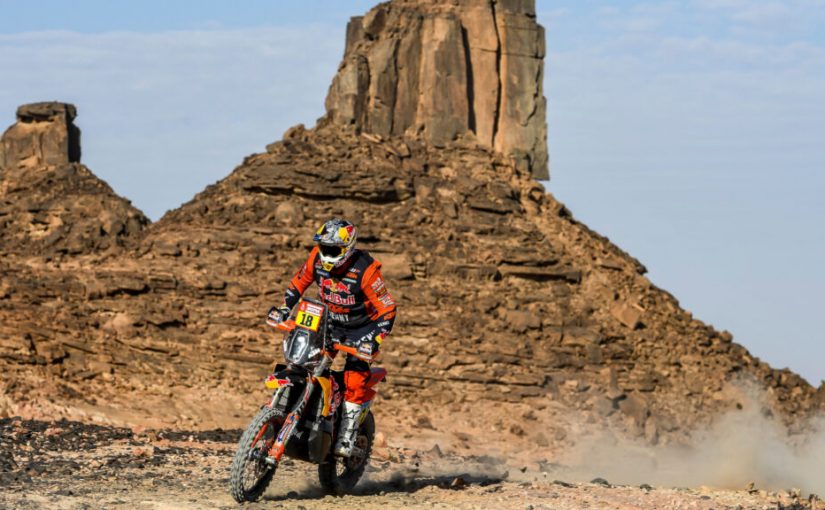 Australian KTM rider Toby Price wins Dakar 2022 Stage 10, keeping the two-time winner in contention for the overall victory as Adrien Van Beveren takes over the top of the standings from Matthias Walkner.

The 759km ride between Wadi Ad Dawasir and Bisha included a 375km timed special which saw Price finished ahead of Luciano Benavides and Van Beveren, with Lorenzo Santolino and Andrew Short rounding out the top five. Sam Sunderland finished 17th on the stage, keeping second place overall, with Walkner ending the day in 26th, meaning that it was Honda’s Pablo Quintanilla who moved up to third in the fight for the 2022 Dakar title.

Toby Price: “It’s been a really good day for me today. I focused on my roadbook the whole way and did a good job with my navigation with only a couple of small mistakes over the whole stage. I’ve moved nicely up the order overall, but there is still a bit of a gap to the front guys. As we know, anything can happen in rally, so I’ll give it my all for these last two days and we’ll see where we end up.”

Sam Sunderland: “Day 10 is in the books and it was a tough one. Early on, Mason Klein crashed so I stopped to make sure he was ok as it looked like he’d had a big one, but I think he’s ok. I then set off and things were going good. I felt strong on the bike and my pace was solid. But then I ended up in the wrong canyon near the end and lost a bit of time. With two days to go and the times so close, it’s too close to call. It’s wide open so it certainly makes for an exciting race!”

Unfortunately Kevin Benavides was forced to retire due to a technical issue, but the reigning Dakar champion hopes to rejoin, alongside Danilo Petrucci, who continued after he was also forced out of the overall standings early on.

But it’s the overall rankings which are closest during the final stages of the 2022 Dakar, with the top five separated by around 10 minutes after more than 33 hours of riding. And the top 13 riders are all within 50 minutes of the leader in an event where anything can, and often does, happen. Meanwhile 128 riders remain classified, with simply finishing the Dakar being a notable achievement. And this just two stages left, the winner of the Dakar 2022 will soon be decided.