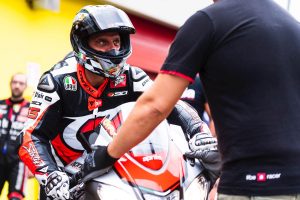 You never know who might turn up for a quick blast at a track day. As demonstrated when former Grand Prix and World Superbike legends Loris Capirossi and Max Biaggi ride at an Aprilia track day along with the regular attendees. It happened at one of the Aprilia Racers Days 2018 events, with the 16th date of the calendar taking place at Mugello in Italy. So you can imagine the Noale-based motorcycle manufacturer invited the two stars along.

Capirossi is currently the Safety Advisor to Dorna Sports for MotoGP. He won two 125cc GP titles, and a 250cc world championship with Aprilia in 1998 before switching to the 500cc class, and then MotoGP until his retirement in 2011. Now 45 years old, he was joined by Max Biaggi, who he often raced against. Biaggi dominated the 250 world championship from 1994 to 1997, taking four titles, and three of those were on an Aprilia. He arrived in the top class in 1998, and competed until 2005 before switching to World Superbikes. Riding again for Aprilia he took two WSB titles in 2010 and 2012, before ending his competitive international career in 2015. 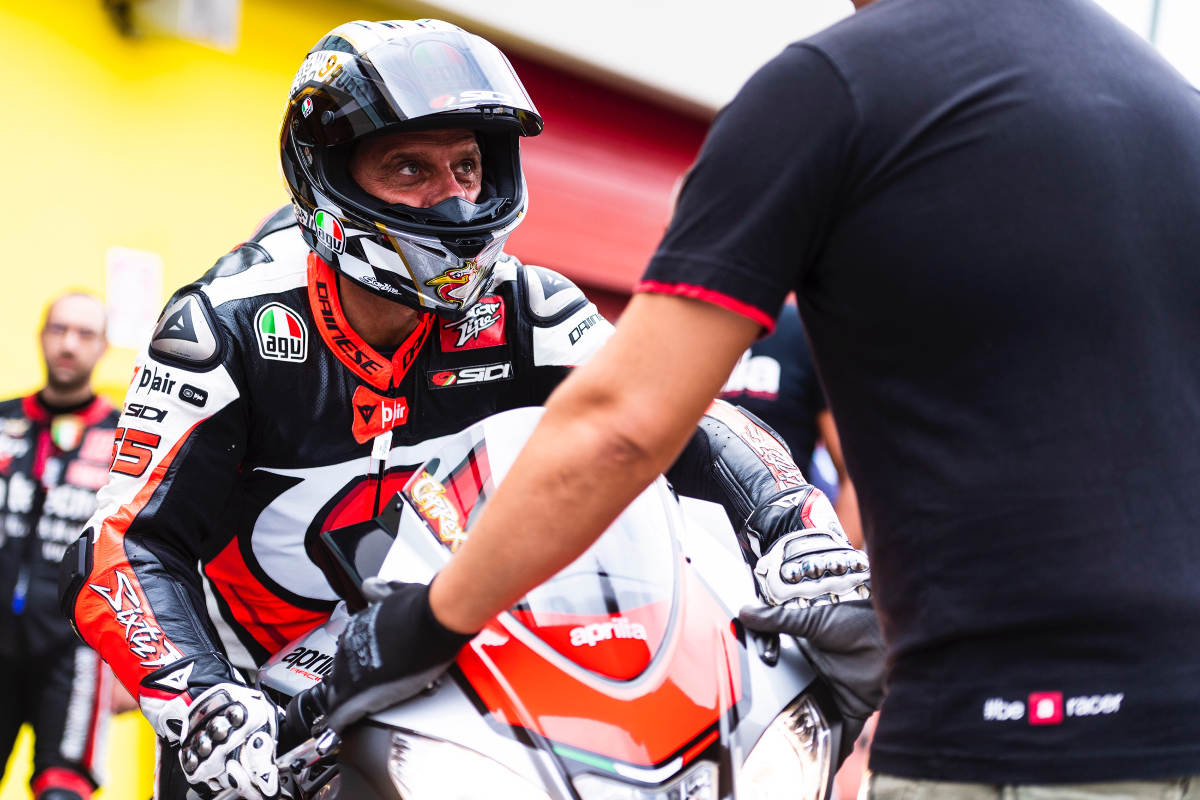 The former GP rivals were riding at Mugello on both an Aprilia RSV4 RF and an RSV4 which had been fitted with a Factory Works kit and then tuned by Aprilia Racing. So the normal track day riders had a bit of an excuse when their lap times didn’t quite match up. 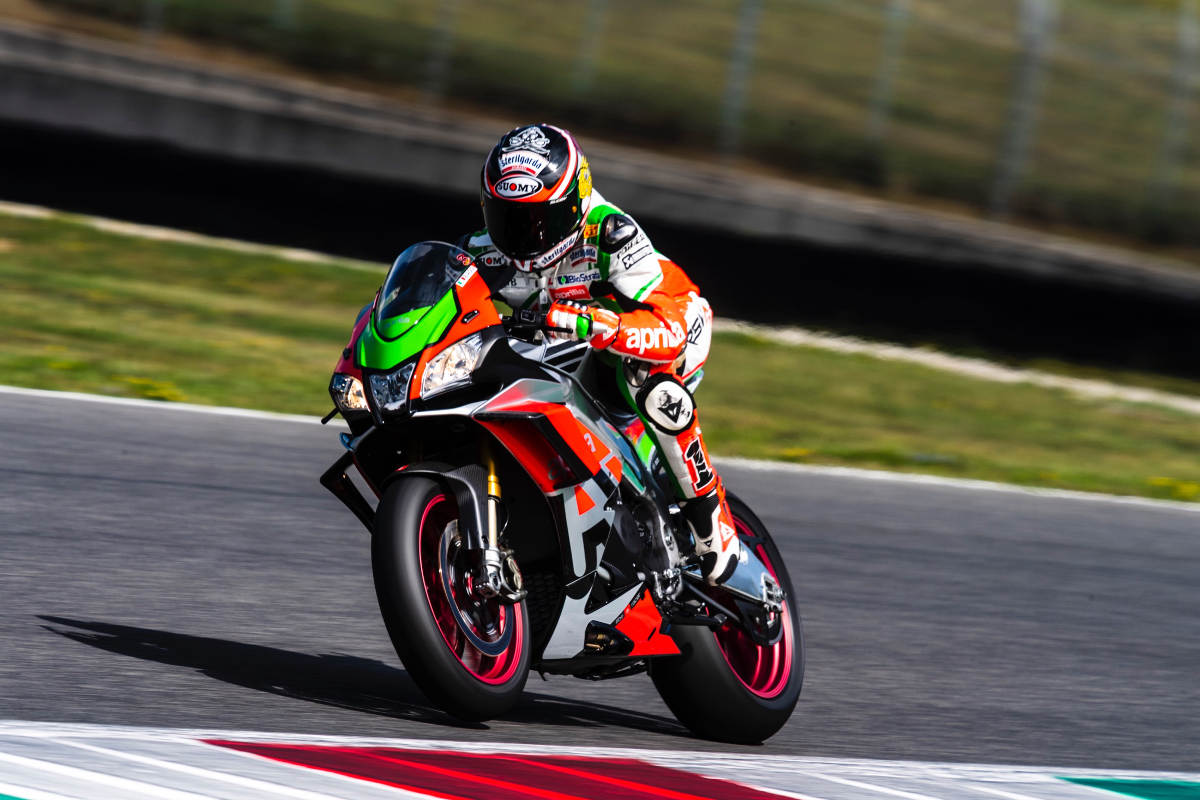 In addition to enjoying the Mugello track, the pair also chatted with riders and fans. Along with photo opportunities, they were able to suggest bike set-up advice and how to set a good time around the circuit. 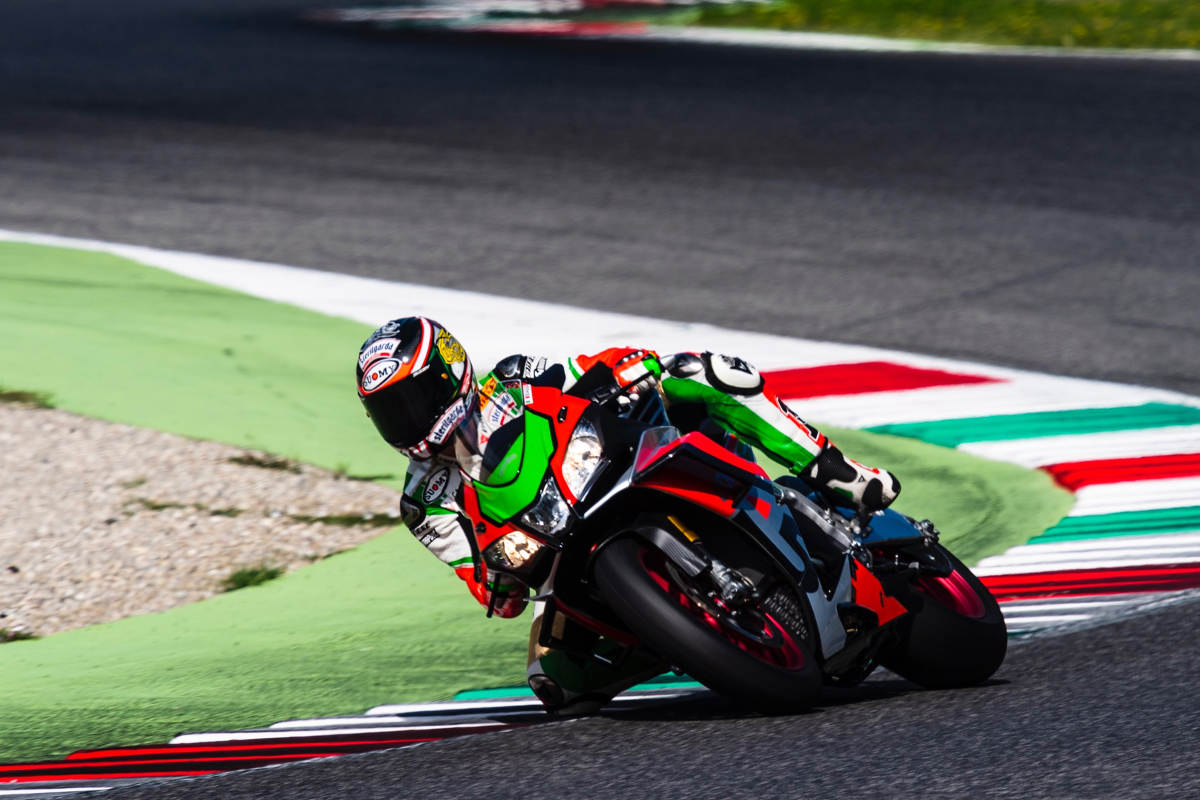 Max Biaggi: “Fantastic! Of course, the things we did when we were racing cannot be repeated, but with this bike you really go fast and Loris still has his style, so it was like taking a ride down memory lane. This RSV4 is a bike made for the track. It felt like I was back on my SBK. You really go fast and it is a lot of fun. An experience to repeat.” 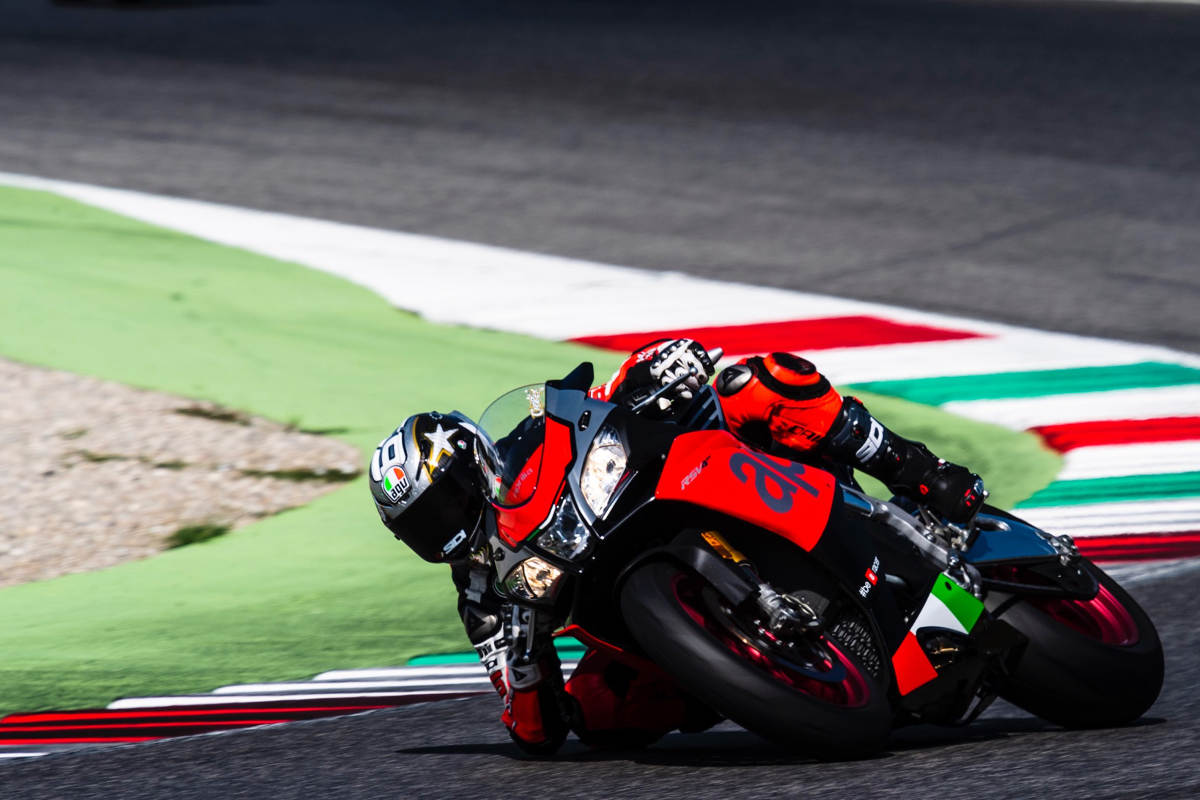 Loris Capirossi: “Having the track all to ourselves and precisely here at Mugello was an emotional experience. As always, Max never gives in and he really opens up the throttle. I enjoyed the RSV4 very much, especially in the Factory Works version. At Mugello, power and torque count for a lot and I truly had a lot of fun.”

The Aprilia Racers Days take place throughout the year, and allow enthusiasts to test the top models in the Aprilia RSV4 RF and Tuono V4 1100 Factory ranges. The ‘season’ takes place on 18 dates at a variety of top tracks in Italy, including Imola, Vallelunga, Misano and Mugello. Although this particular event was the 16th, and the calendar is winding down, apparently Biaggi and Capirossi have already promised to return in 2019.

Given the fact that two top Italian rivals were on track, perhaps the biggest surprise was the lack of incidents on track. But you never know who might turn up on your next track day, and it’s best not to underestimate a pair of Italians in their mid-to-late 40s if you happen to see them rock up on some Aprilias…