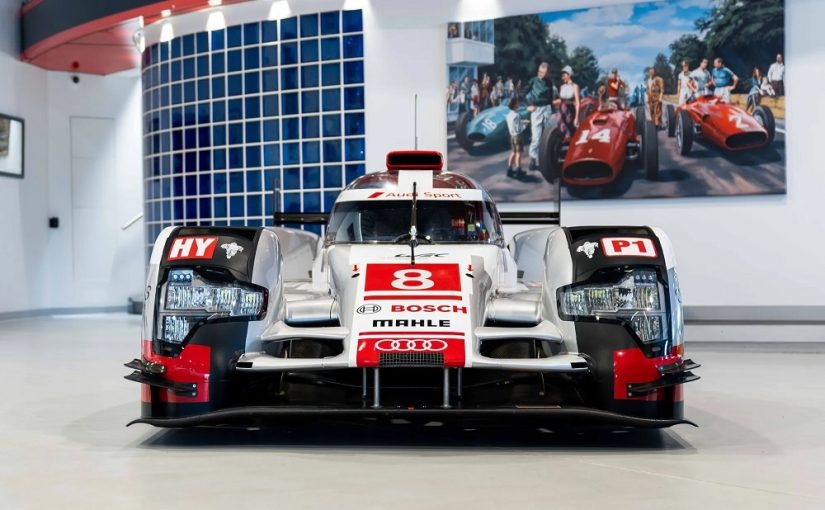 This 2015 R18 e-tron quattro represents the bleeding edge of Audi’s endurance racing tech at the time.

While corporate cousin Porsche remains the manufacturer with the most victories at the 24 Hours of Le Mans, no marque has dominated the modern era like Audi. In addition to Audi Sport’s three consecutive victories in 2000, 2001, and 2002, it proved nearly unstoppable between 2004 and 2014. Only a loss to home team Peugeot in 2009 kept the Four Rings squad from cementing a decade of dominance. Now, one well-heeled buyer has an opportunity to own a piece of motorsport history, in the form of a 2015 Audi R18 e-tron quattro.

To be clear, the example currently listed by specialist dealer Joe Macari didn’t campaign at the legendary French endurance race. But it did see action at the 2015 runnings of the 6 Hours of Fuji, the 6 Hours of Shanghai, and the 6 Hours of Bahrain. Over the course of its career, it never achieved a podium finish, but with fourth place finishes at Shanghai and Bahrain, it came tantalizingly close.  As the livery attests, it was also driven by current Formula E driver Lucas di Grassi, 24 Hours of Daytona winner Oliver Jarvis, and Loïc Duval, who brought another R18 across the line to win Le Mans in 2013.

This vehicle is chassis number 416, and the price — as you can probably imagine — is available only upon request. The rear wheels are powered by a 550-horsepower 4.0-liter V6 TDI, and the front wheels are driven by a 268-horsepower all electric motor.  According to the listing, the R18 benefited from improved fuel efficiency, a more robust cooling system, and aerodynamic improvements over it’s predecessor, the R15. Obviously, that’s the tip of the iceberg when it comes to the go-fast bits this weapons grade endurance racer is packing, as it represents the bleeding edge of Audi’s racing technology at the time.

Now, as cool as this machine is, what’s even more exciting is the fact that Audi is coming back to Le Mans. Almost exactly a year ago, Audi announced it had decided on a chassis partner and an engine concept. And if the timeline Audi Sport director Andreas Roos mentioned at that time is accurate, the testing is already well underway. Hopefully we’ll get more info on the new racer soon, but between this car and the just-announced Formula 1 program, the next few years are going to be exciting for Audi race fans!