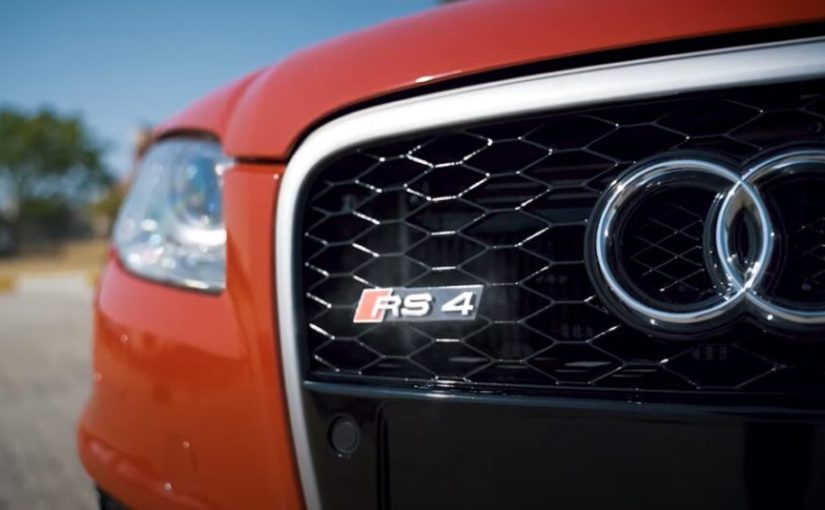 The 4.2-liter V8 ranks as one of the greatest Audi engines and one of the best small-displacement V8s of this century. Stock, it churns out 414- horsepower and 317 lb-feet of torque. For whatever reason, the owner of this RS4 decided that wasn’t enough and installed a supercharger. The result is a 500-horsepower, all-wheel drive brute that weighs just shy of 3,800 pounds.

Performance stats for the stock RS4 B7 are 0 to 60 mph in about 4.6 seconds and a top speed of 185 mph. Those numbers put the RS4 in the middle of any number of sports cars from that era and are still fast today. With the supercharger, 0 to 60 in the low four-second range and a top speed of around 200 mph don’t seem like that big of a stretch. The original RS4 was a master of understatement. There are a number of changes to the A4 bodywork like flared fenders to house 19-inch wheels, a small rear spoiler, and a more aggressive front facia. The result enhances the look of the already timeless B7. It looks tailored next to the A4’s off-the-rack appearance. Visually, the biggest difference is under the hood. I’m not sure how Audi stuffed a 4.2-liter V8 under the hood of an RS4. There isn’t room for a tennis ball, let alone a supercharger.

Incredibly this modified RS4 looks stock. The owner paid serious money for the supercharger work. It’s a first-class job, and the results are incredible. Audi’s 4.2-liter V8 sounds slightly lumpy off idle, doing a convincing impersonation of a small-block V8 with a German accent. At full throttle, it bellows fury. There’s little drama thanks to the all-wheel-drive. The RS4 digs in and launches like a sprinter out of the blocks.

To see how well it works, watch the video.