Audi engineers really want to build an R8 successor, but before that, we’re bound to see some performance plug-in hybrids.

At the moment, Audi has just begun pivoting to its all-electric future, which means legendary models like the R8 — and its glorious V10 — are headed into the sunset. Fortunately, the internal-combustion party isn’t over just yet. There are still faster versions of the RS6 Avant on the way, and in a new interview with our friends at Autocar, Audi Sport managing director Sebastian Grams says enthusiasts have a lot to look forward to, including why building an R8 successor is his “biggest wish.”

In the piece, he touches on loads of interesting points, from how important noise is to enthusiasts, to Formula 1 cost caps, to the possibility of an electric TT. But here’s what really jumped out from Ingolstadt’s performance wing:

We are going in the direction of performance plug-in hybrid systems. This is what we are going for and I can tell you, this will be no less amazing than what you’re driving today. I personally believe that you will also have more opportunities to design the driving performance to be even cooler for the customer.

Now obviously, I love the idea of a cooler driving experience, just like every enthusiast with a pulse. And to be brutally honest? My experience with electric performance cars has demonstrated that when you have wicked instant thrust, even things like the lack of a manual transmission and a wicked engine note can be forgiven. So I’d be happy to skip the whole plug-in hybrid step and go straight to weapons-grade green machines.

Where Should Audi Performance Go Next? (AudiWorld’s Take)

While the interview with Grams was informative, there wasn’t any discussion of the performance Audi I’d most like to see. Because I want to see a road-legal car derived from the history-making RS Q e-tron — and the timing is perfect for it. Seriously, just think about how crazy people went giving Porsche 911s the safari treatment. It got so popular that Stuttgart actually responded with a factory version. Even Lamborghini is making an off-road-focused supercar, in the form of the Huracán Sterrato. I’m telling you, there’s gold in them there hills.

And of all the companies making high-end sports cars today, which ones have a legacy that even approaches Audi when it comes to getting dirty? I mean, Group B anyone? Just imagine something built using what the engineers at Audi Sport learned running the RS Q e-tron in the Dakar Rally, and how cool that would be. If they could style it so it looked like the Quattro S1, I don’t believe they’d be able to make them fast enough. Porsche and Lamborghini might have beaten Audi to the market, sure. But going fully electric would be a game changer. Suddenly, every other manufacturer would be playing catch up.

Of course, there’s a reason that I’m a writer and not a product planner, and it’s easy to spend someone else’s money on research and development from the comfort of your keyboard. That said, I really think I’m on to something here. So what do you think? Would it be a good move for Audi to lead the charge when it comes to off-road-focused electric cars? Hit me up and let me know! 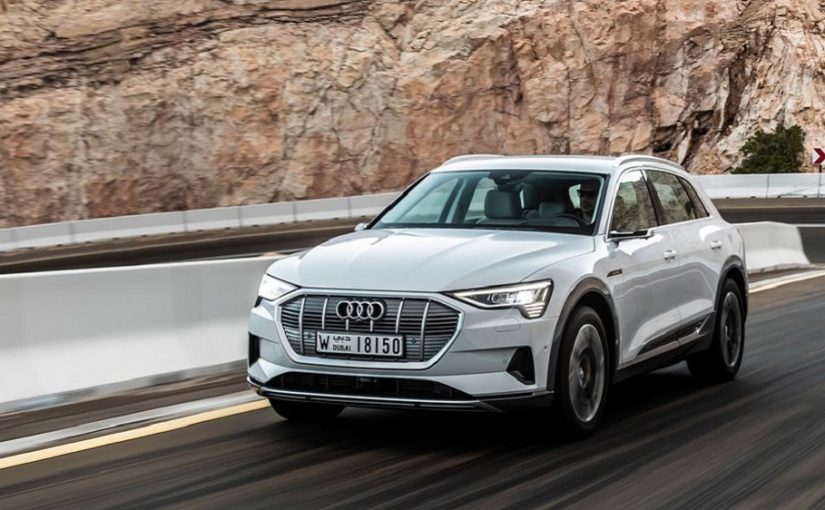 AudiWorld member A4 Phil took his Audi e-tron on a 5,000-road trip over Christmas and dubbed his e-tron a ‘road trip king.’

The 2019 Audi e-tron was a huge moment in the history of the brand, as it marked the beginning of Ingolstadt’s pivot toward its all-electric future. With 355 horsepower, electronic quattro all-wheel drive, and a 204-mile range, it’s a new breed of EV, and unlike many competitors, the styling doesn’t scream “electric car.” But while most buyers would be content to use the e-tron as a daily driver or commuter, AudiWorld member A4 Phil recently completed a 5,000-mile road trip, and overall, he’s beyond pleased with the performance of his green machine.

In fact, he starts the post with this endorsement: “Our e-trons really are road trip kings. Take yours on a trip. You will love it.” He also praised the e-tron’s charging speed, saying “There is something very satisfying about rolling into charge with your ’19 and being out of there in 20 minutes while the other new Mach-Es, BMWs, etc, are wondering why they are charging at 50 kWs.” That said, while things went smoothly overall, A4 Phil has a separate thread on the Adaptive Cruise Assist, and posted some interesting observations about the e-tron’s route planner.

If you’re curious about what it’s like to travel via electric car, it’s a good read, so I’m including his first two points here:

Why does the map not yet show DC chargers en route? If I have a leg that the map is showing me my next charge, I’d like it to also show me any other EA’s I am passing in case my family is asking for a food stop, I can select an exit because of an available EA that is in the area. It shows me gas stations and all sorts of useless information, but not en route DCQC’s.

Why does the e-tron route planner not give you an SOC charging target? It gives you a charging time. But the time is useless because it does not account for the actual speed of the charger. Just the planned speed. So it tells you that you are going to roll in at 21% SOC and you will need to charge for 26 minutes. To what SOC? Why doesn’t it say that you are rolling in at 21% SOC and you need to charge to 87% SOC. Or better, why doesn’t it push you an alert on your phone so that you are notified while wandering around Walmart or whatever you are doing.

For the uninitiated, “EA” stands for Electrify America, “DCQC” stands for DC Quick Chargers, and “SOC” stands for State of Charge. And just as you’d think, his fellow Audi fans have some thoughts.

For starters, rdgrimes has an easy solution to the quirks of the native system, saying “I think the general consensus is to use anything other than the Audi route planning.” Also, yeamac points out that when it comes to road trip royalty, his Chrysler Pacifica takes the crown. And having driven Ma Mopar’s luxurious people mover? I can see why. Because while it’s as comfortable as an old-school Lincoln Continental, it’s got way more room, and the hybrid system gives it a range of around 500 miles — so your bladder will likely require attention before the fuel tank will.

Of course, that’s comparing apples to oranges, as there’s no gas engine on board with the e-tron. And it’s worth noting that exotic EV manufacturers like Lucid have already cracked the 400-mile mark, meaning we’ll soon see electric vehicles with an even more impressive range. There’s plenty more great info on the thread, so head over and check it out! 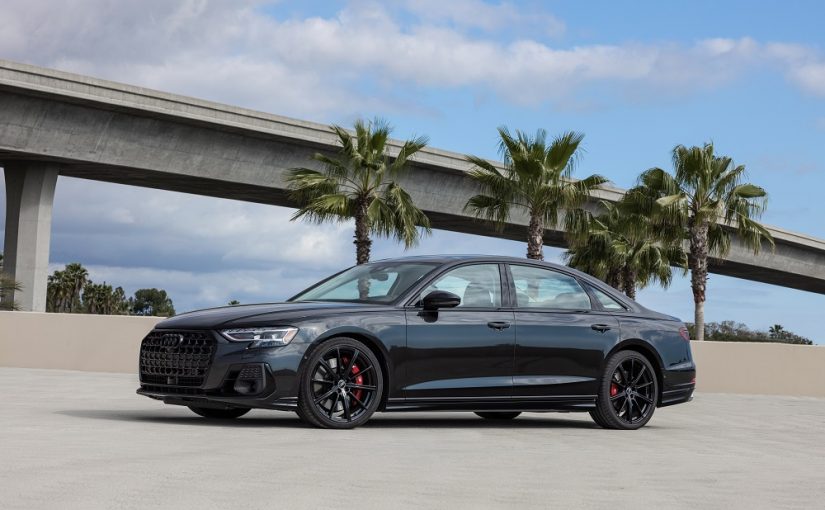 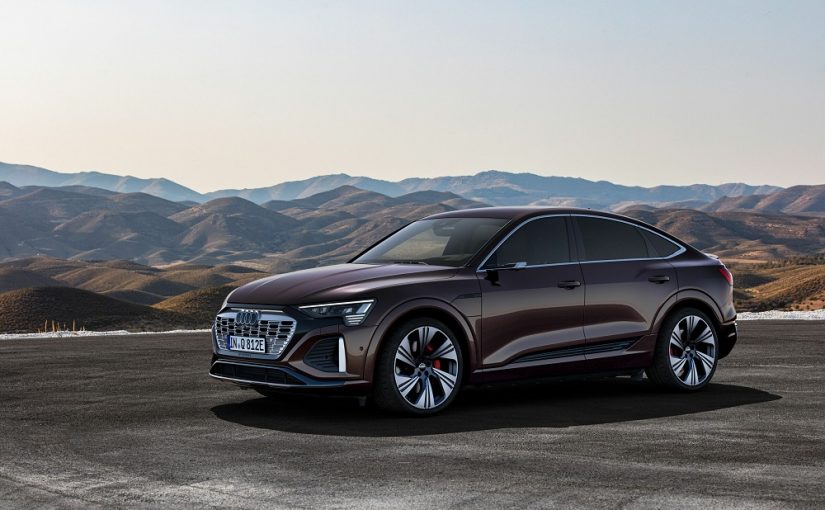 e-tron line about four years ago and has since sold about 150,000 units. The automaker currently has eight electric models and by 2026 they expect that number to be over 20. By 2030 Audi is expected to be a fully electric brand. The new Audi Q8 e-tron is another significant step towards that new reality. “The new Audi Q8 e-tron, with its improved efficiency and range and refined design, is another important component in our electric portfolio to get people excited about electromobility with emotional models that are suitable for everyday use.” Said Markus Duesmann, Chairman of the Board of Management of Audi AG.

With the Q8 e-tron Audi is going with a new face, new name and new corporate identity. The Audi Q8 e-tron and SQ8 e-tron will be the top rung electric SUV models for the brand. The new models will instantly be recognizable as not just an Audi product. But as an all-electric Audi product. These models will be the first to usher in a new two-dimensional design of the four rings on the exterior. The new model will also feature Audi lettering on the B-pillar. But this newest e-tron is about much more than badges and lettering. 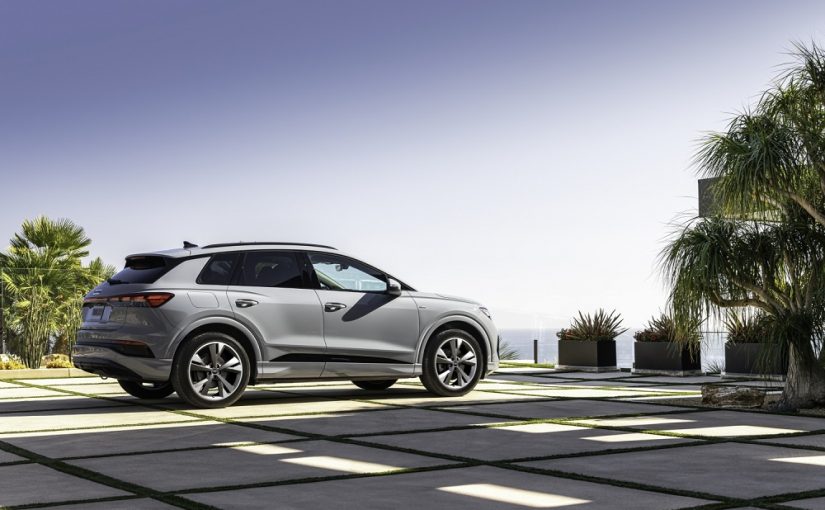 supply chain issues that are impacting automobile manufacturers all over the world. It is not just Audi feeling the pinch but with the release of recent sales figures we see just how big the impact has been. Year to date (YTD) sales total 132,821 vehicles compared to 162,854 at this time last year. That is a decrease of 18.4 percent. Certified Pre-Owned (CPO) sales were hit even harder. 2022 YTD CPO sales are 25,389 versus 40,389 last year. That is a decrease 37.1 percent. But it is not all doom and gloom. The one bright spot are EV sales. The e-tron, e-tron GT, and e-tron Sportback all show sales gains compared to 2021. Audi may leverage the new U.S. federal EV tax credit rules to increase EV sales even more.

Earlier this year, the Inflation Reduction Act was passed, and it changed the rules around the federal EV tax credit. The credit is still worth up to $7,500 on the purchase of a new electric vehicle. However, the rules have changed in order to encourage EV production in the U.S. In order to be eligible for the credit the EV must be produced and assembled in the U.S. And their battery materials must be sourced from within, or from a country with which the U.S. has a trade agreement. So, what does this mean for Audi? Well, Audi has never had a U.S. car plant. But these new rules may change that.

INSIDEEVs a recent article was published by Automotive News stating that Volkswagen Group is considering building EVs in the U.S.