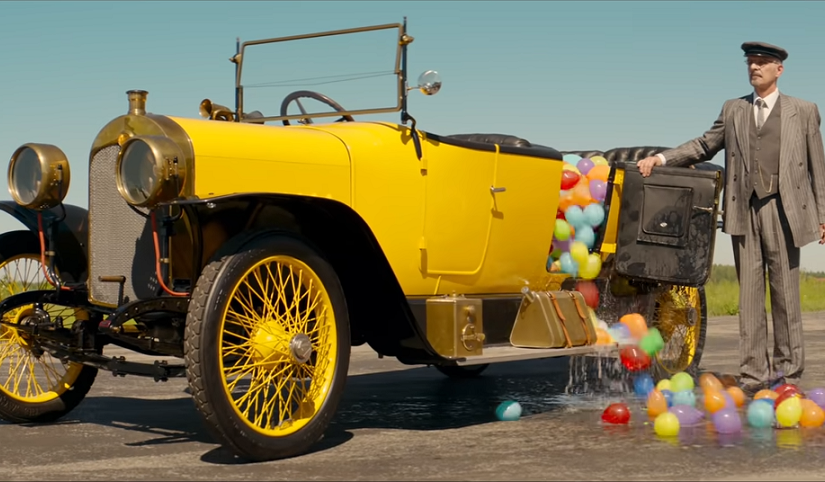 The latest Audi Flims offering is a water balloon battle royale with cameos from historic hardware and legendary drivers.

If there’s anything that comes to mind when people think about Germany, it’s light-hearted, goofy fun. OK, that might be a bit of a reach. But the latest installment from Audi Films is a blast to watch, and it’s all about being present and enjoying the moment, which is a message we can never hear enough. Plus, there are plenty of shots of people being hit dead in the face with water balloons, and unless you have a titanium plate where your funny bone should be, that should give you a chuckle. Rest assured, no humans were harmed during the making of this lovely little short.

There’s exactly zero exposition here, and the action starts with a suburban dad rolling home from the office. Just after he parks his e-tron Sportback, his children ambush him with a water balloon attack, and while he’s attempting to take cover, the kids next door start lobbing bombs his way too. Fortunately, his wife comes to the rescue. Not only does her orange Q8 provide formidable cover from the onslaught, she’s also packed the cargo area with a grip of water balloons so they can return fire. To me, that screams keeper.

Now, because Audi is actually in the business of selling cars — and not like, planning combat-themed suburban block parties — there’s lots of killer hardware on display here. Keep your eyes peeled, and you’ll spot an R18 E-Tron, Type A, Audi Union Type C, and a 200 Trans Am race car, so it’s clear the folks at Audi Tradition went deep into the vault here. One of my favorite shots shows Walter Rohrl’s co-driver trying in vain to tie a balloon while the legendary rally champ rips down a dirt path in an Audi Sport Quattro. I actually laughed at loud.

There are other cameos here too, including Le Mans-winning driver Tom Kristensen, American endurance legend Hurley Haywood, and YouTuber extraordinaire Doug DeMuro. The last one caught me by surprise, but given the enthusiasm DeMuro has for the brand, it probably shouldn’t be too much of a surprise. Overall, this video is a lot of fun, but as Audi videos go, the 2017 Super Bowl commercial is still tops in my book. So if you missed it, make sure to check it out!