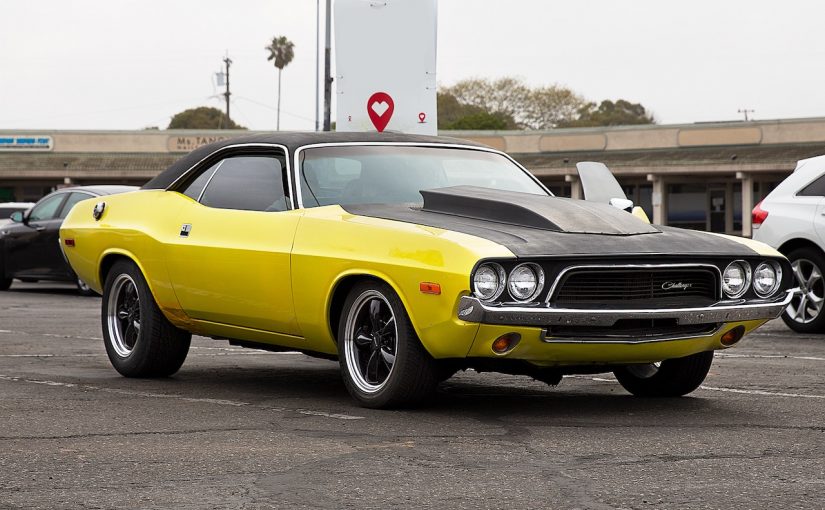 ‘If Muscle Cars Could Walk’, blogs our intrepid, photo-journalist, Jim Palam! ‘I was expecting a four-wheeled GTO Goat from Pontiac, not a four-legged Bovidae family member at the ORCUTT DERELICTS: DONUT RUN CAR MEET.’

When a carguy buddy of mine from the Central Coast told me, they were expecting some cool musclecars and other surprises at the Orcutt Derelict’s Donut Run car meet in Orcutt, he peppered that prompt to attend by also telling me there’s going to be a beautiful GOAT there that shouldn’t be missed. As a young guy growing up in the heyday of the American musclecar era and a GTO aficionado, it was a no-brainer that I’d go. Little did I expect how special this GOAT was going to be.

The Orcutt Derelicts are a fun group of enthusiasts who live in and around the unincorporated town of Orcutt in the Santa Maria Valley, just south of Santa Maria, CA. This area’s history and development has been heavily influenced by the petroleum industry, agriculture and the explosive wine industry. There are still plenty of local acres dedicated to ranching and well, maybe this is a good time to tell you about that beautiful GOAT.

When I drove into the parking area near the Golden Donut bakery I quickly spotted some of the promised muscle – a bright-orange Z/28, a Bumble-Bee, race-worn Challenger, a rev-me-red SS Chevelle with injector stacks punched through the hood, a 1970 weathered-bronze 360 Ram Air AMX and a modified Buick GS Skylark with cross-ram Holleys, also punched through the hood.

It was great seeing my buddy Tony LaPolla and his wicked ’49 Studebaker Commander that he has lovingly transformed into a 1960s-style gasser cleverly named “Stude-A-Shaker.”  But where’s the beautiful GTO I thought, as I grabbed my camera and said Hi to Tony. Then I spotted it. It was being off-loaded from a farm truck and it, was on a leash. Now where I come from GTOs have four wheels, not four feet. I had been had.

The furry goat’s name was Rocky and his polite and photogenic handlers were young twins who live on their family’s nearby ranch. Without me asking, they gathered together with Rocky and posed for a picture. I began to notice that there were more youngsters at this rural gathering than I have seen at the bigger city events.

As I was thinking about this young-with-the-old vibe, two modern aerodynamic machines joined the parking lot lineup of classics – a ‘17 McLaren 570 GT and a supercharged ‘18 Lotus Evora 400. OK, I’m guessing these guys must have driven up from the LA area but turns out they were just two donut and speed-loving locals.

Since I was running late for an appointment back in Solvang I quickly grabbed shots of other noteworthy machines that had caught my eye. There was a beautifully upholstered, Candy-Tangerine ’57 Chevy, a plain-as-vanilla ’51 Plymouth Cambridge two-door, an arrest-me-red dune buggy, a mildly modified ’58 Chevy Apache pickup, a low-riding ’61 T-Bird and a ’74 T-Top Corvette sporting a plate that read UCIMBAD. Duly noted.

With my appointment looming I hurried back towards my car but noticed that my path was now blocked by two of the Orcutt Derelicts and two canine sentinels. Stopped where I was, I asked the gents how they were enjoying the Donut Run meet-up. They just chuckled, seeming to enjoy my halted progress. Mind if I take your picture I asked, at which point the brawny brown man-eater approached me and started sniffing my pant leg. Finally, the man at the end of the carnivore’s leash spoke up: “Don’t worry, he’s as friendly as that GOAT you photographed earlier this morning.” Turns out everybody and every critter at this unpretentious and fun gathering was friendly and there for the same reason I was: The cars. It’s always the cars…and the people!

Whenever you’re in the Santa Maria/Orcutt, CA area, check out the mouth-watering donuts at, https://onthe101.com/the-golden-donut/