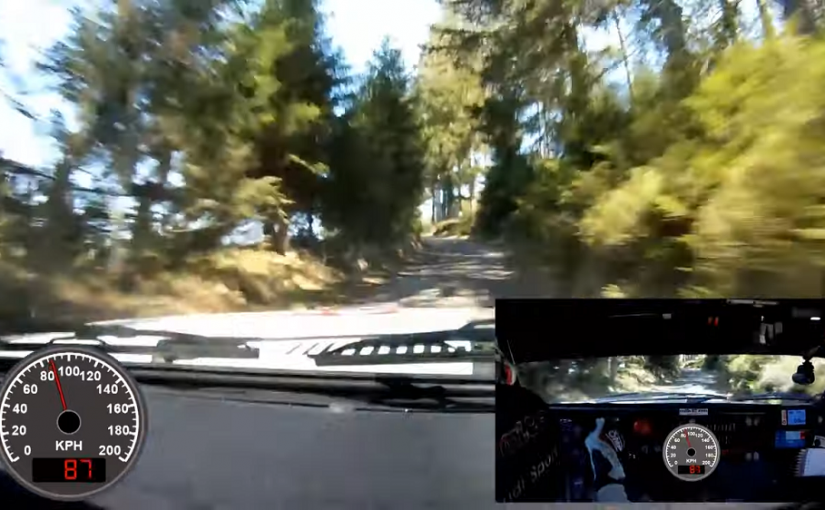 Strap in and watch this Audi quattro S1 rip through a special stage of the FIA European Historic Rally Championship.

Since this is a site dedicated to everything Four Rings related, I’m always stoked to learn about the latest and greatest kit that the wizards of Ingolstadt are bringing to market. But while the emerging tech like e-tron GT and hot rod wagons like the MTM Avant are all well and good, there’s a special place in my heart for the ferocious rally cars that Audi built its reputation on — like the incredible quattro S1. Seriously, I wish I was cool enough to drive a killer replica, like this amazing tribute.

But while we Audi fans might talk about how just how dominating the S1 was in the World Rally Championship all the time, it’s tough for mere mortals to conceive of just how incredibly fast this machine was in that rough and tumble world. Fortunately, videos like this clip from the FIA European Historic Rally Championship exists, and while it’s not exactly like riding shotgun on stage, if it doesn’t get your blood moving, you should probably see a doctor.

This was shot on Special Stage 11 of the historic Vltava Rallye, and features Italians “Zippo” and Denis Piceno ripping down some scary-tight roads at speeds which will make your toes curl. Thanks to the pair’s teamwork, they would go on to win the stage overall, snatching victory from driver Karl Wagner’s Porsche 911 SC. But even if they hadn’t managed to claim victory, this footage would still be killer to watch. Race tracks are one thing, but can you imagine going past homes and barns at this pace?

This is exactly the kind of video which makes me want to book a class with Dirtfish, the rally school in my neck of the woods. While I’ve never been over to their facility, a brief introduction to high-performance techniques at Team O’Neil Rally School a few years back gave me a taste of what to expect, so I know it would be an absolute blast. Check out the video below, and let me know if you stumble across any awesome POV rally videos — I love these things!