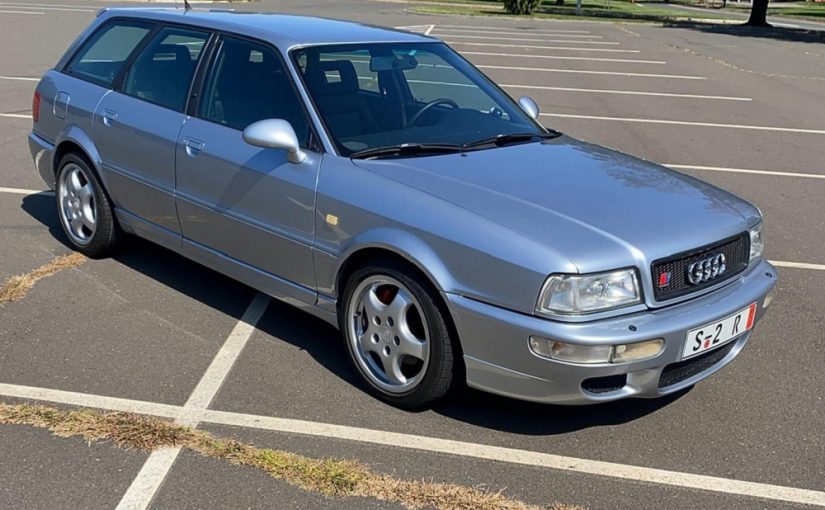 Since it was never available in the States, the Audi RS2 Avant has long been a coveted piece of forbidden fruit for American Four Ring fans. Thanks to the 25-year import rule, however, these wild wagons are beginning to pop up for sale on our shores. And if this example currently listed on Bring a Trailer is any indication? Prices are poised to explode. At press time, there’s still two days of bidding left — and it’s already just $277 away from the model’s record price on the site.

Now, given that BaT auctions routinely spiral into bidding wars as the clock winds down, it’s almost certain that a new high-water mark is about to be set. The only question is exactly how high that mark will be. From reading the vehicle description — along with the savant-like comments from the peanut gallery — it’s clear this is exceptionally nice example of the RS2 Avant, so it’s entirely possible it could be an outlier. But I don’t think so.

Only around 2,900 examples of this legendary longroof were made, so it was rare from the get-go, and the fact that it’s the first Audi to wear an RS badge makes it even more special. Upping the ante of course, is that the RS2 Avant was a collaboration between Audi and Porsche, and you don’t have to look hard to see Stuttgart’s influence. Because while the sheetmetal is all Audi, Porsche tuned the turbocharged 20-valve 2.2-liter inline-five to produce a whopping 311 horsepower and 302 lb-ft of torque.

Not content just to provide some extra ponies, Porsche also handed assembly of the RS2, and added wheels and brakes plucked from the contemporary 911. As you’d expect of a performance machine of the era, power is routed to all four corners via a six-speed manual gearbox and Audi’s famous quattro system. All that kit added up to a zero-to-60 time of around six seconds, which doesn’t sound great in comparison to the current RS6 Avant, but was still impressive for the time.

With nearly 90k on the clock, it’s clear this machine is no garage queen, and I think that works in its favor. No cars like to sit, and if this baby has seen that many miles, it  means regular maintenance hasn’t been neglected. In fact, it’s even been worked on by the specialist crew at Audi Tradition, which replaced the water pump and some ancillary bits back in 2017 — so you know it was done right. I’ll update this post when we have a final price, but for now, stay tuned. This one is going to be interesting!