Where the outgoing Suzuki S-Cross lost out in kerb appeal, it gained in practicality, off-road capability, comfort, equipment and value for money.

This third-generation model builds on its predecessor’s plus points, adding style and a comprehensive safety and tech upgrade.

And let’s face it, it has to good because it’s battling it out with the likes of the Nissan Qashqai, Kia Sportage, Hyundai Tucson, Mazda CX-30 and Seat Ateca in the highly competitive family crossover sector.

The new S-Cross has a couple of aces up its sleeve. Unlike most of its rivals, not only is it also available with four-wheel drive (AllGrip in Suzuki speak), but it offers more equipment as standard, better fuel economy and lower emissions.

Add Suzuki’s hard-won reputation for reliability and top customer service and it becomes a serious contender.

So let’s start with the obvious. While the S-Cross retains much the same profile as the Mk 2, it now has a bolder, more rugged SUV appearance and it looks especially good from the front.

Priced from £24,999, at launch it’s only available with a lively 1.4-litre ‘Boosterjet’ turbo engine, which features a 48V mild hybrid system (there’s a 0.3kWh lithium-ion battery under the driver’s seat) developing 129bhp in total.

Delivering a 0-62mph acceleration time of 9.5 seconds (2WD models) for both manual and automatic transmissions and a top speed of 118mph, it is capable of up to 53.2mmpg, while CO2 emissions are as low as 120g/km. And those last two stats are class-leading.

There’s a step-up inside too. While it’s not state-of-the-art, it’s spacious, comfortable and logically laid out.

It’s well built too, though we’d prefer some soft-touch surfaces. It’s also refreshing to find some buttons and dials in addition to the touchscreen (a big improvement on its predecessor, though still not the slickest system ever).

There’s plenty of space for passengers, but the panoramic sunroof does eat into the headroom, so don’t forget to sit in the back on a test drive.

Boot capacity is a useful 430 litres, rising to 875 litres with the rear seats folded down. There are also useful storage spaces around the cabin.

Our only gripe is that the driver’s seating position is a little on the high side, but it won’t be a deal breaker for most potential buyers.

On the road the new Suzuki S-Cross is easy and fun to drive. The engine is eager, and thanks to the car’s lightweight construction and that boost from the battery, it feels lively and only becomes vocal if pushed hard.

Like most SUVs, there’s a little body roll in faster corners, but overall it feels composed and surprisingly agile, while both the automatic or manual six-speed gearboxes are a pleasure to use.

It’s ideal for the city, with light steering and good visibility, plus all-round parking sensors and a rear camera.

What’s more, if you’re no stranger to extreme weather conditions or you simply want extra peace of mind, then four-wheel drive is fitted as standard if you opt for the Ultra trim.

Use Snow for the obvious and other slippery conditions, while Lock is for controlling the car in snow, mud, or sand. 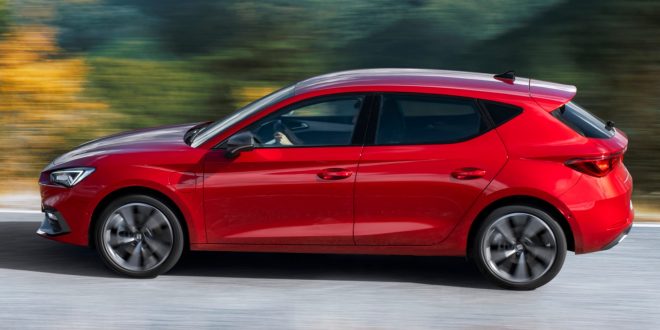 SEAT has reached a new landmark in the UK – the sale of one million vehicles.

The milestone car was Leon e-HYBRID (plug-in hybrid) registered by Pulman SEAT (based in Southwick, Sunderland) and sold to a private customer.

The UK is SEAT’s third largest market, after Spain and Germany, and it has exported cars here since September 1985.

The first models were the first-generation Ibiza and the Malaga saloon, with both models initially achieving a combined first year sales total of 405.

By comparison, SEAT sold 68,800 vehicles in 2019, a new UK record for the brand, and was one of the fastest growing major automotive manufacturers in the country.

“The UK is one of SEAT’s largest and most significant international markets,” said Richard Harrison, Managing Director of SEAT UK.

“This is a tremendous milestone and comes at a time when SEAT offers its most diverse range of vehicles yet.

“Our SUV family – Arona, Ateca and Tarraco – have sold extremely well within the UK, while legacy models – Ibiza and Leon – continue their longstanding popularity.

“It’s fitting that the one millionth car is a Leon e-HYBRID as it symbolises SEAT’s journey towards electrified powertrains.”