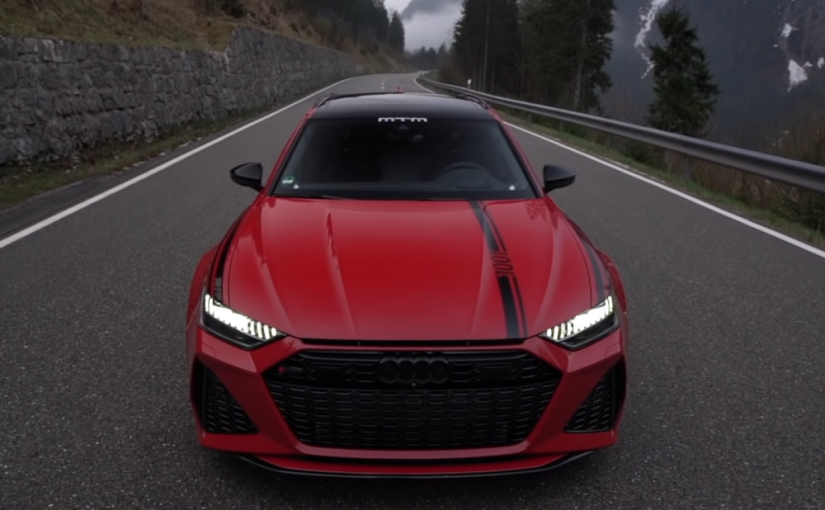 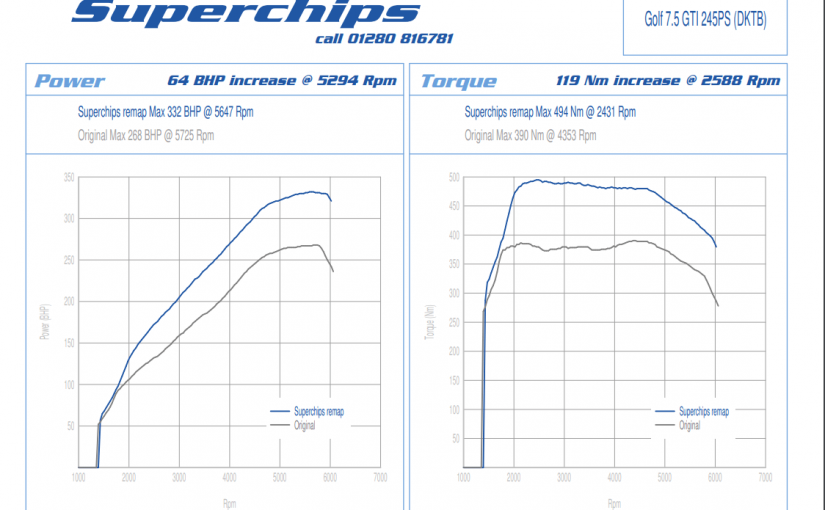 Volkswagen have been fitting Gasoline Particulate Filters (GPF) to their latest petrol engines in order to meet the new Euro 6 emissions regulations, and this has led to some work for aftermarket tuners. GPFs add extra complications to the petrol engine and more work for the ECU, and that in turn means new tuning maps are required. Superchips have been looking at the Volkswagen Golf GTI in its facelifted Mk7 guise and have managed to release quite a few spare horses from under the bonnet.

Their stage 1 remap pushes power from the 2.0-litre TSI up by 64bhp, with torque increasing by 119Nm. Those are seriously impressive figures for a Stage 1 remap, and for £399 fitted that’s a big bang for your buck.

However, something else stands out in the power chart below. Superchips dyno figures are quoting the original power output as 268bhp and torque as 390Nm, which is a big jump from the official figures of 241bhp (or 245PS in metric land) and 350Nm. So is the GTI a lot fitter than VW claim or has something else been done to this car? 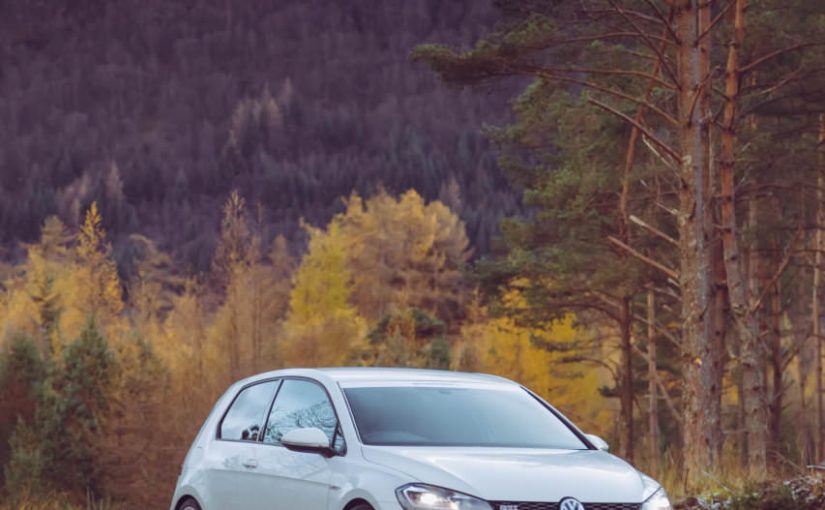 Essex-based tuners Mountune are continuing to look at upgrades for the Volkswagen range and are now ready to release their first upgrade the Mk7.5 Volkswagen Golf GTI under their m52 brand.

Their m52 Stage 1 GTI package boosts power and torque “without compromising on the vehicle’s safety or reliability”. The Stage 1 Power Upgrade can be yours for just £715.50 (including VAT) and allows you to tune the car yourself by simply plugging in the mTune handset.