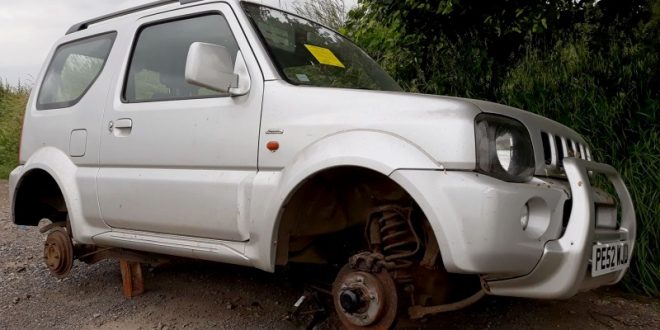 New research by Direct Line Motor Insurance has revealed the UK postcodes with the highest rates of vehicle crime.

The postcode with the highest volume of vehicle crime* is CR0 (Croydon) with 6,005 recorded crimes over the past three years. That’s an average of five every day, or 39 for every 1,000 residents.

This ranks ahead of NW10 (Brent), N17 (Haringey), E17 (Waltham Forest) and NW2 (Barnet), with the highest-ranking non-London postcode being LE3 (Leicester) in seventh place.

The B40 postcode in Solihull, West Midlands, had the highest proportion of vehicle crime as a percentage of all recorded crime over the past three years. Almost a quarter (24 per cent) of all crimes in the area related to vehicles.

The study also revealed that a total of 347 cars are stolen every day across the UK.

Car theft is not distributed evenly throughout the UK, as England and Wales have a higher rate of car theft than the rest of the country, with 203 thefts per 100,000 people compared to 77 in Northern Ireland and 91 in Scotland.

“It is troubling to see the scale of vehicle crime across the UK,” said Lorraine Price, head of motor insurance at Direct Line.

“These are not isolated incidents; every year thousands of cars are stolen, or damaged as criminals break in to take items left in them.

“No matter where you live in the UK, it is important to be vigilant. Simple steps such as ensuring your car is double locked and parked in a well-lit area may help deter a criminal.”

Do you suffer from ‘breakdown anxiety’?