The most powerful Phase III Corvette built in 1969 – MOTION 482-INCH VETTE: THE BEAST FROM BALDWIN was close, but not a true Baldwin-Motion car.  It was a 600-horsepower Vette built on a brand-new Stingray from Reedman Chevrolet, supplied by purchaser David McCaughey, a returning Vietnam vet. 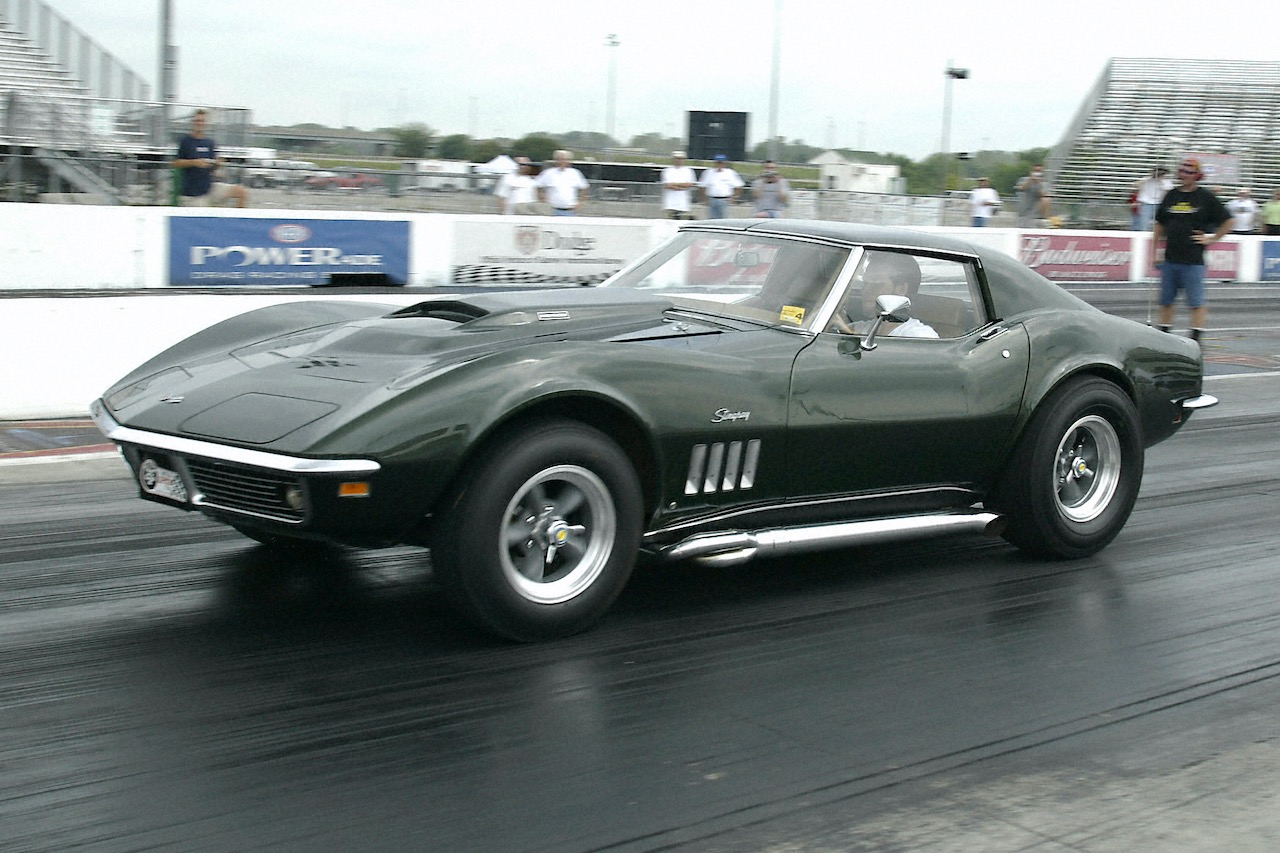 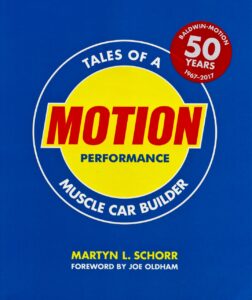 After serving a couple of tours in Vietnam in 1968, McCaughey returned home to Southampton, PA and gave serious thought to buying the car he had been dreaming about for the past year – a super-performance big-block Corvette.  He had read about Phase III Corvettes in auto magazines and Baldwin-Motion catalogs while in Vietnam and wanted a Joel Rosen-built, Motion-powered Phase III Corvette.  Had he not found a great deal on a new one in stock at nearby Reedman Chevrolet in Langhorne, he would have ordered the Corvette from Baldwin Chevrolet.  On March 14, 1969 McCaughey took delivery of a Fathom Green coupe powered by the venerable tri-power 427/435.  After getting a temporary tag at Reedman, he drove just over 100 miles to Motion Performance to meet Joel Rosen!

McCaughey set the performance parameters for his new ride:  10-second track times, comfortable 120-mph cruise speeds and 160 mph top end.  Rosen came up with the formula for creating his  most powerful street Corvette ever, and turned McCaughey’s vision into reality.  To deliver this level of performance, Rosen recommended a special-order, bored and stroked 482-inch ZL/X Elephant motor.  McCaughey signed on the dotted line!

A lot of work went into the drivetrain and chassis as part of the Phase III conversion.  The four-speed was fitted with a Hurst shifter and a SEMA-approved clutch/flywheel assembly and scattershield were added.  Factory 4.11 Posi gears were removed and the rear fitted with a special 5.13 assembly.  Chassis modifications included Super-Bite suspension with traction bar and Koni and Cure-Ride shocks. 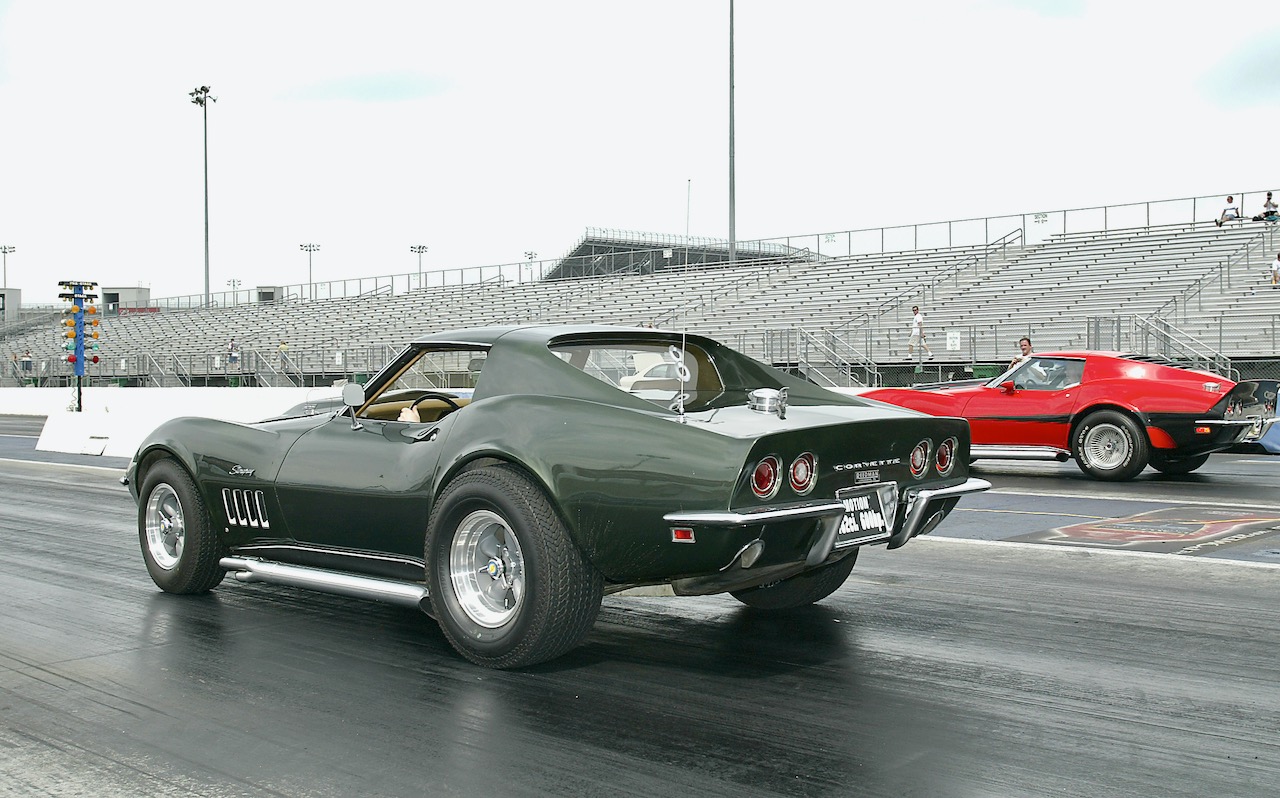 Two Motion Corvettes, a 600-horsepower Phase III Corvette and a Manta Ray, line up for a run at the 2004 Supercar Reunion. (Photo: Jeff Murphy)

In 1973 McCaughey blew the Corvette’s clutch and had it towed to his garage.  And that’s where it stayed, blown clutch and all, until being sold 21 years later to Anthony Marchino. When Marchino titled the Corvette on August 17, 1994, the odometer showed 14,800 miles.  Mark Rusden of Huntingdon Valley, PA, purchased it in December 2002 and the title transfer shows 14,893 miles.  When the Phase III Corvette was photographed at the Supercar Reunion its odometer showed 14,927 miles.  “I put most of those 34 miles on a quarter-a-mile at a time,” said Rusden!

What makes this Phase III Corvette truly unique is that its 482-inch Motion engine and drive train were built for racing – yet they have survived.  The body and interior have never been restored!  The gas tank sticker is still in place and original emission stickers and crayon markings are still on the firewall. Rear body mounts and bushings still have traces of original assembly masking tape.  In addition to being documented by Joel Rosen as a genuine Motion Phase III Corvette, there is a complete paper trail dating back to pre-delivery paperwork from Reedman.

In August 2005, the Motion Phase III Corvette changed hands yet again. It crossed the block at the RM Monterey Sports & Classic Auction, bringing $198,000.  It became part of John O’Quinn’s huge collection in Houston, TX where it was surrounded by hundreds of rare classics and exotics. Since then, it changed hands a number of times and is once again up for auction on Bring A Trailer.

Check out Hagerty’s Brandan Gillogly story on the MOTION 482-INCH VETTE: THE BEAST FROM BALDWIN @ https://www.msn.com/en-us/autos/enthusiasts/motion-s-phase-iii-corvette-was-a-600-hp-street-strip-stingray-you-could-buy-from-a-dealership/ar-AAMRhxy