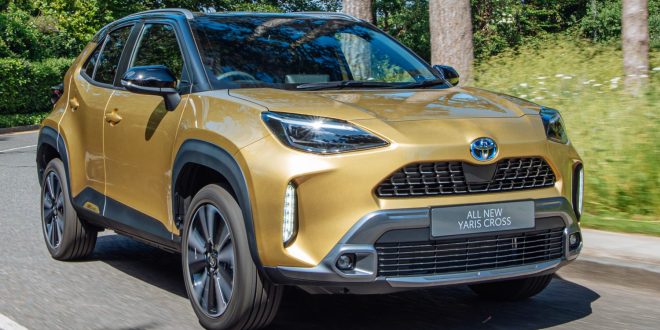 Since childhood, we have been told that practice makes perfect. We have learned that nothing is achieved or improved without hard work and repetition. As the great golfer, Gary Player, once said: “The harder I practice, the luckier I get.”

All manufacturing and technical companies focus on one aspect of their general operations so that they become expert and gain a certain reputation that attracts clients who have confidence in their products and services.

Car companies are no different. For example, Porsche’s cars are dynamic to drive with supreme build quality, while Skodas are spacious and deliver great value for money.

Toyota is known for many things – and hybrid technology is right up there. The Japanese giant was the first to launch a mainstream model that combined petrol and electric drive with the Prius in 2000 (UK debut). What’s more, it’s been able to use that knowledge and expertise gained over the years to constantly improve the system and apply it to a broader range of models.

The highly successful Yaris supermini has become a hybrid-only car since its last major update in 2020 and combines a 1.5-litre three-cylinder petrol engine with a small battery and electric motor.

Now, to compete in the currently popular small SUV sector, Toyota has launched the Yaris Cross, which has the same chassis and powertrain, but rides higher and has an off-roader look.

The electric motor produces up to 79bhp and the maximum output for petrol and electric combined is 116bhp. The gearbox is an automatic continuously variable transmission (CVT) and drive is through the front wheels.

There will be a four-wheel drive option in due course but you will pay an extra £2,360 for the benefit. The range offers five levels of trim and equipment – Icon, Design, Excel, Dynamic and Premiere edition.

However, even the base Icon has keyless entry, Apple CarPlay, 16-inch alloy wheels, a rear camera, climate control and adaptive cruise control.

The interior is basically the same as the new Yaris hatchback, which means that it’s clear, functional, modern and features the latest technology.

Rear space is pretty good for two with average knee room, but would be a push for three adults. The boot is roomy at 397 litres (expanding to 1,097 litres with the rear seats flipped down). A raised and flat false floor is available on higher trim levels.

So how does all this cutting-edge hybrid technology work on the road? Is it smooth in operation and does it provide decent fuel economy?

Well, the clever electronics ensure that the Yaris runs on pure electric power up to 30mph until the battery runs out or you need extra acceleration. It then transfers to hybrid drive and the change is seamless. Engine noise is suppressed and the CVT transmission works well, as long as you don’t floor the accelerator, at which point the revs shoot up.

A dashboard display tells you how much electric driving you are doing and the state of the battery. I found that this encourages a gentler driving style which can only benefit economy.

In fact, despite an officially quoted fuel consumption of 55-60mpg, I managed to get an indicated 70mpg on a particular varied run without too much trouble. Impressive stuff. The handling is pretty good and the steering is sharp, though some may find the ride is on the firm side.

Overall, it would be wrong to call it a dynamic drive, but then it’s not designed for that. Buy the awesome GR Yaris if you want serious fun.

So, job done for the boldy styled, spacious new Yaris Cross, which works as a good value, fuel-efficient commuter or small family car.