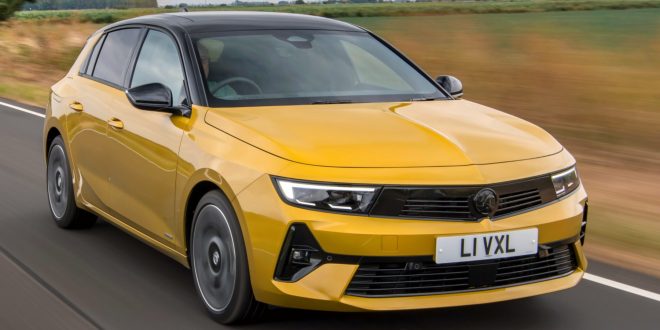 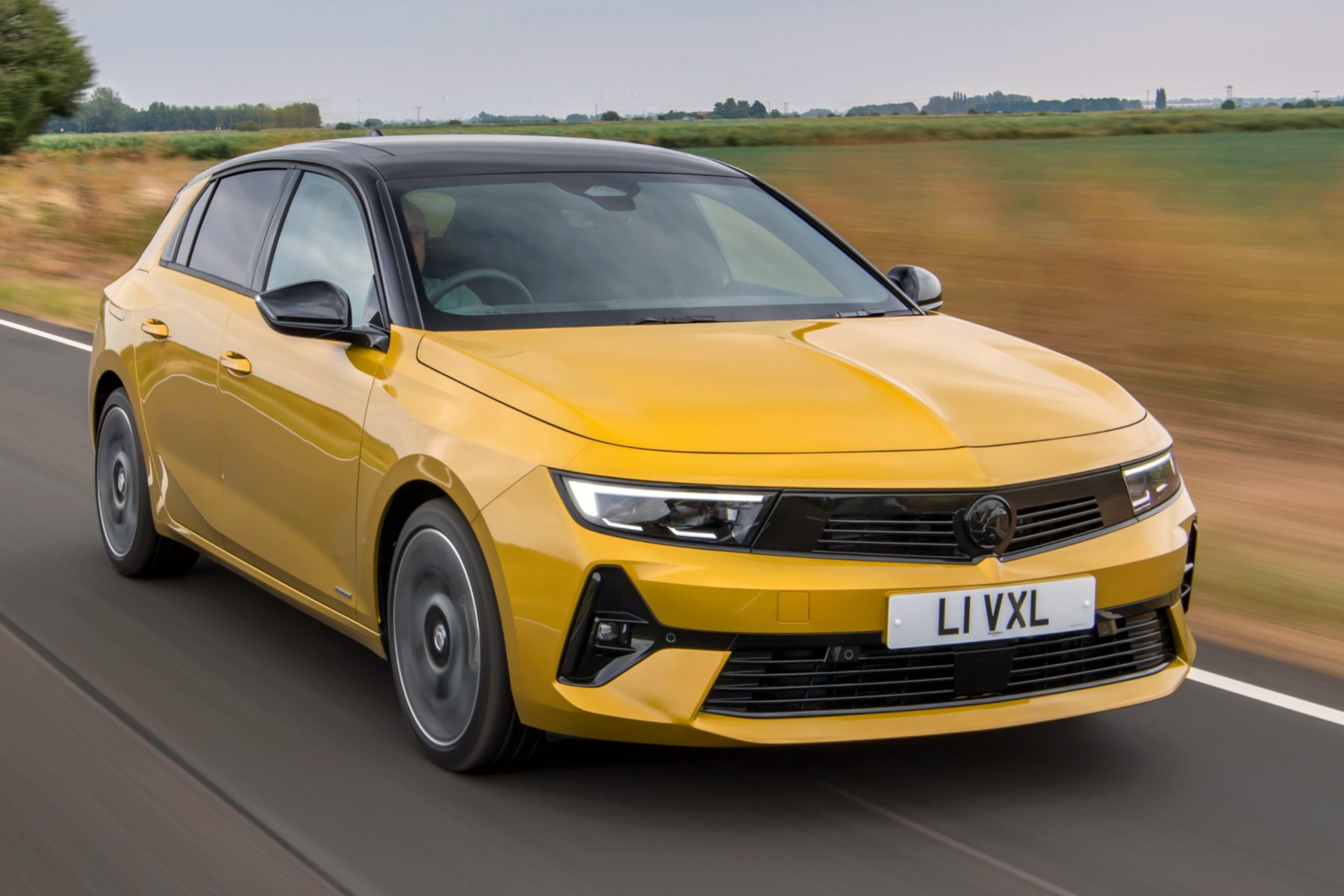 We road test the all-new Vauxhall Astra hatchback – is it as good to drive as it looks?

When the Vauxhall brand was bought in 2017 it was the best thing that could have happened to the UK’s oldest surviving car brand.

Cynics thought it would be left to wither on the vine while PSA focused on Peugeot and Citroen.

Again in 2021, many thought the worst when PSA merged with Fiat Chrysler Automobiles (FCA), joining yet more brands including Fiat, Jeep and Alfa Romeo.

The reality is that new ownership has led to a renaissance for Vauxhall. Just look at the latest Corsa and Mokka – the first fruits of the merger. The supermini, which is available with petrol, diesel and pure electric powertrains, was the UK’s biggest selling new car of 2021, and is leading the way again in 2022. 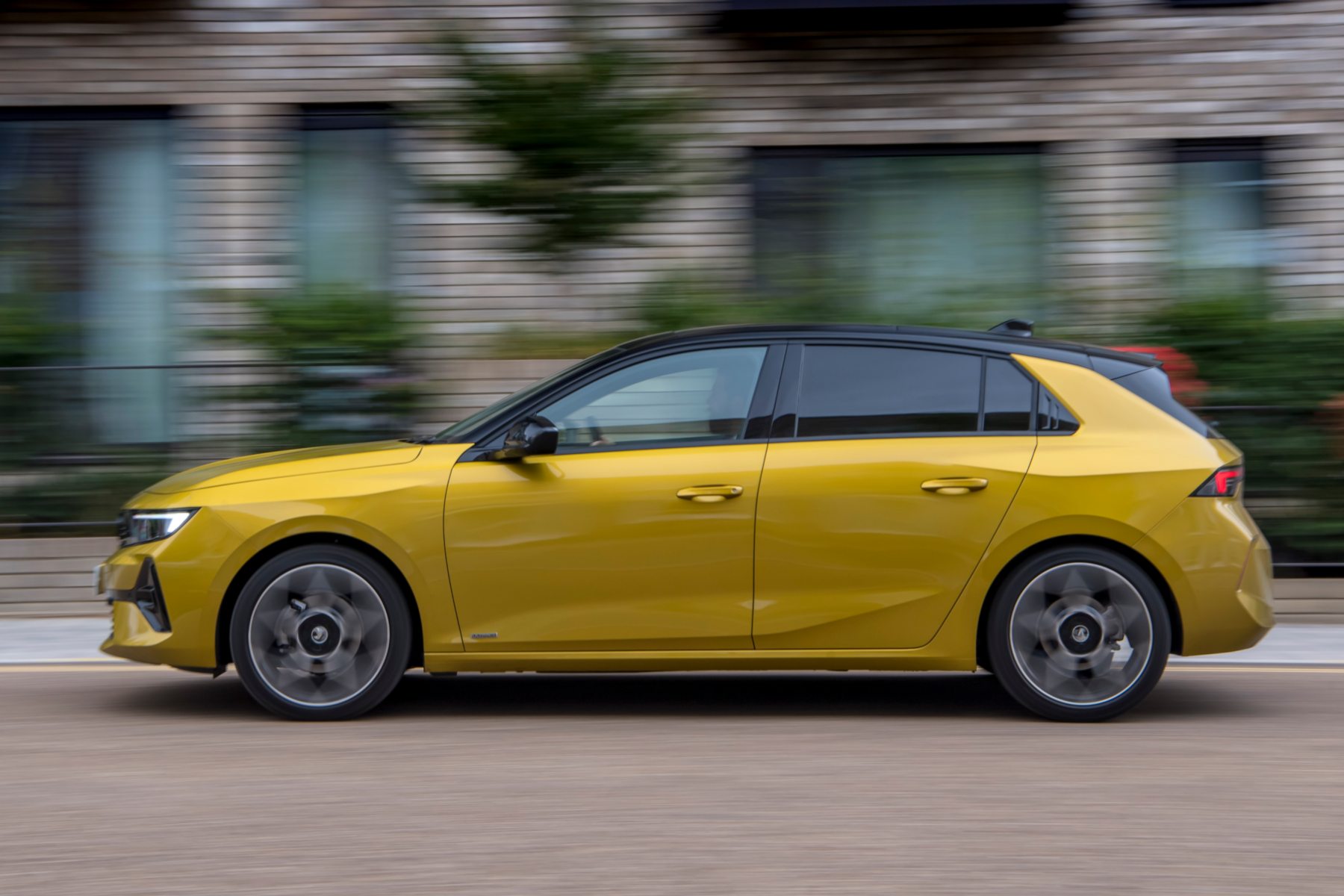 The eighth-generation Astra hatchback (it will be joined by a handsome Sports Tourer variant later this year) is a step-up from its dull, but worthy predecessor.

Initially offered as a petrol, diesel or plug-in hybrid (PHEV), a 100% electric version will join the range in 2023.

If a car could jump straight to the top of the class purely based on looks, then the Astra would be a contender.

With a striking new design, it’s a car transformed. Slighter larger than the outgoing model, it has a sporty stance and Vauxhall’s ‘Vizor’ front end design works especially well. 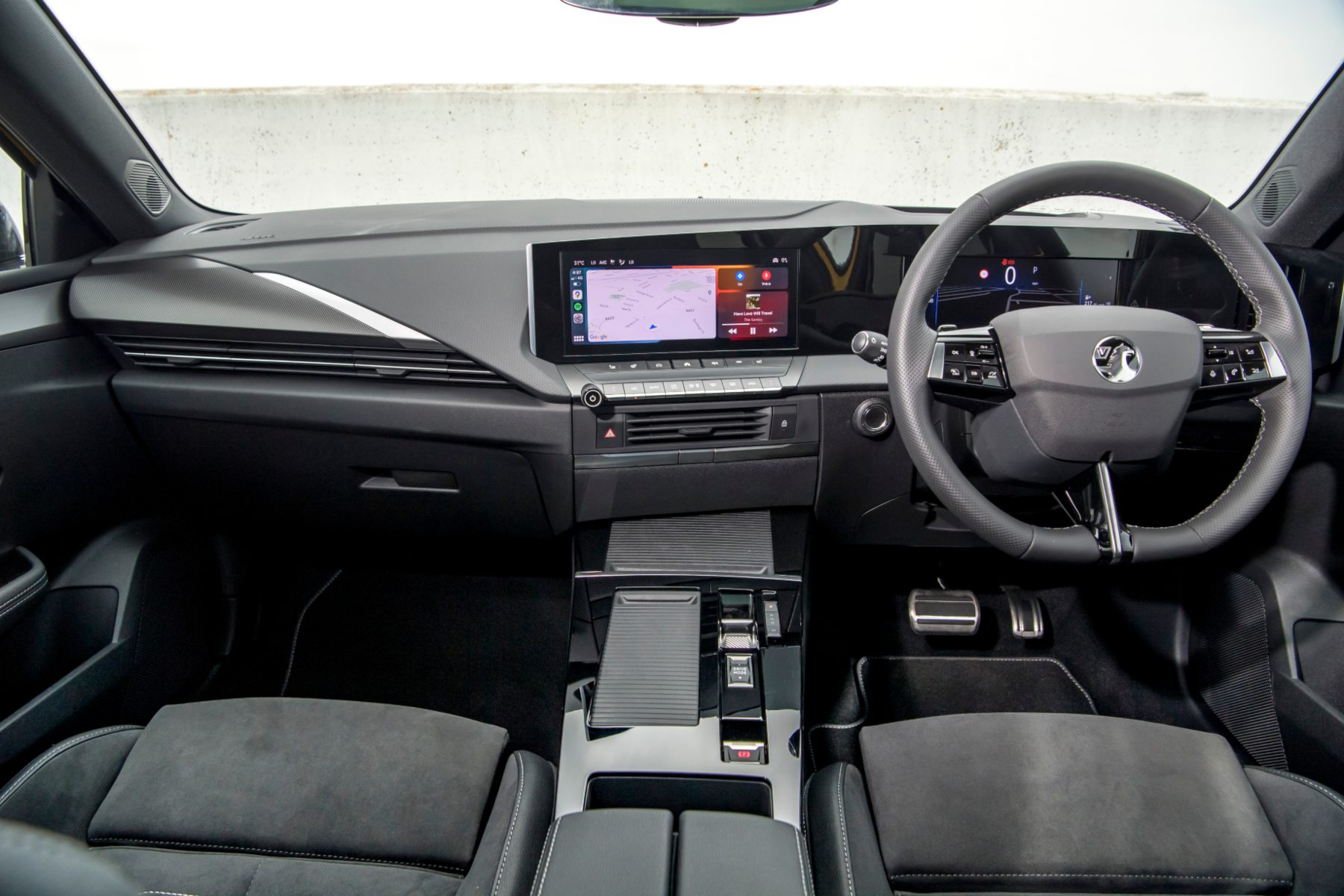 It’s also available in some eye-catching colours, including Electric Yellow and Cobalt Blue.

Competitively priced from £24,315, there are three trim levels – Design, GS Line and Ultimate.

You get 16-inch alloys wheels as standard with Design, plus a 10-inch infotainment system with Apple CarPlay and Android Auto connectivity, LED headlights, cruise control and keyless start.

Under the bonnet there’s a choice of two 1.2-litre, three-cylinder petrol turbo engines (109bhp or 128bhp), the more powerful of which gives you the option of an automatic gearbox. There’s also a 1.5-litre diesel, which produces 128bhp.

However, if you can afford the range-topping Hybrid-e, it mates a 1.6-litre four-cylinder turbocharged petrol engine (148bhp) to an electric motor, giving a combined output 178bhp.

A 12.4kWh lithium ion battery supplies an EV range of up to 43 miles and can be charged in less than two hours courtesy of a 7.4kW home charger.

In theory, economy could be as high as 256mpg, while CO2 emissions are a low as 24g/km.

As ever with any PHEV, it works most efficiently if the battery is kept charged up.

The big takeaway is that if your daily commute is around the 25-mile mark (in line with the UK average) and you can charge overnight at home, you’ll save a stack of money on fuel and your visits to the petrol station could be few and far between.

We tested the PHEV, plus the 1.2 (128bhp) petrol, which in mid-spec GS Line is expected to be the biggest seller.

The first thing you notice inside is that it’s spacious and uncluttered up front with the slick new infotainment set-up. Thankfully there are still some short-cut buttons below the centre touchscreen, so accessing the heating, for instance, doesn’t involve flicking through a menu.

The interior is well enough put together, but the Astra won’t be troubling premium opposition when it comes to the quality of materials used (there are very few soft-touch surfaces for one), then there’s the amount of road and wind noise that makes its way into the cabin at higher speeds. That said, the seats are surprisingly comfortable and it’s easy to find a good driving position.

It’s a little tight for larger passengers in the rear, while the boot (422 litres) is around 40 litres more than the Volkswagen Golf, Seat Leon and Ford Focus. However, the PHEV version has a smaller 352-litre boot because of the battery storage under the floor of the car.

With the split-folding rear seats down, the hatchback offers 1,339 litres of total space, compared to the hybrid’s 1,268 litres.

On the road, the 1.2-litre engine is thrummy if pushed, but punchy enough for everyday use and settles down nicely at motorway speeds. However, more spirited drivers will have to work it fairly hard to make rapid progress.

That said, it rides well, there’s good grip and the steering is light and responsive. Driven sensibly it will reward you with fuel economy as high as 50mpg.

We’d advise sampling both the six-speed manual and eight-speed automatic gearbox. The manual has a long throw and isn’t the slickest.

If you can afford it, the PHEV offers more performance, refinement and potentially hugely reduced running costs.

It’s a little heavier than its petrol-only sibling, thanks to the battery pack and electric motor, so the set-up is a little stiffer, but it feels settled and progress is generally smoother.

The switch from petrol to hybrid and vice versa is almost seamless, while body control in more challenging corners is well controlled in both versions.

The Vauxhall Astra is one of the UK’s most popular cars with a success story stretching back to 1979. The Mk8 is a big improvement and the best yet, even if it’s not top of the class for driver engagement.

Verdict: The all-new Vauxhall Astra is one of the most stylish and capable hatchbacks on the market. Competitively priced, comfortable and cheap to run, it handles well and is another winner for the reinvigorated Vauxhall brand.