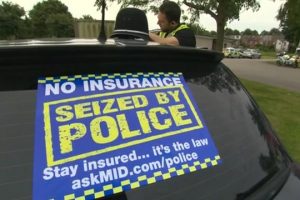 The implications of having your vehicle impounded by the police can be severe. The financial penalties alone can have a major impact, with fixed penalty notices and storage fees accruing on a daily basis at the storage compound. The costs don’t end there, though, as you could also have your driver’s license endorsed which could make it really difficult to find insurance in the future without the help of an impounded car insurance specialist.

Seized vehicles seem to be a hot topic in the news of late. Articles about the number of uninsured drivers being caught and reports of new police campaigns and crackdowns are becoming common amongst the pages of most newspapers. The number of cars, vans and motorcycles being seized is growing year on year and while most people now know that your car can be seized for driving without insurance, there are other reasons that your car could be impounded.

The law allows certain specially trained police officers to confiscate vehicles for a number of reasons. These laws have been implemented to help the police that are patrolling our roads to remove vehicles that are being used illegally or in ways that can cause danger to other motorists or pedestrians.

With automatic number plate recognition (ANPR) systems fitted in almost every police patrol vehicle, it’s easier than ever for the police to identify drivers that aren’t properly insured. ANPR systems automatically scan the registration plate of the vehicles that come into their vision and compare the details to insurance databases that will notify the officers if there is a potential violation. 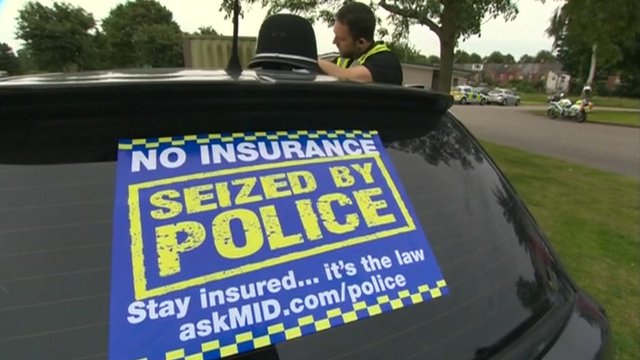 Cars can be seized by the police

If the police stop you because your vehicle is flagged by their ANPR system, or even as part of a routine traffic stop, and it becomes clear that you’re not properly insured; your vehicle can be taken from you and be transported to the police compound.

Don’t worry if you don’t have your insurance documents with you when the police stop you, as long as you’re able to provide adequate proof that you are insured the police will be able to confirm the information that you provide to their colleagues. Giving the officer the name of your insurance company and the date on which you arranged the cover is generally enough for them to check that you do have a policy in place.

The police can seize your car if you are deemed to be driving dangerously are in a careless mannerIf the police stop you because they think that you have been driving in a dangerous or alarming way, they have the power in extreme cases to seize your vehicle and have it towed to be impounded. You will be dealt with normally for your offense, being handed fixed penalty notices or a court summons.

Additionally, you will receive the paperwork concerning the seizure of your vehicle; primarily a vehicle seizure notice and information on what steps you need to take in order to recover your vehicle such as taking out an impounded car insurance policy and providing proof of this to the compound staff.

These powers have been granted to the police under section 59 of the Police Reform Act 2002, in attempts to offer a harsher deterrent to dangerous drivers and help to keep the roads safer for other users.

It’s important, if your car breaks down, that you do not leave it in a place that can be deemed as causing an obstruction because the police can remove it and have it taken to their compound. This means that you will not only have to fork out for potential repair costs but you will also have to pay compound storage and release fees in order to retrieve it. If your vehicle does breaks down and you have to leave it, it’s vital that you do what you can to make sure it is left in a safe way.