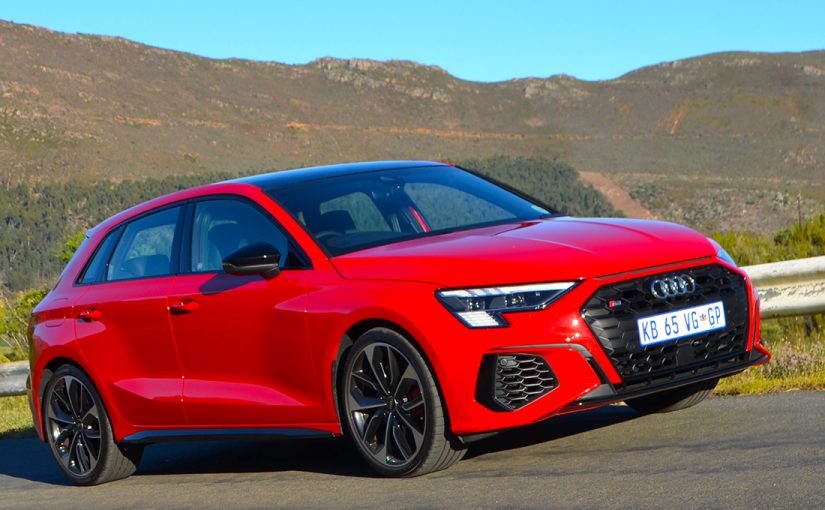 Take a cursory glance at the new 2022 Audi S3 Sportback and it seems quite conventional. It’s macho enough. Its streamlined flanks are a little more cut to feature quattro blisters this time around. As if it’s been to the gym. But it’s still reserved. Its real muscles are neatly tucked behind that executive German suit. So, it’s still typically Audi S. Not particularly demanding. Nor flaunting any undue expectation.

The Performance of Cars Three Times the Price But deliver it does – and then some. Boasting levels of performance you’d expect from a car three times the price, this one’s a proper wolf in sheep’s clothing. S3 rushes to 60 mph in just 4.5 seconds. And returns a sub-13 second quarter mile. That’s quick. Super quick!

Remember though, that this is the middling sporting Audi 3. Its wicked RS sibling is still coming, so S3 isn’t the highest ranked fighter in the gym. But it is more than enough to do the job. And the best thing about it, is how casually it goes about the business of punching so far beyond its weight.

You want to go? Just drive. Rocket launch? Plant your left foot on the brake, spool it up and let it loose. S3 squashes you into the seat, its quattro drive wastes no traction to launch. And run like the proverbial bullet all the way to the edge of its envelope. As if nothing is very special about that at all. And it will repeat that, ad nauseum, all day long. Some rivals will erupt in a cloud of tyre smoke and demand your greatest attention to eke out a competitive acceleration time. Not this quattro. Just repeat abovementioned procedure and go for it. And the old VBox will report identical data every time. Metronomic. And precisely why we prefer AWD cars beyond a reasonable power peak.

Of course, all those same advantages come into play to deliver a superbly handling, great roadholding and a fine-riding package. OK, it’s a bit mute. Supposedly to keep some of that brawn for the RS. And it makes the most peculiar noise. You’d swear it’s a five-pot listening to its ‘symphonic’ soundtrack.

But it isn’t – this is still basically the Golf R’s EA888 turbo direct petrol injected four-pot, premium tuned to out 306 horses and 295 pound-foot. With a little audio tuning to sound like a five inside. That’s 18 HP and 15 lb.-ft up. The big difference this time around is that S3 gains 48-volt mild-hybrid system to boost it on driving off, ‘torque-fill’ at low engine speeds and coast with the engine off in many driving situations. That also saw to that three-tenths of a second improvement in S3’s zero-to-sixty ability over the old one, to report a 4.5 second run in our tests.

Riding 0.6” lower than standard A3 models, S3 is also 0.8 inches wider and 1.6 inches longer than the car it replaces. It boasts a heightened RS-inspired look for a more substantial appearance. It’s further set apart by matrix-design LED headlights, a rhombus pattern grille design, larger quad exhaust tips. And it’s more aerodynamic too, thanks to a paneled underbody and improved wing mirror design. But the Audi S3 is far more than just a drag strip weapon to guard your traffic light reputation. All that is just a tiny fraction of what the exquisite S3 offers. This car is finely crafted around a brilliant specification. And there again, its build quality, look, feel and gadgetry defy its asking price. Take note that this Sportback version is not available in the ‘States. S3 only comes in Sedan get-up over there, so it has a trunk rather than this one’s voluminous hatchback. We get the choice of either boot in other markets. But there really isn’t any difference ahead of the D-pillar, so if you’re reading this in the US, just remember that nuance – there is little difference anywhere else.

In closing, most everything this Audi S3 does, is on the right side of average. Some may say it looks a tad drab. And it may be a touch tight considering its entry roots. But that’s all grabbing at straws.

It’s a Great All Rounder See, the 2022 Audi S3 is a great all-rounder. It does what you’d expect from a full-bore super saloon like its S6 – and even RS6 siblings. But it does so a fraction of the outlay. It’s a bargain that should never be overlooked – the ultimate wolf in sheep’s clothing – especially at the price.